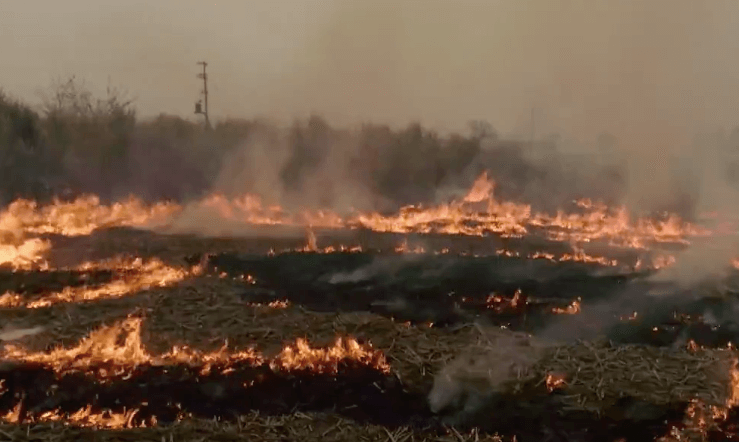 Stubble Burning 2020: Has the Government fulfilled its promises to wipe out the problem?

One of the many reasons for the hazardous air pollution in winters is stubble burning. Has the Government been successful to find solutions to the issue?

From the last few years, Delhi and its neighboring states battle with hazardous pollution during winters. One of the many reasons for this pollution is stubble burning, which usually starts from the month of October and spills over to November in the neighboring states of Punjab and Haryana.

The continuation of this practice by farmers is reported every year starting winter, and the serious concerns about its impact on air quality are raised.

In November 2019, the Supreme Court had asked the governments of Punjab, Haryana and Uttar Pradesh to immediately stop their farmers from stubble burning. “Who is responsible for stubble burning? State governments are responsible! They are only interested in electioneering. They have to be made liable in tort. We are making a mockery of everything,” Justice Mishra had said.

But, after almost a year of these announcements, we see little to no solutions being implemented to solve this crisis.

We spoke to Advocate Charanpal Singh Bagri who fights for the rights of farmers and had also filed a petition in the High Court on the issue of stubble-burning and depleting underground water level in Punjab. He was also a part of the documentary ‘Airpocalypse’ featured on Channel News Asia as part of their award-winning flagship investigative series, Undercover Asia.

Are farmers to blame?

Thousands of farmers clear their fields of old rice crop residue every year to make way for wheat by setting it alight. Farmers resort to burning the stubble as it is an easy and low-cost solution.

Even though the practice of stubble burning was banned in 2019 due to its significant contribution to air pollution in Delhi and adjoining areas, farmers flouted the rules due to a lack of affordable and accessible alternatives for preparing the fields.

According to Advocate Charanpal Singh Bagri, the government has failed to provide technology to the farmers to deal with the crop residue, i.e. the stubble, so they have no other option than to burn it.

According to the Ministry of Earth Sciences’ air quality monitor SAFAR, smoke from stubble burning in Punjab and Haryana accounted for 44 percent of pollution in Delhi on November 1, the highest in 2019.

“Crop residue burning has contributed a lot. This year (2019), its contribution was almost 44-45 percent bringing all the smoke to Delhi,” Central Pollution Control Board Member Secretary Prashant Gargava said.

‘Provide funds directly to the farmers’

In a bid to permanently end the annual air pollution woes, the Supreme Court in 2019 had ordered that all farmers should be given a Rs 100 per quintal incentive to prevent them from setting their fields on fire in preparation for the next crop and provide them free machines to get rid of the agriculture residue.

“The court had ordered that all farmers be given a Rs 100 per quintal incentive to prevent them from setting their fields on fire but the states have not released the amount. The entire amount is pending. Government has failed to provide the money. This is the condition of the state.” said Singh.

Charanpal Singh had approached the Bench last year with a request to “hold summary proceedings” on a petition filed in public interest for fixing minimum support price for “alternative crops” higher than Minimum Support Price (MSP) for paddy.

The state governments of Punjab, Haryana and Delhi have been in talks of taking action against stubble burning for a few years now.

Recently, in 2020, governments of Punjab and Haryana have submitted action plans to a Supreme Court-mandated panel to check stubble burning that includes a proposal to set up a 25-megawatt solar-biomass project and mobile applications for providing machinery on rent to farmers. But, all of this boils down to its implementation.

Is the government-provided technology benefiting the farmers?

“From the past five years, the government has provided techniques, technology, subsidies, etc but only on paper. The equipment, if provided, is not of good quality. Secondly, the company increases the price of the equipment and the subsidy is provided on the increased price. How is it benefiting the farmers?” said Charanpal.

According to a report by the Environmental Information System (ENVIS) Centre published in 2018 in Punjab, farm mechanization in the state has reached its “saturation point” and therefore “no more viable, both economically and environmentally”.

Citing data from the Punjab State Farmers’ Commission, the ENVIS Centre report states that Punjab has almost double the number of tractors it actually requires (which would be close to 16% of the total in India) going by the state’s net-sown area. The average annual use of tractors is only 450 hours, much below the minimum 1,000 hours of productive use in agricultural operations.

“This is leading to overcapitalization in farm mechanization and under-utilization due to decrease in farm size,” the report says. The state also has seen a boom in the sale of mechanized harvesters. The harvesters are designed to shave off the grainy part of the paddy, leaving loose straw in their wake, which farmers, in turn, find it cheaper to clear by burning.

Last year, the sub-group of chief ministers headed by former Madhya Pradesh chief minister Shivraj Singh Chouhan was formed to look at ways to converge the Mahatma Gandhi National Rural Employment Guarantee Act (MGNREGA) with agricultural policy. They had recommended that in order to curb pollution caused by crop burning, the high labor cost of converting biomass into compost could be funded through MGNREGA labor.

“In Punjab, using labor from MNREGA is not practical as the crop area is so big that the stubble can’t be collected by hand. It’s not possible,” said Charanpal.

The Punjab government has told the Environment Pollution (Prevention and Control) Authority (EPCA) that it has been utilizing crop residue through biomass-based power plants and various bio-CNG projects.

The state has now proposed to set up a 25-megawatt solar-biomass project.

Punjab has already set up 7,378 custom hiring centers (CHCs). The state will establish 5,200 more CHCs this year to accomplish the target of having one CHC in each village. The administration will provide 220 balers this year, according to the EPCA.

But Singh says, “The government wasted so much money on establishing biomass plants, but none of the biomass plants is in a working condition in Punjab right now. They have misused the money, the money which could have directly gone to the farmers.”

Solutions to the burning problem

“I want MSP of all crops to be fixed so that farmers do not just grow paddy but other crops as well. As of now, the MSP is fixed for paddy alone in Punjab, so farmers grow more and more of the paddy. But, if the MSP of other crops like pulses and sugarcane is also set and the government agencies purchase it the same way as they do with paddy, then, automatically the area under cultivation of paddy will reduce and the farmers will willingly go for alternative crops. Ultimately the issue of stubble burning and pollution would be reduced.” he said.

The problem is complex and blaming the farmers is not going to help. The Punjab, Haryana and Delhi Governments need to work together to find some practical solutions for the issue of stubble burning and air pollution keeping in mind the condition and need of the farmers. 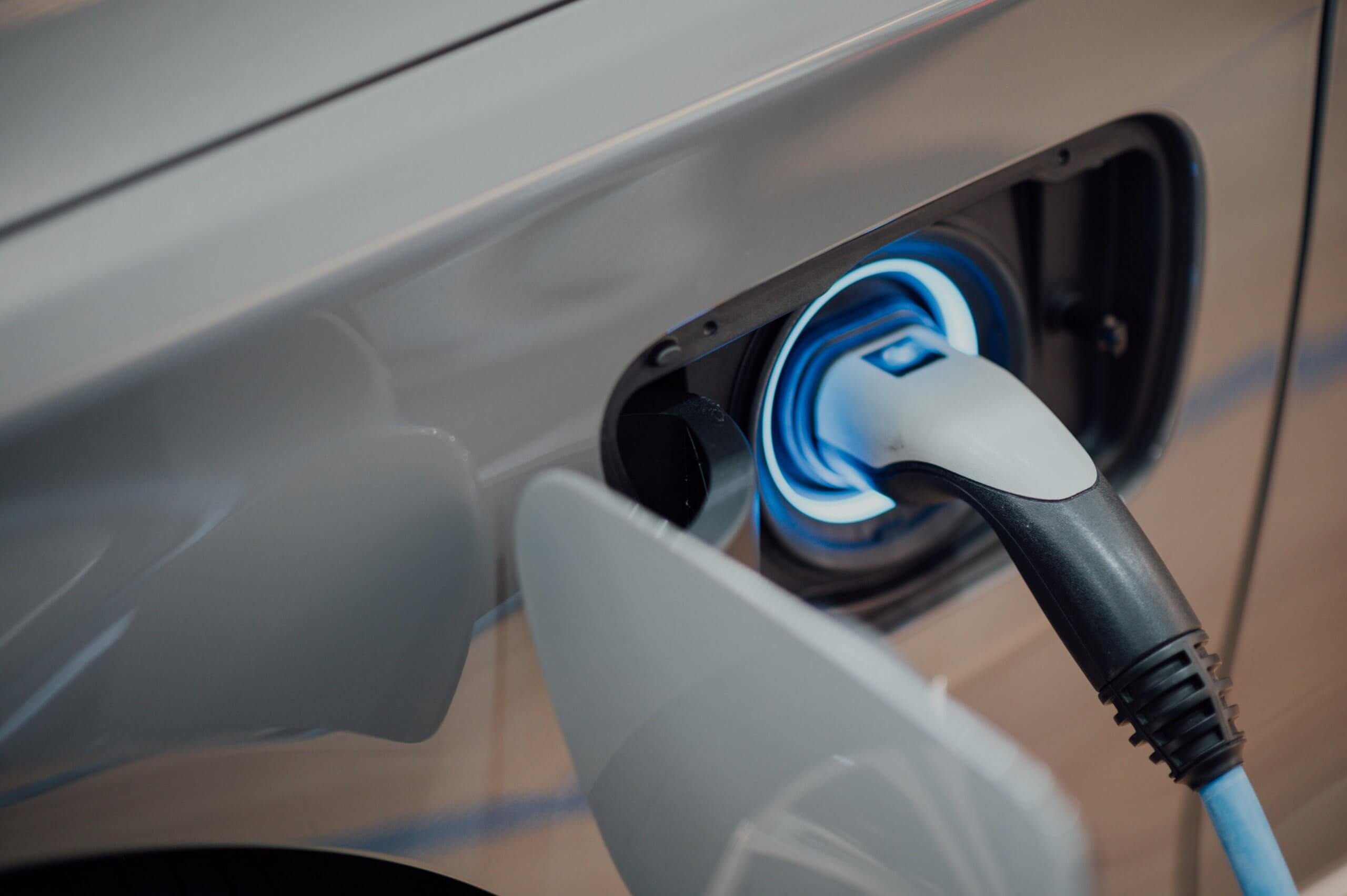 By Smitha Verma
Beirut Lebanon
Scan the snap code to watch our show!