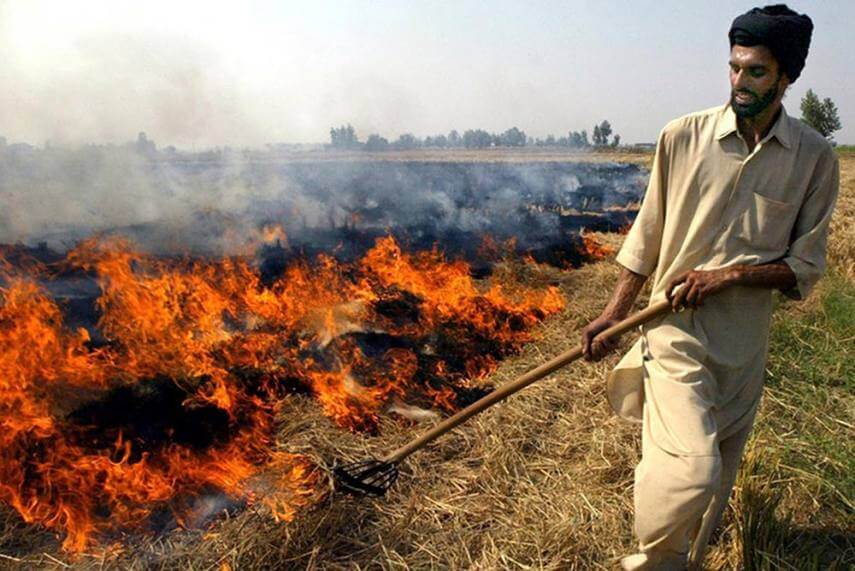 The Punjab and Haryana governments have submitted to a Supreme Court-mandated panel their action plans to check stubble burning.

The states have proposed setting up more custom hiring centres (CHCs) to give farm machinery on rental basis to farmers who cannot afford to purchase the high-end equipment for crop residue management and supplying more balers - a machine used to compress stubble into compact bales.

Proposed to set up a 25-megawatt solar-biomass project: Punjab Govt

The Punjab government has told the Environment Pollution (Prevention and Control) Authority (EPCA) that it has been utilising crop residue through biomass-based power plants and various bio-CNG projects are under process.

The state has also proposed to set up a 25-megawatt solar-biomass project.

The Haryana government told EPCA that a committee has been set up to look into the progress of bio-CNG and bio-ethanol projects and biomass plants to manage crop residue.

The state has set up 2,879 CHCs and 2,000 more will be established by October. As many as 791 balers will be supplied by the time harvesting starts.

A mobile application is being promoted for providing machinery on rent to farmers.

The state has already launched "Bhavantar Bharpai Yojana", a scheme for promoting cultivation of vegetables.