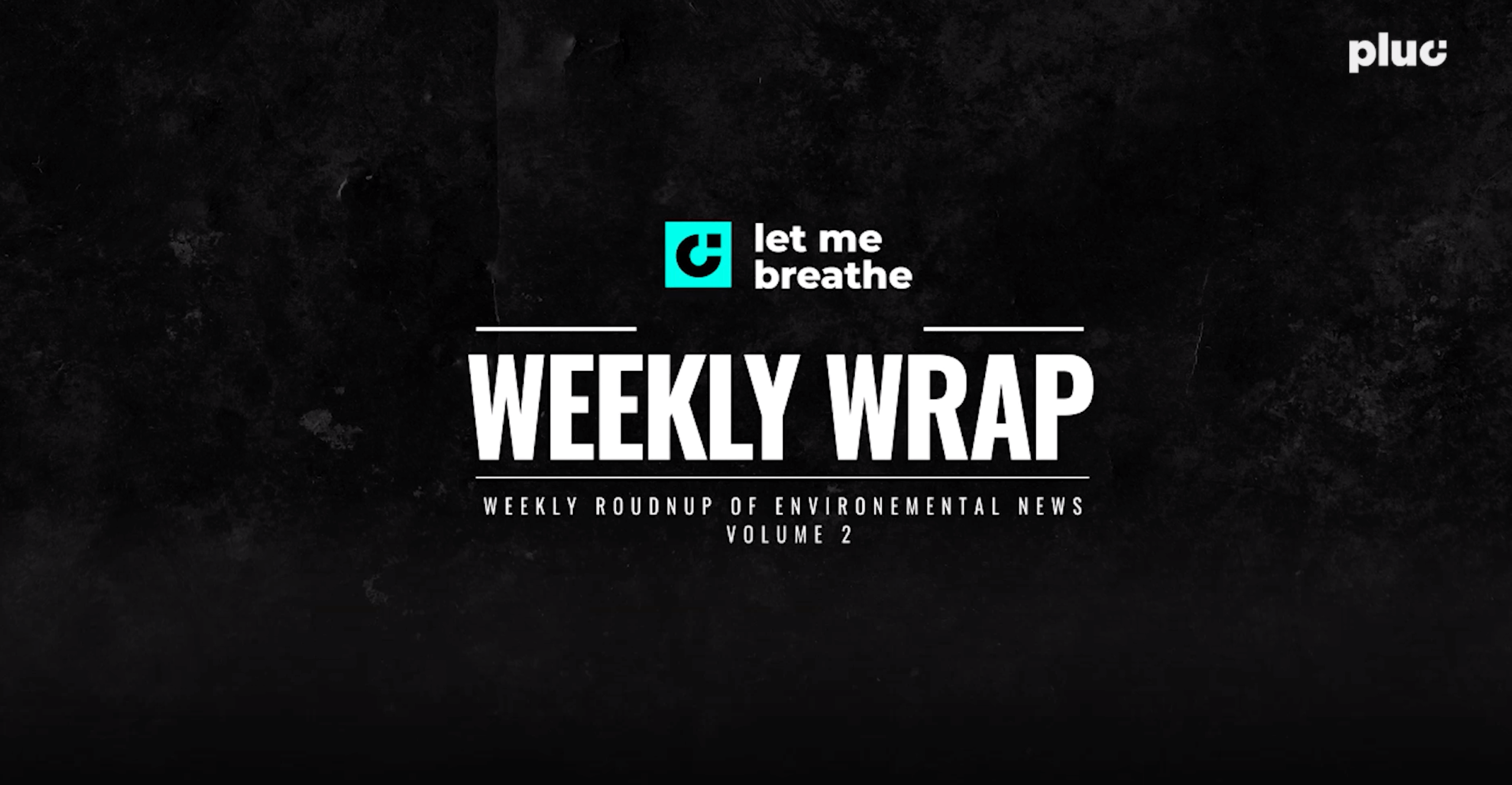 From EIA to Air Pollution- The Weekly Wrap Vol. 2
Here is the top environment news of the week: 1. Activists from Himalayan region write to Ministry of Environment, Forest and Climate Change (MoEFCC) against the Draft EIA 2020 More than 50 environmental organisations, eminent ideologues and activists from across the Himalayan region issued a joint statement opposing Environment Impact Assessment Notification 2020 (EIA) by […]

Here is the top environment news of the week:

1. Activists from Himalayan region write to Ministry of Environment, Forest and Climate Change (MoEFCC) against the Draft EIA 2020

More than 50 environmental organisations, eminent ideologues and activists from across the Himalayan region issued a joint statement opposing Environment Impact Assessment Notification 2020 (EIA) by the Ministry of Environment, Forest and Climate Change (MoEFCC).

The signatories include people from Assam, Nagaland, Manipur, Meghalaya, Arunachal Pradesh, Uttarakhand, Kashmir, Himachal and Ladakh, who are demanding immediate scrapping of the 2020 draft amendments.

There have been 76 major coal ash pond accidents across the country in the last 10 years, according to a study carried out by the Health Energy Initiative India and the Community Environmental Monitoring.

Besides deaths and loss of property, the accidents have also resulted in extensive pollution of nearby water, air and soil resources, the study notes.

Air pollution has shortened the average Indian life expectancy by 5.2 years, according to data released by air quality life index (AQLI), a tool developed by the Energy Policy Institute of The University of Chicago (EPIC).

On July 30 the centre informed the Supreme Court that a Memorandum of Understanding (MoU) has been prepared for the installation of a smog tower at Anand Vihar in east Delhi and it will be signed by the stakeholders.

The nationwide lockdown had everyone couped up in their homes. But with the lockdown relaxations being put in place in Delhi, the roads of the national capital have started seeing a surge in the number of cyclists, a study has found.

The initial finding of the ongoing study by five researchers—all alumni of IIT-Delhi and IIT-Roorkee—shows that on at least 22 of the 56 stretches monitored, the number of cyclists has increased by 4% to 12%.

6. Student environmentalist calls out Shah Rukh Khan after his residence- Mannat was covered in plastic sheets

Photographs of Shah Rukh Khan’s Mumbai home- Mannat, went viral, after it was covered in plastic sheets to protect it from the on-going monsoon season.

The move did not go well with environmentalists as it seemed to promote single-use plastic. Aditya Dubey, a young environmentalist from Delhi, called out the Bollywood actor. He also placed an order for Cotton Biodegradable Curtains at the actor’s residence.

A low-cost, eco-friendly passenger ferry, Aditya, has won the prestigious Gustave Trouve Award for Excellence in Electric Boats and Boating.

The Aditya, from Navalt Boats, is a sun-powered commuter ferry, a landmark ferry with electric marine propulsion. Every day, it makes 22 trips with 75 people on board and prevents the burning of 58,000 litres of diesel annually.

8. Campaign by villagers saves a 400-year-old banyan tree in Maharashtra

Thanks to the collective effort of locals and their campaign, a 400-year-old banyan tree has been saved. The tree was to be cut for the expansion of a highway on the Ratnagiri-Kolhapur-Miraj-Solapur Expressway in Maharashtra.

People of the Bhose village, in Miraj town found out that the tree might be uprooted for a project and decided to mobilise the locals to oppose the move.

Shoppers’ use of plastic carrier bags in England has continued to fall by 59% in the last year alone.

The average person in England buys just four bags a year from the main supermarket retailers, compared to 10 bags in 2019, according to the data from the Department for Environment, Food and Rural Affairs (Defra).

A raging fire is threatening one of South America’s major wetland ecosystems. The fire has been burning for months now, and is visible from the balconies of luxury apartments along the shoreline of the Paraná River in Argentina’s central city of Rosario.

Are you an eco-warrior? Have you spotted an environment story in your locality that the world missed? Tell us an environment story that may have missed the mainstream news and get a chance to feature in the newsletter next week. Connect with us on Instagram and Twitter)