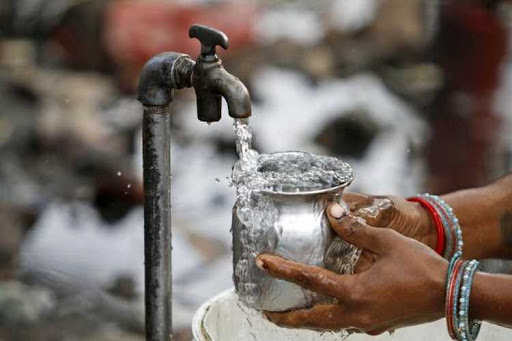 “Water water everywhere, but not a drop to drink.” We’ve all heard the phrase before but do you know we’re literally running out of freshwater? According to the IPCC fifth assessment report, the availability of freshwater is expected to become even more scarce in the future because of climate change. Freshwater is a necessity for human […]

“Water water everywhere, but not a drop to drink.”

We’ve all heard the phrase before but do you know we’re literally running out of freshwater?

According to the IPCC fifth assessment report, the availability of freshwater is expected to become even more scarce in the future because of climate change.

Freshwater is a necessity for human civilisation. Be it for drinking, agriculture, domestic purposes or for manufacturing, water is of utmost importance for sustenance of life on earth. But most of the earth’s freshwater is located in icecaps and glaciers.

Only about 0.3% of freshwater is found in the lakes, rivers, and swamps. A recent study by the International Food Policy Research Institute found that 4.8 billion people – more than half the world’s population – and approximately half of global grain production will be at risk due to water stress by 2050.

Climate Change and our water resources

World’s water resources are already under tremendous pressure due to the increasing human population, growing masses of human habitation in urban areas, and demands for more food production.

Adding to that climate change will further affect water availability and water quality in many sectors, including energy production, infrastructure, human health, agriculture, and ecosystems.

Low-income families, indigenous communities, and people of colour are likely to be worst affected by the threats to the water supply. As climate change is a global crisis; therefore, we need to work unanimously to keep global emissions of GHGs and global warming well below 2°C.

To achieve water security, we must protect vulnerable water systems, mitigate the impacts of extreme floods and droughts, and manage water resources in an integrated and equitable manner.

There is a need to improve storage capacity (reservoirs and dams), rainwater harvesting, improvement of water use efficiency, desalination of seawater, and use of recycled/reclaimed water. Stopping deforestation and forest degradation and sustainable management of forests can significantly reduce GHG emissions, and prevent flooding, reduce runoff, and control erosion.

How You can Help?

There are several ways that you – yes, YOU- can help protect this planet we call Earth. Whether it’s engaging in local climate and social justice movements, getting the word out to our friends and family, or voting in elections, now is the time to let our voices be heard, wherever we are and whatever we do.

There are many ways to make a difference and many solutions that take us closer to an equitable and sustainable future for all. We just need to act together as one planet.

(The views expressed in the article are the author’s own. Let Me Breathe neither endorses nor is responsible for them)