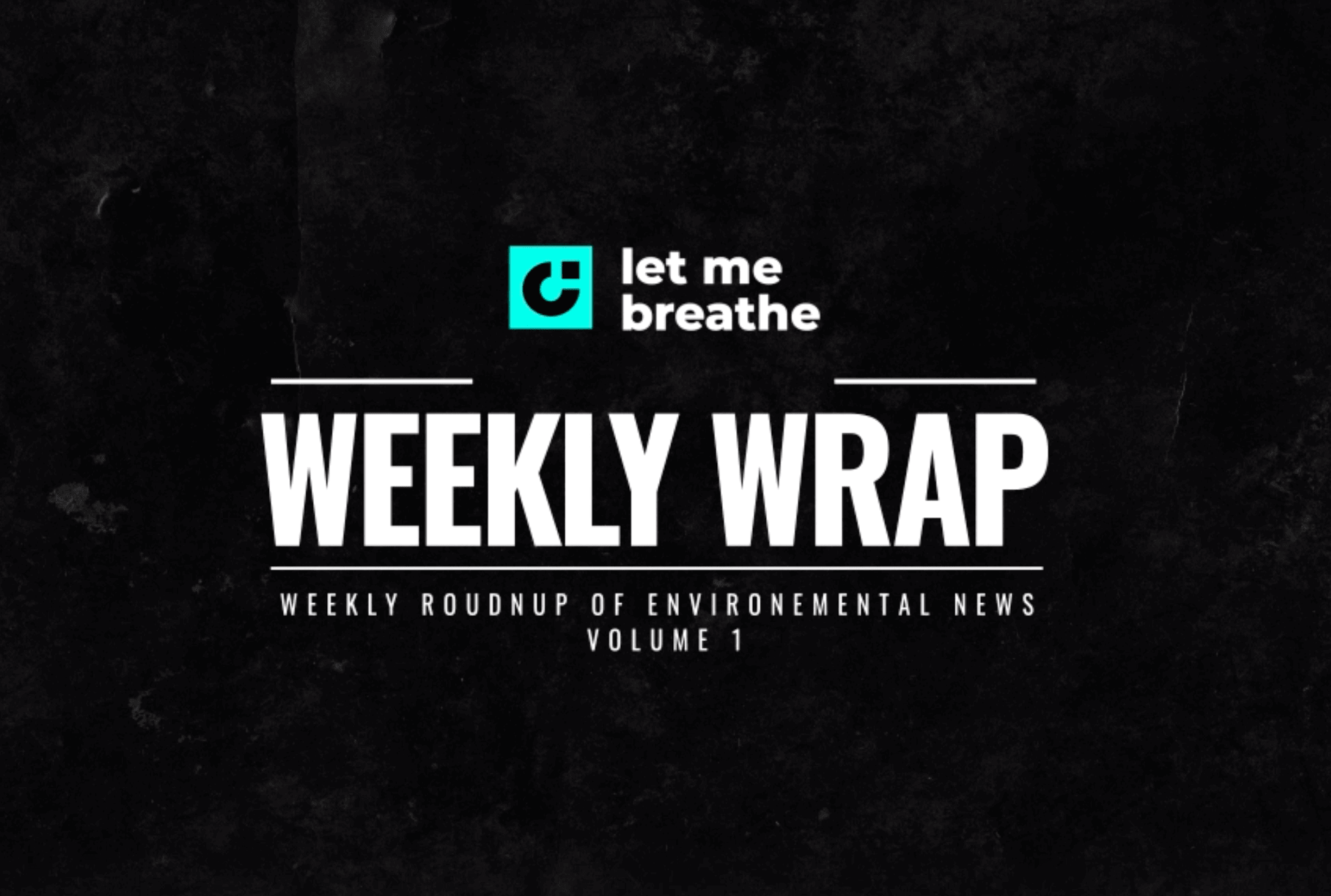 Assam Floods to Uttarakhand Cloudburst- The Weekly Wrap
Are you worried that your news intake doesn’t have enough on the environment? Let Me Breathe brings you the weekly wrap with all the environment news that is happening closer to home and around the world.  Here’s the news of the week: 1.24 Lakh Hit In Assam Floods Assam is flooding again! 92% of the […]

Are you worried that your news intake doesn’t have enough on the environment? Let Me Breathe brings you the weekly wrap with all the environment news that is happening closer to home and around the world.

Here's the news of the week:

Assam is flooding again! 92% of the home of our one-horned rhinoceros in Kaziranga National Park stands submerged and at least 116 wild animals have been killed so far due to drowning or vehicle-hits even as 143 animals have been rescued (as of 21 July).

Over 24 lakh people continue to remain affected by the floods, according to the Assam State Disaster Management Authority.

In its startling claims, CPCB apprised NGT that over 1.6 lakh healthcare facilities are working without requisite permits across the country under Bio-medical Waste Management (BMWM) Rules and are running without authorization.

The direction came on a plea filed by a U.P.-based journalist Shailesh Singh seeking directions for closure of all hospitals, medical facilities, and waste disposal plants which were not complying with the waste management rules. It had alleged that rag-pickers were allowed unauthorized transportation of waste and they disposed of it in an unscientific manner.

The beginning of the south west monsoon in the Himalayan state of Uttarakhand is usually marked with the state witnessing exceptional rainfall that often leads to landslides, cloudbursts and even floods.

This year was no different. Cloudburst and heavy rains have wreaked havoc in two villages since the morning of 20th July, leaving 12 people dead as of July 23 and many injured.

4. India is among five nations with the lowest G20 carbon ‘food-print’

According to the recent Diet for a Better Future report, among the world’s top economies, only the per capita carbon “foot-prints” in India and Indonesia are low enough to ensure the Paris Climate Agreement’s target of capping global warming at 1.5 degrees Celsius is met.

5. Apple commits to be 100 percent carbon neutral for its supply chain and products by 2030

Apple is planning to remove carbon emissions from its entire business, including its products and sprawling supply chain. The transition will take over the next decade to ween off the usage of existing carbon in the production line.

Apple said it aims to achieve 75 percent of the goal by reducing emissions. The remaining 25 percent is set to be coming from carbon removal or offset projects such as planting trees and restoring habitats.

6. Will clean air sustain past the COVID Crisis?

The sighting of Dhauladhar Ranges from Jalandhar, Everest peaks from Sitamarhi or in general breathing fresh air due to improvement in AQIs (Air Quality Index) has brought some respite since the coronavirus pandemic and the nationwide lockdown.

The deal-breaker is going to be- how can we expect this to change in a post-Corona world? Read more here.

7. Trump weakens environmental law to speed up permits for pipelines and other infrastructure

In international waters this week, US President Donald Trump made some noise by weakening environmental law to speed up permits for pipelines and other infrastructure.

He finalised a rollback to the country’s National Environmental Policy Act, by speeding up approval for federal projects like pipelines, highways and power plants.

To further the goal of creating liveable cities, Young Leaders for Active Citizenship (YLAC) in partnership with Let Me Breathe and WRI India, have joined hands with the #BengaluruMoving campaign to help reduce vehicular emissions and congestion in Bengaluru.