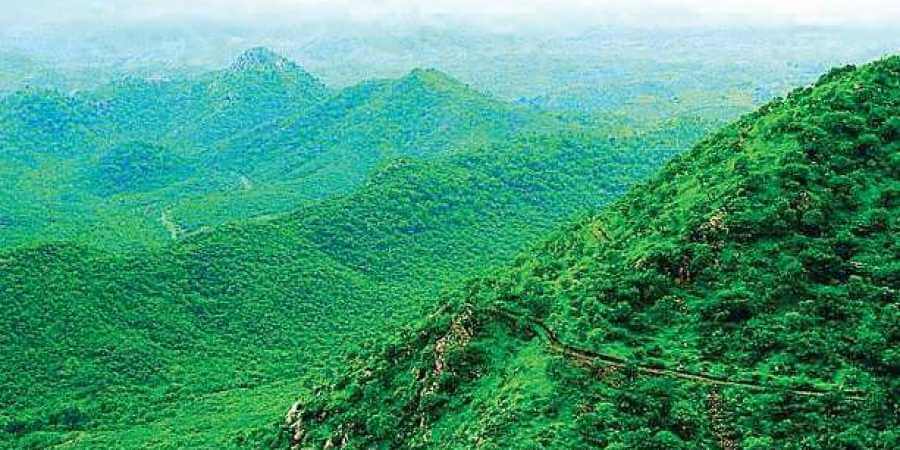 Fastracking Forest Clearances: Is the government using Lockdown as an opportunity?
Three months have passed since the meeting of National Board for Wildlife (NBWL), when the Ministry for Environment, Forest and Climate Change(MoEFCC) proposed forest clearance for the first time amidst lockdown, and during this nd during this period it has been observed that the government has taken multiple opportunities to...

Three months have passed since the meeting of National Board for Wildlife (NBWL), when the Ministry for Environment, Forest and Climate Change(MoEFCC) proposed forest clearance for the first time amidst lockdown, and during this period it has been observed that the government has taken multiple opportunities to hurriedly proffer these environmentally hampering initiatives which would have otherwise taken critical comprehension both by the stakeholders and the expert committee to accept.

While Anirban Datta-Roy, a Conservation Biologist points out the opportunistic move of the government saying, "The opportunity [lockdown] was used to pass as many projects which would ordinarily have taken much more time and would have faced many questions had it been done in a transparent manner.”

Chintan Sheth, a herpetologist points out the Government's incessant inconsideration towards the green heritage by stating, "Irrespective of the lockdown this would have happened. To us, it appears as if they are doing it under the garb of the pandemic but in practice, they are working on a schedule."

The three major legislations against forests

The Government, in its urge to dilute trading barriers, has been criticized several times in the recent past for being inequitable and exclusive of the environment. During the lockdown, the three major regulations passed by the MoEF were sorrowfully not for the proliferation but for the uprooting of the green cover.

The NBWL meeting on 7th April, the Forest Advisory Committee (FAC) meeting on 23 April and the announcement of auctioning coal mines on 18 June, all these major legislations were aimed for consolidating as much support from the rich corporate lobbies for donations, overlooking the ecological damage they may bring alongside.

Though the primary function of the NBWL is to promote the conservation and development of wildlife and forests, it was ironical that in its 57th meeting held on 7th April and chaired by the Environment Minister himself, the board approved/ proposed/recommended forest clearance in more than 15 tiger reserves, wildlife sanctuaries and corridors. Moreover, the proposals were analyzed on video conferencing without much comprehension of the adverse effects on the associated ecosystems.

Dutta-Roy who has opposed this move of the government on forefront explained, “The current conditions allowed them [MoEF] to hasten the process [of forest clearance]  even more by doing away with detailed discussions, field visits and strict scrutiny of the documents. The tasks that require a whole day were completed in fractions of time because field visits and public hearings were impossible to conduct.”

Containing the “thick forest clads of the Western Ghats”, the Bhagwan Mahavir Wildlife Sanctuary is located in the Mollem district of Goa. With an area spread across 240,000 hectares, it is the largest wildlife region of the state.

Further, the sanctuary also contains the Mollem National Park which is considered rich in wildlife species like tiger, dhole, mouse deer, and four-horned antelope and is regarded as a paradise for bird watchers. Interestingly, the whole protected area is also indigenous to 721 plant species, 219 butterfly species, and other ecologically diverse amphibians, reptiles, insects, orchids, lichens, etc.

Despite being such an ecologically diverse area, the NBWL gave a green signal to three projects i.e. laying power transmission lines, widening of NH 4A, and doubling the existing railway lines for forest clearance of 85.50 hectares, 32.085 hectares, and 16.514 hectares respectively.

Opposing this proposal, conservation activists stated that diverting forest land for 3 projects from a single forest region will lead to fragmentation and would create stress amongst species for survival.

‘The long term benefits from primary forests and biodiversity will be lost, such as loss of food, land degradation, weather and climate degradation, ecosystem services, etc.”, explains Seth on the fragmentation of forests.

Dehing Patkai Elephant Reserves(DPER), often known as the “Amazon of North-East India '', is home to many indigenous yet endangered species like Asiatic elephant, hoolock gibbon, and mountain beers. The elephant reserve includes Dehing Patkai wildlife sanctuary(DPWS) and Saleki Proposed Reserve Forest(PRF) and the canopy covers 575,500 hectares of land stretching in three districts hence functioning as the lungs for the state. The importance of the forests is such that the state recently upgraded the status of the forests into a national park.

In the NBWL meeting though, the board recommended to avail 41 hectares of ‘unbroken land’ from the PRF for open cast coal mining by Coal India Limited (CIL) despite the corporation already utilizing 57 hectares in the same region.

Shockingly, the RTI filed by activist Rohit Chaudhary suggested that out of  ‘unbroken 41 hectares land’ 9 hectares were already undergoing mining activities and additional 7 hectares of forests were cleared for the same.

After protests from activists, scientists, and the general public, these activities were temporarily halted by the CIL but the government has still not responded to the requests of these people. To this activist, Seth has to add, “the state government has recently declared DPER as a national park but have made no official statement on coal mining or even the boundaries of the NP. I believe they have only created distractions for the larger public however their agenda remains the same.”

Scientists suggest that clearing of forests would not only exacerbate biodiversity but will also alter the social system of the area completely. Furthermore, long term coal mining will inevitably deteriorate the quality of water, air, soil, and vegetation of the area.

Chintan Seth who is also an activist for combating climate change thinks that the population associated with the forests will be at greater risk due to climate change, natural disasters, and human-induced intoxicants in the atmosphere. The absence of forests will increase the vulnerability to higher temperatures, flooding, and soil erosion in the surrounding area.

Designated under the MoEF, Forest Advisory Committee(FAC) advises the ministry on providing clearance to the diversion of forests for non-forest utilities like mining, industrial projects, townships, etc. In its meeting on 23 April, the committee agreed on diverting the forest cover of the Dibang Valley for the development of the 3097-megawatt Etalin hydropower project in the state of Arunachal Pradesh.

Dibang valley is a hotspot for biodiversity as it holds species of 42 fish and reptiles, 48 frogs, 60 terrestrial mammals, 381 butterflies, and 563 birds. Reportedly, the area probably has one of the highest numbers of tiger populations due to the strong community- tiger relationship with the native Idu Mishmi population in the area.

Scientists after scrutinizing the minutes of the FAC meeting and the looming adversities that could follow this forest diversion, in a report sent to the ministry explained forest clearance in the Dibang valley would require the falling of more than 2.8 lakh trees that create a millennia-old stable mountain habitat.

Seth, who has an expertise in the eastern Himalayas of Arunachal Pradesh cited, “Through the disruption of a complex hydrological system, the exacerbation of natural hazard risks due to climate crisis such as glacial lake outburst floods, landslides, and extreme rainfall events will be bound to follow the forest clearance.”

The FAC has rejected the plea of the Idu people who have been associated with the forests for centuries and has asked for an action plan for the construction of the hydropower plant. A major outrage has filled the public since the government has refused to understand the void, both social and ecological this propaganda will create.

Are We Even Being Heard?

Environmentalists, activists, and journalists have been successful in sensitizing a larger public on the existing issue and are able to connect them with the digital protests. Anirban Dutta, a leading activist against the govt environment policies stated, “It appears to have been successful since the media, NGOs and even many young  voices have joined to make it a prominent topic.”

But it appears that the digital protest couldn't influence the administration of the government since on 18 July, the Prime Minister himself brandished the auctioning and privatization of 41 coal mines situated in Central parts of the country in the states of Maharashtra, Madhya Pradesh, Chhattisgarh, Odisha, and Jharkhand. It should be noted that many of these mines are situated in the dense green heritage of Central India

With the current circumstances where clearances are provided for faulty/incomplete EIA that fail to highlight the real biodiversity and cultural values of these places, the government functions without the inclusivity towards the environment. “ The way FAC was inconsiderate to the novel findings of experts and cultural and philosophical concepts of the Idu people, makes it clear that people and experts are being heard with a deaf ear.”, says Sheth.

We all need to take a moment to show our gratitude towards the environmental activists who have been working tirelessly even when the administration hasn't shown any response. When asked about the influence of the digital opposition on policymaking, Datta-Roy explained, "It’s a slow process and I'm hopeful that as protests and awareness continue to grow, it will surely have an impact [on policy making."

Conclusively, when the nation has seen the Government's assertiveness on diluting trading barriers and promoting capitalism, we as responsible citizens of the planet should promote the insertion of rights for natural resources and environmental sustainability in every Government legislation. After all, it is our duty towards nature that nurtures us and a commitment towards crafting a future that doesn't obligate the survival of the generations to come.