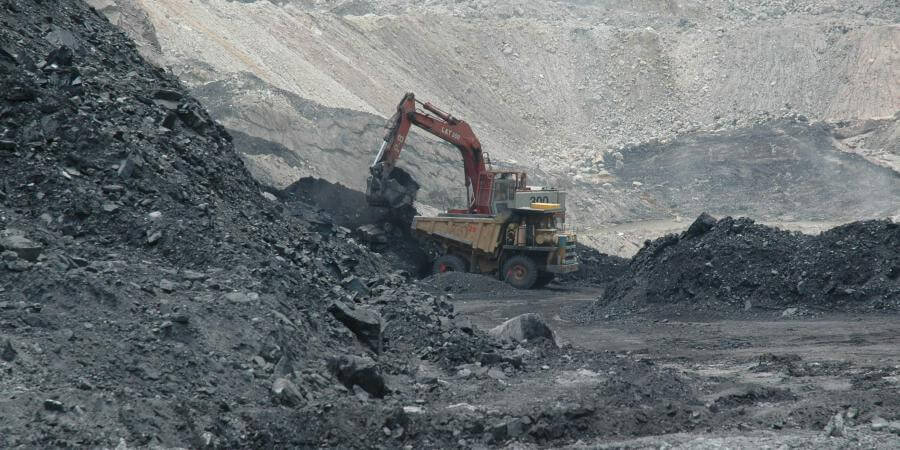 Commercial Mining: A Plan to Kill Hopes for a Sustainable Economy
On June 18, the government initiated the auction of 41 coal blocks that can produce 225 million tonnes of coal per year. Allowing 100% foreign direct investment, global companies can also participate in the auctions. This is expected to generate employment, reduce the import bill, and make India self-reliant. Interestingly enough, only a week after […]

On June 18, the government initiated the auction of 41 coal blocks that can produce 225 million tonnes of coal per year. Allowing 100% foreign direct investment, global companies can also participate in the auctions.

This is expected to generate employment, reduce the import bill, and make India self-reliant.

Interestingly enough, only a week after the auction launch, in a virtual press conference, UN secretary-general Antonio Guterres said-

"There is no reason for any country to include coal in their COVID-19 recovery plans, and investments should instead be made in non-polluting energy sources.

We cannot go back to the way it was and simply recreate the systems that have aggravated the crisis. We need to build back better with more sustainable, inclusive, gender-equal societies and economies."

Even experts have said that this was a misplaced priority. The coal sector is costly, debt-ridden, and highly polluting. The global energy landscape is evolving, but the government has proven that they support mining and coal use.

Let's dive deeper into this.

Problems with Commercial Mining and Its Implementation:

'The messaging of the auction process signals that the government sees these places as mere coal-bearing areas, from where projects interested in commercial coal mining will extract for private profit.' - Kanchi Kohli, a legal researcher at the Centre for Policy Research

Indian coal contains 30-50% ash. So, a manufacturing or power-producing unit has to burn more coal, which generates ash, noxious gases, particulate matter, and carbon emissions. Therefore, coal washeries are required to improve the quality and efficiency of low-grade, high-ash Indian coal. Now, the government has also diluted the regulation that requires power plants to use washed coal, calling it an ‘unnecessary cost on coal users’.

India has the world’s fifth-largest coal reserves, yet it’s the world’s second-largest importer. It imports almost all the coking coal needed for its steel industry, which can be provided by washed coal. It is the governance failure of washeries that has caused the wasteful use of India’s coal reserves, loss of foreign exchange, and colossal environmental and social impacts.

'The mining will pollute the Hasdeo river and impact the home of elephants in Hansdeo Arand and its catchment area.' - Sudeip Shrivastava, Environment Lawyer and Activist of Chhattisgarh

'It is unfortunate that when the communities are already grappling with the COVID-19 crisis, they are faced with the uncertainty and threat of displacement. It is these natural resources that make us independent, and money or any other form of compensation can’t substitute that in any sense.' - Devsay, Sarpanch of Madanpur village in Korba district, Chhattisgarh

It beats me how the government was ignorant of these issues, and appeals by local authorities and experts. They seem to have only the capitalistic needs of businessmen at the center, and even Chief Minister of Jharkhand, Hemant Soren called it out. *cough* Ambanis and Adanis *cough*

Terming the mining as a ‘triple disaster’, former environment minister, Jairam Ramesh, wrote to Prakash Javadekar. He accused the minister and PM, rightly so, of lying about fighting global warming.

'The Prime Minister had compared coal to diamonds yesterday. This is the language of 1970s and early 1980s. Nobody concerned with global warming and climate change would have made such a statement.' - Former Environment Minister, Jairam Ramesh

Let this sink in: Our country, without fail, tops the list of disaster displacement in Asia and is the third-largest emitter of climate change-inducing carbon dioxide, after China and the USA.

Ministry of Earth Science released a climate report on June 14 warning that coal is among the biggest contributors to climate change.

Increasingly hot temperatures and pollution are likely to raise the energy demand for air conditioning, purifiers, and other cooling systems. If this demand is met by thermal power, it would only add to greenhouse gas emissions, and in turn, global warming.

'We are already facing the perils of coal mining by Coal India in Talcher. There is already a rising number of cancer cases and several respiratory diseases in the district due to coal mining. Once 8 blocks in Chhendipada are mined, the area would literally be hell.' - Smita Patnaik, Head of NGO Nari Suraksha Manch in Odisha’s Angul district

This is a typical case of a growing consumerist society addicted to cheap power. It keeps mineral-rich states poor with low and often unpaid royalties, and hazardous living conditions.

The government is, clearly, incompetent, and/or unwilling to regulate these private companies. The companies themselves have no regard for environmental or labor laws. It's nothing but an attack on the right to food, work, and life of people in the coal regions.

Have we learned nothing from the pandemic? Coronavirus has shown us that we have abused the environment. We absolutely cannot go back to the "normal". We shouldn't rely on fossil fuels and open up our ecologically-sensitive areas for industrial projects.

What we do need is long-term planning for a sustainable economy. The natural resources of India are our lifeline, and we have to put them at the center of our politics.

In conclusion, message from a Gen-Z: Sorry, but we don't need your capitalistic idea of development packaged as Atma Nirbhar Bharat.