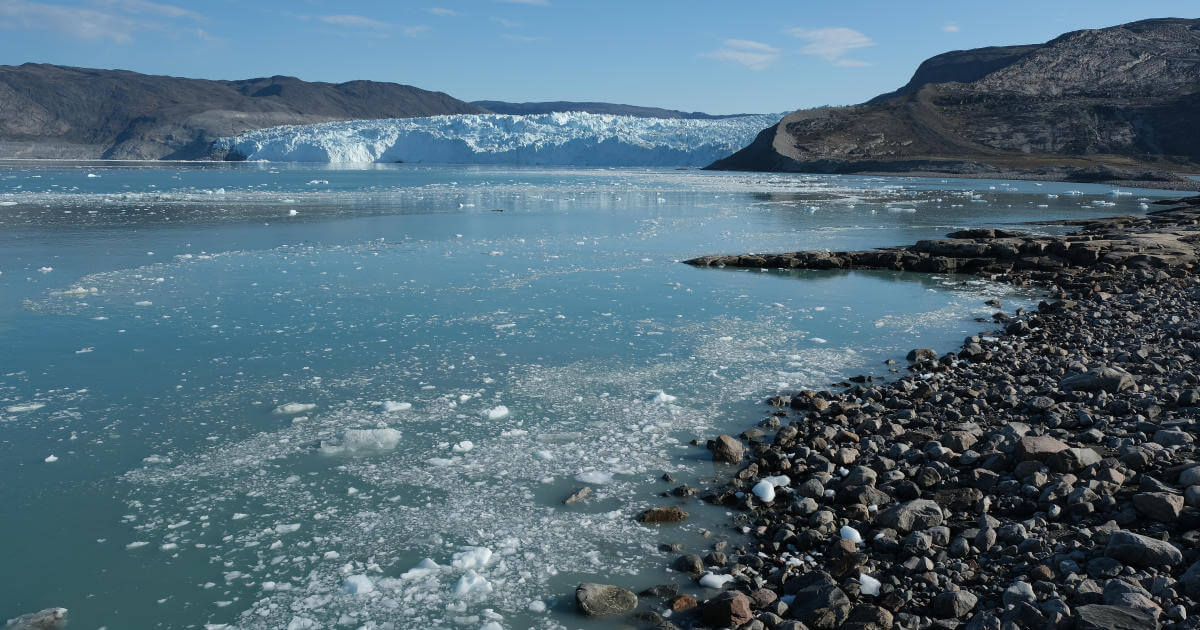 Earth may be warmest in 12,000 years: Study
Soon after Russia’s State weather authority confirmed the rise of temperature to 100.4°F in the Siberian town of Verkhoyansk, an all-time highest for the Arctic region, the climate scientists and activists came forward to discuss this persistent increase of heat in the region. Additionally, the Paleo Temperature Time Series, a Holocene global mean surface temperature […]

Soon after Russia's State weather authority confirmed the rise of temperature to 100.4°F in the Siberian town of Verkhoyansk, an all-time highest for the Arctic region, the climate scientists and activists came forward to discuss this persistent increase of heat in the region.

Additionally, the Paleo Temperature Time Series, a Holocene global mean surface temperature report, which was released on the same day suggesting that the Earth is currently experiencing the warmest temperature since the last 12000 years, further stimulated the environmentalists' concern on climate change and effects of rising global temperature.

What did the report comprehend?

The model promises the use of more accurate scientific constraints on the magnitude and timings of GMST for a better understanding of energy imbalances (climate forcing) in the earth system hence estimating the average temperature in a given period precisely.

The report submitted by it has stated that while the GMST trends showed a reduction in the average temperature of about -0.15°C in every thousand years until the prior two millennia, the recent global warming has made the global temperature exceed the highest GMST of the Holocene(since the end of the Paleolithic ice age).

In the series, the mean temperature of the 19th CE was assumed to be zero (basis) for reference. It reported that the temperature of the past decade (2011- 2019) was averaged to be 1°C higher than the half-century 1850-1900. What draws everyone's attention is that no other time period statistics displayed such a high increase in the mean temperature. Therefore, this series asserted that the Earth is experiencing the highest heat since the Holocene commencement and even earlier.

Clearly, the crisis prevailing in the Arctic region acceptably approves the applicability of the report.

The Arctic region has been in the eye of the environmentalists for its fast and persistent rise in temperature. Gavin Schmidt, the director of the NASA Goddard Institute for Space Studies, recently tweeted that the Arctic Warming is 3 times faster than the mean global warming. Hence, heat shocks experienced in the Arctic region are far more severe than the rest of the world.

Evidently, when the World Meteorological Organization requested the Russian Hydrometeorological Centre to provide statistics of the scorching weather condition in the Verkhoyansk region of Siberia, the organization confirmed," In Verkhoyansk from June 18 to June 28, 2020, the maximum temperature exceeded 86° F… with a peak on June 20 to 100.4°. June-2020 in Verkhoyansk...became the warmest in history."

A few days before the record was set, another region near Siberia, Sakha Republic recorded 93°F temperature which is 40-45° more than the average temperature of this place. A report stated that the recurring heat shocks in the Siberian region have resulted in the anomalies in the standard deviation of the temperature in this region.

The Arctic Crisis and Climate Change

Human activities have evidently resulted in an increased intensity of the heat waves throughout the Arctic region and around the globe. As humans continue to provide fodder [Green House Gases and Deforestation] to the climate crisis, such heatwaves are bound to become more prominent and will bring pitfalls with themselves.

Zack Labe, an expert on Arctic Climate tweeted that the ice extent in Siberia has been the lowest in 2020 because of rapid melting. Jonathan Bamber, an environmental writer, wrote that the catastrophic oil spill of June 2020, one of the largest in the Arctic circle and regular heatwaves in Siberia are the reasons for the same.

Studies suggest that the reduction of ice cover, which is responsible for reflecting back the sun-rays to space will further increase the temperature of the region. Consequently, since December, the whole Siberian region has suffered from an increase in 9°F of average temperature.

While Russian meteorological department has predicted more such heat waves in Siberia will result in the formation of melted ponds overtop of sea ice-caps during summer, major heat shocks reported in other parts of the Arctic circle like Norway, Canada, and Alaska have too decreased the white cover in the of the globe.

The unpredictable climate pattern in the Arctic region is proof that the wrath of climate change can alter the geographical conditions of a place altogether and can accompany desperate situations. While the increase in temperature of the Arctic region is causing an increase in the water level of the ocean hence the vulnerability to floods, climate change globally is responsible for the catalysis of uncertain thus devastating droughts, floods, heat shocks, thunderstorms, cyclones, etc.

We need to understand that climate change is real. Regular alert calls from nature are signs for the same. These unforeseeable calls are making the world prone to unplanned atrocities. While the world has been locked down to combat one such unmanageable crisis, we should work to mitigate its impacts on the planet.