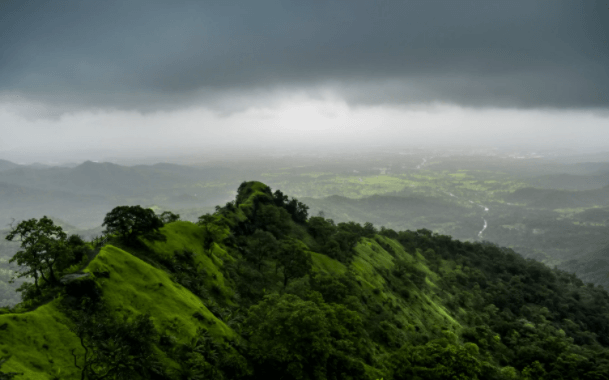 Hubli-Ankola Rail Project: An environmental disaster
The controversial Hubli-Ankola Rail Line has been thrust into the limelight recently due to its hasty approval by the Karnataka State Wildlife Board in March 2020. This project has a history of being rejected several times in the past 22 years, and numerous studies by various departments have found that it will damage the ecology […]

The controversial Hubli-Ankola Rail Line has been thrust into the limelight recently due to its hasty approval by the Karnataka State Wildlife Board in March 2020.

This project has a history of being rejected several times in the past 22 years, and numerous studies by various departments have found that it will damage the ecology of the region, while benefits of the proposed line remain doubtful.

Hubli–Ankola passes through Western Ghats, a the world heritage site

The proposed broad gauge line between Hubli – Ankola passes through the Western Ghats, which has been declared as a world heritage site by the UNESCO. The Western Ghats are unique in terms of their geomorphological features and are known for high degree endemism, biological diversity and ecological processes that influence the monsoon.

The entire catchment of Western Ghats is known to provide water security to peninsular India. The proposed alignment passes through the Western Ghats forests and the region is part of Bedthi conservation reserve (at Yellapur), closer to Dandeli Hornbill Conservation reserve and located in the buffer region of AnshiDandeli Tiger Reserve (is about 6.5 km from
AnshiDandeli Tiger reserve).

The Western Ghats harbors well over two thousand endemic species of flowering plants, fish, frogs, birds, and mammals amongst the better-known groups of organisms, and no doubt thousands more amongst less studied groups including insects. Amongst themselves, these endemics would cover the entire geographical extent of the Western Ghats and all conceivable habitats, including many disturbing ones such as roadsides (Gadgil et al. 2011).

The proposed railway line passes through different types of forests including evergreen, semi-evergreen, moist deciduous and dry deciduous with a canopy density ranging from 0.2 to 0.8. The overall floristic diversity in Hubli-Ankola railway zone constitutes 43 families, 106 genera and 134 species of trees and 58 families, 128 genera and 146 species of woody ground flora of shrubs and regenerating tree stocks. Besides this, 10 species of pteridophytes belonging to 9 families and 9 genera are also reported in the Ghat section.

The highest percentage of tree endemism (45%) along with a very high percentage of evergreen trees (87%) were reported from Vajralli – Birgadde villages of Yellapur taluka along a rugged terrain of steep hills and narrow wet valleys. From Kalghatgi towards Kirwatti, the forest is a dry deciduous type with dominant tree species are teak, Terminalia tomentosa, Terminalia paniculata, Dalbergialatifolia, and Adina cordifolia. In this high rainfall area, the mostly semi-evergreen forest is observed.

Area home to many endangered animals

Already the Western Ghats landscape has been intersected by the existing railway line network between Bhadra Tiger Reserve and Nagarhole-Bandipur Mudumalai tiger reserve complex by Hasan – Mangaluru railway line and between Kali and Sahyadri Tiger Reserve by Dharwad-Londa-Vasco railway line.

At a larger geographic scale, the proposed railway line passing through the forests of Karwar and Yellapur division will cut across the habitat contiguity between Kali and Sahyadri Tiger Reserve. The proposed line may exert a negative impact cumulatively on habitat connectivity, contiguity, and wildlife mortality in the Western Ghats landscape. This may have serious repercussions for the long-term conservation of tigers and other wildlife in this landscape.

Estimated total environmental loss amounting to Rs. 623 Crore likely to be incurred due to the implementation of the project. This includes the value of loss of timber (Rs. 30 Crore) and the value of other environmental losses such as soil erosion, the effect on the hydrological cycle, wildlife habitat, etc. (Rs. 593 Crore). The total economic valuation of the forests under the proposed project has been assessed as Rs. 40,859 lakhs/ha/yr in the EIA report submitted by IISc, Bengaluru.

For 596 ha land to be diverted, it is approximately Rs. 243.51 Crore/yr indicating a very high ecological value for the forests in the area. We believe that other intangible benefits received from forests such as free air, free water, pollution control, increase in soil fertility. The Western Ghats are mostly characterized by shallow top soils held by forests of the rocky substrates. Removal of vegetation will make the region more erosion-prone.

Also, spilling of ferus ore during transportation may change the chemical characteristics (salinity, etc.) of the soil having a cascade effect on productivity.

As per the earlier project documents, the main purpose for proposing a new broad gauge line was primarily for the transportation of iron ore from Bellary – Hospet region to Karwar port. In the late 90s, it was estimated that the iron ore transportation from Bellary-Hospet sector to proposed new ports at Tadri (near Ankola) on the western coast of Karnataka will be approximately 16 million tonnes per annum as against the established capacity of 6 million tonnes per annum. Against the 6 million tons capacity, only 3 million tons were transported in the existing broad gauge track between Londa - Vasco.

After surfacing of Bellary iron ore and Belikere port scams involving illegal exporting of 35 lakh metric tons iron ore amounting to Rs. 60,000 Crore. Hon'ble Supreme Court of India has imposed a ban on mining in the region and closed the Belkere Port near Karwar in 2011.

Subsequently, there has been a drastic reduction in the production of iron ore and there is hardly any transportation of iron ore in the last few years. Therefore, the proposed rail line may not get iron ore cargo in an amount as initially envisioned.

It is reiterated that extremely fragile ecosystems of the Western Ghats will not be able to sustain or buffer impacts likely caused by a developmental project of the scale of Hubli –Ankola railway track construction. The original rationale behind laying the proposed Hubli- Ankola Railway track does not appear to be quite valid as of today since the mining and export of iron ore from the region is almost nil.

There is huge scope for utilizing the existing vast network of railways and roads for transportation of goods and services from the coastal region to the hinterland. Existing railway and road infrastructures are grossly underutilized and are sufficient to support the limited demand for ore transportation.

Direct benefits to the local communities is also minimal from the implementation of this project. The railway track is likely to cause irrefutable impacts on a declining tiger population, a small elephant population as well as on several endangered and endemic fauna in the region.