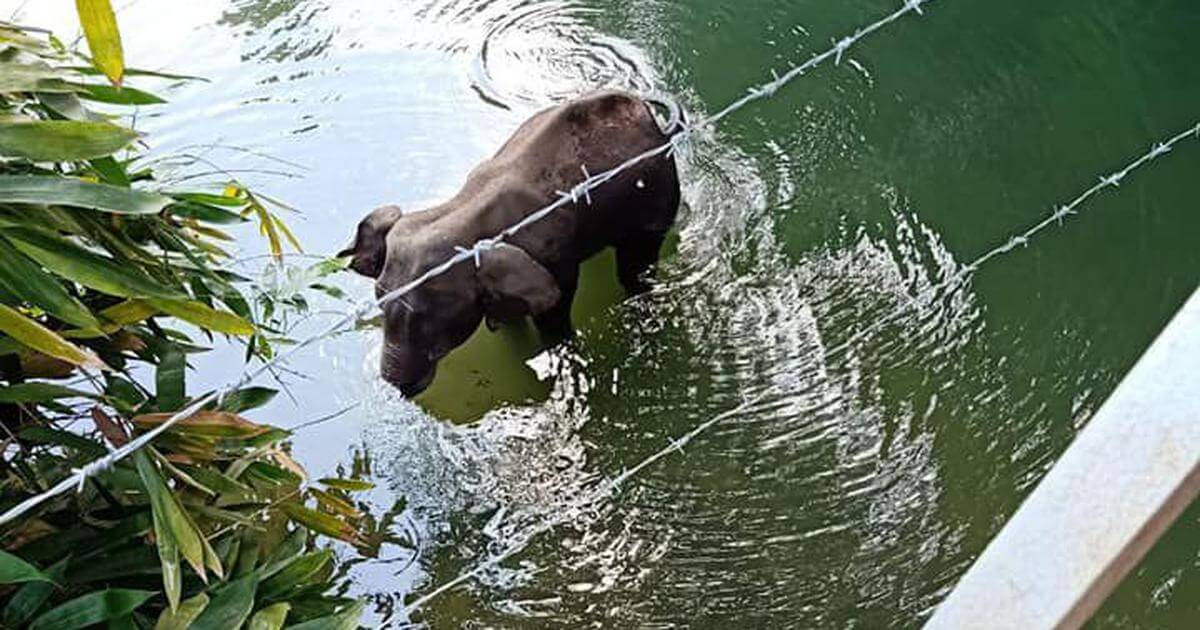 The shocking news of the death of a pregnant elephant in Kerala after being fed a pineapple stuffed with crackers has stirred up a storm in India. The incident took place on May 27 while the elephant was standing in water. Forest officials said that it died standing in river Velliyar after it suffered an […]

The shocking news of the death of a pregnant elephant in Kerala after being fed a pineapple stuffed with crackers has stirred up a storm in India.

The incident took place on May 27 while the elephant was standing in water. Forest officials said that it died standing in river Velliyar after it suffered an injury in its lower jaw.

No arrests have been made even a week after the incident happened, media reported. The police have launched a probe to catch the culprits and have filed a First Information Report against unknown persons.

Under the Wildlife Protection Act, capturing, trapping, poisoning, or baiting of any wild animal or even attempting to do so carry a fine of up to ₹25,000 or a jail term of up to seven years, or both.

The incident came to light after forest officer, Mohan Krishnan narrated the details of the horrific death on social media.

Officials suspect that the elephant ate the fruit either in the end of April or the beginning of May. “We don’t know when the incident happened. But because of the starvation and shrinking of the elephant, we suspect that it would have happened around 20 days ago,” forest officer Aashique Ali U told media.

However, according to some reports, forest officials suspect the fruit was likely kept in a cruel practice of keeping a snare to capture wild boars, or in some cases, to keep away wild elephants.

“Strict action will be taken against those who are responsible for killing the pregnant elephant. The forest department is probing the case and the culprits will be brought to book,” Chief Minister Pinarayi Vijayan said.

Maneka Gandhi told ANI, “It’s murder, Malappuram is famous for such incidents, it’s India’s most violent district, for instance, they throw poison on roads so that 300-400 birds and dogs die at one time.”

Taking a serious note of the incident, Union Environment Minister Prakash Javadekar said the Centre has sought a complete report and assured stern action will be taken against the culprits involved.

“We have sought a complete report on the incident. Stern action will be taken against the culprits,” he told PTI when contacted.

She further said that Forest Secretary should be removed, and also sought the resignation of the state’s minister for wildlife protection.

People and celebrities are also taking to social media to condemn the incident and urging authorities to take strict action against those who were responsible for the act.