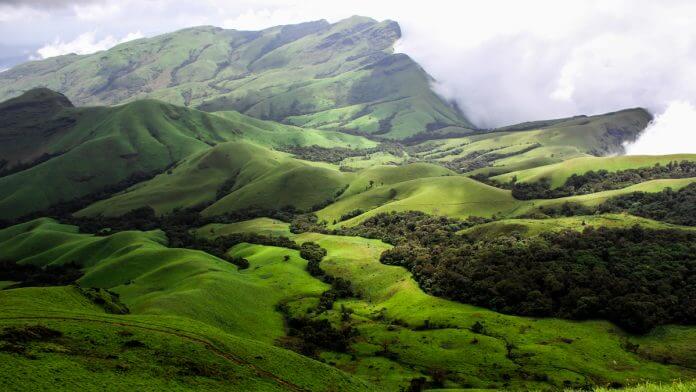 Why is biodiversity of Western Ghats under serious threat

Biodiversity is the variation and differentiation among the living organisms, including different ecosystems such as terrestrial, marine and aquatic. It is also the diversity within species and between species of all living and nonliving forms that formed life.

India, one of the mega biodiversity centers in the world

India is one of the mega biodiversity centers in the world. It hosts 4 biodiversity hotspots: the Himalayas, the Western Ghats, the Indo-Burma region and the Sundaland (Includes Nicobar group of Islands). These hotspots have numerous endemic species.

There are many crucial important ecosystems are occurred in Western ghats. This ecosystem is providing a number of threatened habitats, such as unique seasonally blooming mass-flowering of herbs on meadows and plateaus, Shola forest, mangrove forest, Myristica swamps, freshwater stream and rivers.

The forests of the site include some of the best representatives of non-equatorial tropical evergreen forests anywhere and are home to at least 325 globally threatened flora, fauna, bird, amphibian, reptile and fish species.

The Western Ghats are the home for not only biological factors but also physical factors like perennial rivers. The major river systems originating in the WGs are the Godavari, Kaveri, Krishna, Thamiraparavati & Tungabhadra.

Maximum numbers of the stream are pouring their large volume of water in these rivers and carry water during monsoon months. This water system flourishes all living creatures & formed a unique areas riched in flora and fauna.

The biodiversity hotspot in India has a wide range of diversity from invertebrates to mammals.

But this untouched pristine and serene landscape is now facing some serious threats that are non- recoverable and their impact is so immense that whole habitat is wiped out with its unique flora & fauna. All such threats are derived from money and lavish lifestyle-oriented human mindsets.

2.2 lakh trees will be axed in Western Ghats

On March 20, the controversial Hubballi-Ankola railway line project was cleared at the Karnataka State Wildlife Board meeting in Bengaluru.

The proposed 164.44-km line will pass through the Western Ghats and see felling of 2.2 lakh trees.

The Hubballi-Ankola railway is slated to run from Hubballi in Dharwad district to Ankola in Uttara Kannada district over a distance of 168 km, cutting through dense forests of the Western Ghats.

In particular, the railway line is proposed to be laid in two biodiversity hotspots – the Kali Tiger Reserve and Bedthi Conservation Reserve.

According to a site inspection report submitted to the Ministry of Environment, Forest and Climate Change, nearly 80% of the proposed line pass through the dense forest lands. The total land required is 995.64 hectares, including 595.64 hectares of forest land, 184.6 hectares of wetland, and 190 hectares of dry land.

A proposal to allow mining in Western Ghats

The state will request the Centre to exclude 15% of the area proposed as an eco-sensitive area (ESA) in the Western Ghats to allow mining and industrial activity.

“This was proposed based on suggestions received from the state’s industries department and mining bodies as the draft ESA extend into some villages falling within the mining and Maharashtra Industrial Development Corporation (MIDC) areas,” said Singh. He said the state would modify its final response to the draft ESA on the basis of the Centre’s response.

Declaring an ESA imposes restrictions on setting up projects such as mining, quarrying, thermal power plants, industrial units, and construction in the area.

Pollution: The use of agrochemical in the vicinity of forest especially in tea & coffee estates, cause serious damage to the aquatic and forest ecosystem.

All these activities have a negative impact on biodiversity.

These threats are seriously concerned and we have to take action on it or else the whole biodiversity of Western Ghats is on brink of extinction. Many reports have been submitted to government officials regarding the loss of forested areas from the Western Ghats, but the government is not taking this issue seriously.

It’s our responsibility to protect them from destruction. If we could not do anything for the conservation of Western Ghats right now, then it will be too late to save amazing flora and fauna from the old mountain range.