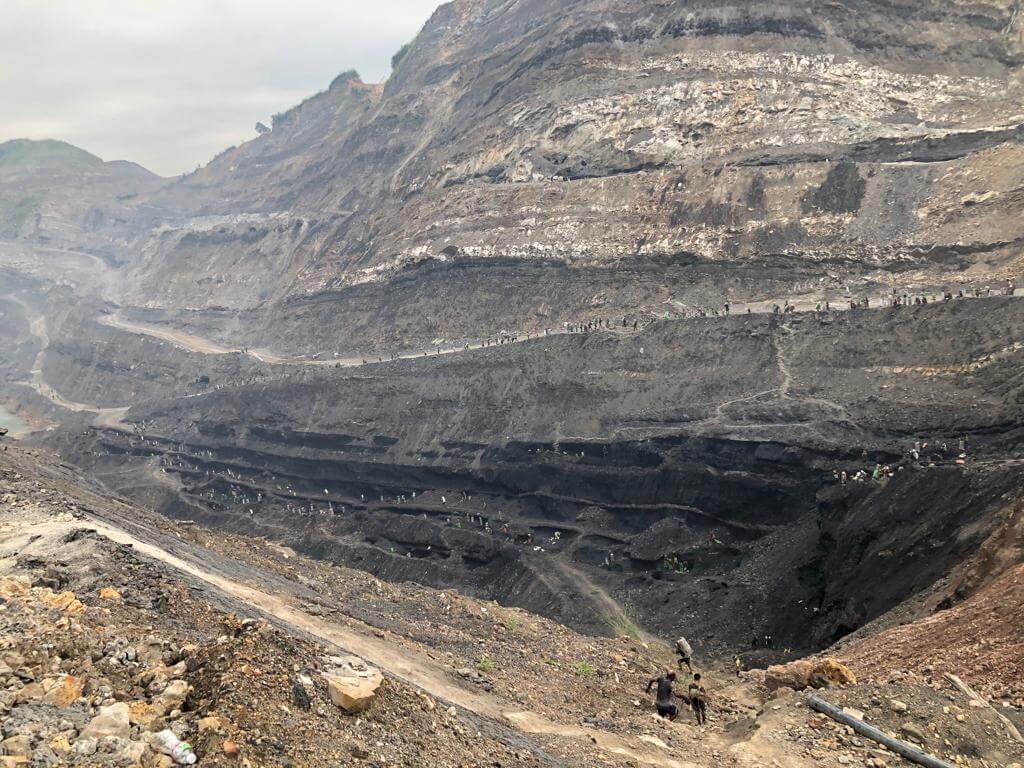 We need to protect our forests now!

While the entire nation has been under lockdown, the Ministry of Environment, Forest and Climate Change (MOEFCC) and the National Board for Wildlife (NBWL), our country’s highest government authorities entrusted with the role of protection of India’s environment, forests and wildlife have been busy diluting our environmental laws and clearing industrial, mining, hydropower, commercial projects […]

While the entire nation has been under lockdown, the Ministry of Environment, Forest and Climate Change (MOEFCC) and the National Board for Wildlife (NBWL), our country’s highest government authorities entrusted with the role of protection of India’s environment, forests and wildlife have been busy diluting our environmental laws and clearing industrial, mining, hydropower, commercial projects via video conferencing in our most pristine and biodiversity-rich forests.

This has enraged citizens across India and they have been expressing their angst on Twitter and other social media platforms using hashtags such as #StopEcocide, #IndiaAgainstDeforestation, #DumbOrGreedy, #SaveEIA, #SaveAmazonOfEast, #SaveArunachalBiodiversity, and others.

A nationwide tweet storm organized by college and university students from North East India and supported by citizens from different parts of the nation on Sunday, 24 th May 2020 trended at number 1 in all India trends and across most cities in the country.

Citizens across the length and breadth of India irrespective of their caste, color, creed or religion from Itanagar, Assam, Meghalaya, Manipur, Nagaland, West Bengal in East India to Himachal Pradesh, Delhi, Punjab, Haryana, Rajasthan, Uttar Pradesh in North India; and Gujarat, Madhya Pradesh, Maharashtra and Karnataka in West and South India were unified in their demand from the Indian government to #SaveDehingPatkai, #SaveAmazonOfEast, and #SaveDibangValley.

Dibang Valley and Dehing Patkai, two of the most bio-diverse rich forest habitats

Dibang Valley in Arunachal Pradesh and Dehing Patkai Elephant Reserve in Assam are recognised as one of the most bio-diverse rich forest habitats not just in India but globally as well.

They are home to some of the rarest and endangered flora and fauna which will be lost forever with the nod given by the Ministry of Environment, Forest and Climate Change (MOEFCC) for clearing more than 6,00,000 old-growth trees in Dibang valley for two environmentally destructive hydropower projects (Etalin and Dibang MultiPurpose projects) and by the National Board for Wild Life (NBWL) chaired by Mr. Narendra Modi himself for coal mining in 98.59 hectares in Dehing Patkai Elephant Reserve. Sub tropical forests like these are complex ecosystems with species that have evolved over millions of years. Once cut, they will be lost forever.

In their tweets, citizens tagged the Prime Minister of India, the Environment Minister, MOEFCC and the Chief Ministers of Arunachal Pradesh and Assam and asked them the following questions:

For whose benefit are these ecologically unsustainable and destructive hydro power projects in Arunachal Pradesh and coal mining project in Dehing Patkai being pushed for in a power surplus nation like India which has an installed capacity of 369000 MW against its peak demand of 183804 MW?

At a time, when the climate crisis is knocking at our doorstep and scientists have established a clear link between deforestation and increase in virus outbreaks such as Zika, Ebola, Corona; why are the elected leaders of India hell bent on destroying the nation’s biodiversity rich carbon sinks for hydropower, which is not even considered a clean source of energy anywhere in the world and coal mining which is known to be ecologically destructive with high greenhouse gas emissions?

Once environmentally detrimental coal mining – harmful for forests and wildlife is permitted in Dehing Patkai Elephant reserve, what will be the policy implication of this decision for elephant reserves across India?

Dehing Patkai: ‘Amazon of The East’

Dehing Patkai in Assam, referred to as ‘Amazon of The East’, is part of the largest stretch of tropical lowland rainforests in Eastern Himalayas and Indo-Burma biodiversity hotspots.

Some of the rare species found in Dehing Patkai are of high cultural importance for the Assamese people like Hollong (state tree), Foxtail Orchid (state flower), and White-Winged Duck (state bird).

Research studies through camera trapping reveal the presence of 7 wild cat species in the Dehing Patkai Reserve. This is the highest diversity of wild cats found anywhere in the world. Research on primates like Western Hoolock Gibbon, Bengal Slow Loris, etc in Dehing Patkai has found that arboreal species (living in trees) need unfragmented forests for their survival.

Dehing Patkai along with adjoining Deomali Reserve in Arunachal has a healthy population of more than 600 elephants whose natural movement will get negatively impacted by coal mining leading to increased man-animal conflict.

Dehing Patkai is also one of the last remaining habitats of 12 bird species that are of High Conservation Concern according to the State of India’s Birds Report 2020. There are 4 tree cavity nesting hornbill species that are highly vulnerable which are only found in Dehing Patkai & Namdapha National Park in India.

Dehing Patkai is home to globally threatened mammals such as Himalayan Black Bear, Chinese Pangolin, Himalayan Giant Squirrel and many others.

Coal mining in this pristine land will contaminate groundwater, rivers, streams and the soil and cause habitat destruction, which will endanger the lives of more than 50 mammal species, 350 bird species, 310 butterfly species,70 species of reptiles & amphibians, 40 odonate species and many ethnic groups residing in the area like Tai Phake, Khamyang, Khampti, Singpho, Nocte, Ahom, Kaibarta, Moran. Nod given for coal mining in this environmentally and ecologically sensitive zone needs to be revoked.

The scientific consensus is against the construction of large infrastructure in Dibang Valley as this is a high landslide and earthquake-prone region. Water storage reservoirs created by hydroelectric dams emit huge quantities of methane, a greenhouse gas which is 34 times more potent than carbon dioxide and so hydropower is not considered a clean source of energy anymore.

Glaciers upstream of Dibang valley will lose 60% of their current volume by the year 2050: Scientists

Thinning of glaciers taking place in the upper mountain areas of Dibang can give rise to sudden floods like what happened in Kedarnath a few years ago, which would cause immense destruction to hydropower projects and lives and land downstream not just in the state of Arunachal but Assam too.

Scientists have predicted that retreating glaciers upstream of Dibang valley will lose 60% of their current volume by the year 2050. This will drastically reduce the electricity production capacity of these hydropower projects making them completely unviable and unsustainable. The indigenous Idu Mishmi tribe too, less than 15000 in number, will lose their culture and traditional way of life with their forests and land taken away.

Citizens along with scientists and conservationists across India demand that permission given for these ecologically and culturally destructive projects in India’s mega biodiversity hotspots be withdrawn by the government.

The mesmerizing Dibang Valley and Dehing Patkai along with its indigenous people, rare wildlife, and pristine forests need to be preserved for the generations to come.