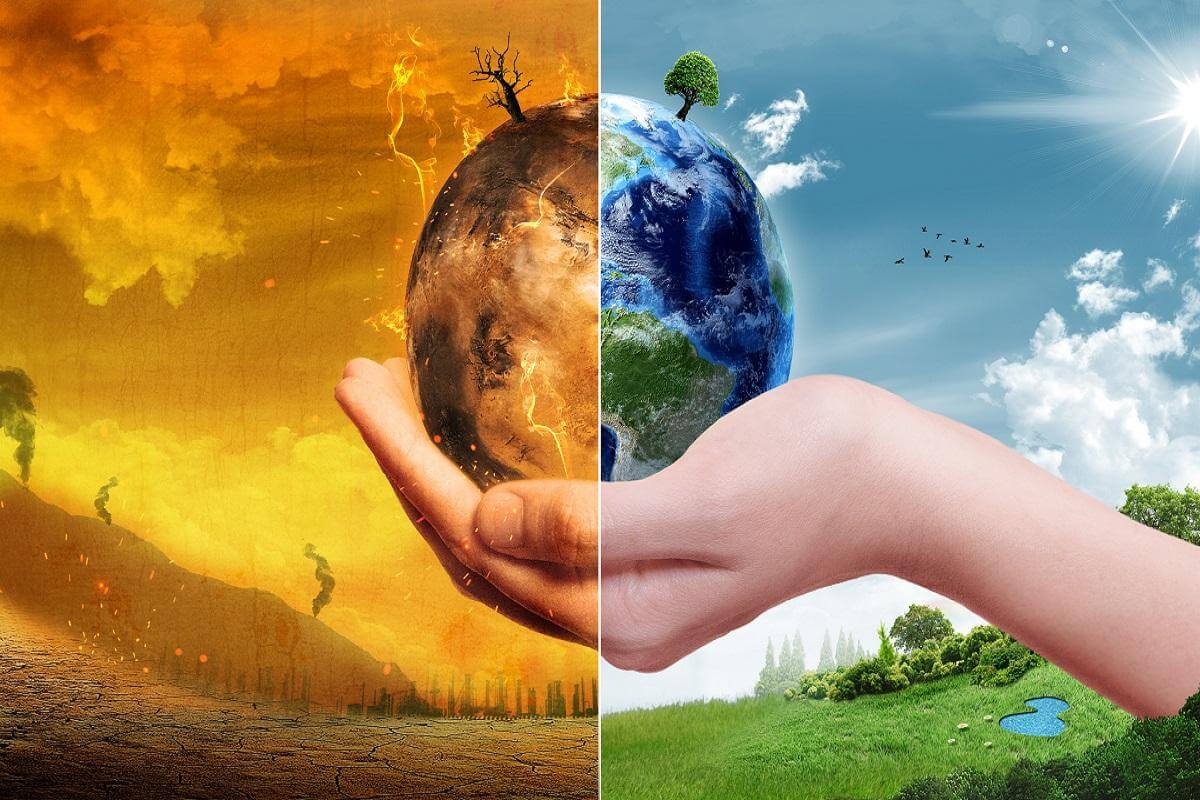 Why India Needs A Climate Change Law?
Climate Change is killing us and it will make us EXTINCT, sooner than later. Decades of ruthless exploitation of the planet and it’s the environment has resulted in a situation that nature is now hitting back and it is hitting back hard. The rising number of instances of violent weather phenomenon, forest-fires, extinction of species, droughts, […]

Climate Change is killing us and it will make us EXTINCT, sooner than later.

Decades of ruthless exploitation of the planet and it’s the environment has resulted in a situation that nature is now hitting back and it is hitting back hard.

The rising number of instances of violent weather phenomenon, forest-fires, extinction of species, droughts, flooding, melting ice caps, rising sea levels are just warning bells of the Armageddon that is waiting for us just around the corner. The human race is now on a slippery slope to extinction,
and if we don’t stop and reverse the trajectory now, then very soon the situation will become irreversible.

The Climate Scientists have an almost unanimous view that to avoid this
calamity, we need to restrict the rise in temperature to below 1.5 - 2 degrees over the pre-industrial levels, and for this purpose it’s imperative that the world becomes carbon-neutral by 2050.

Climate change law is the need of the hour

The Paris Agreement, which was framed within the United Nation’s
Framework Convention on Climate Change and was signed in 2016, called upon its member states to make all efforts to limit the rise of temperature to below 2C.

Many countries like New Zealand, Sweden, France and the United
Kingdom has already enacted Climate Change Laws, which bind these countries to achieve carbon neutrality by 2050.

The European Union has also recently unveiled its draft climate law, which proposes that the member States will attain carbon neutrality by 2050. Surinam and Bhutan have already declared themselves to be carbon negative.

In India, though the environment and nature have been given religious importance and are seen as the manifestation of God, the protection of the environment has been carried out more by the Supreme Court, than by the executive and legislature.

Unfortunately, India still doesn’t have any consolidated climate change law and the environmental issues and emission standards are governed by executive polices, which are declared from time to time. These policies are often a victim of vagaries of electoral politics and patronage and more often than not, end up serving causes other than that of the Environment.

Huge population affects the climate of the whole planet

India with its fast-paced economic growth and huge population affects the climate of the whole planet and therefore, enactment of an Indian Climate Change Act, which contains a binding declaration of attaining carbon neutrality by 2050 and creates an independent autonomous regulatory body of environment experts for preventing and mitigating the effects of climate change, is of utmost importance not only for the future of India but also of this planet.

However, like other developing countries dealing with high and widespread levels of poverty, the primary focus of the executive in India is on GDP growth based development and at present environmental issues do not occupy the highest priority.

Therefore, the enactment of such a law by the Government remains a very remote possibility. As such, the responsibility to ensure the enactment of a Climate Change Act falls again on the ultimate custodian of this country’s future i.e. the People of India.

Therefore, on behalf of the people, we have formulated a draft of the Indian
Climate Change Act, 2020 which in my opinion will help in ensuring that India is able to meet its commitments under the Paris Agreement and will be able to limit the rise in temperature to less than 2C.

The Draft Climate Change Act contains a declaration of India’s binding commitment to attain Carbon Neutrality by 2050 and to reduce the emission level to 50% by 2030.

This Act also envisages the creation of an Autonomous Climate Change Commission, to be headed by no less than a former Chief
Justice of India to ensure the stature, clout, and neutrality of the Commission, and contains a majority of environment experts so that the policies and decisions of the Commission are driven by those who have knowledge about the environment and have an idea of the ground situation.

Role of the Climate Change Commission

The Commission’s first function will be to assess how the existing laws,
regulations, emission levels, and policies would need to be amended and which new laws, regulations, and norms would have to be legislated in a way so as to enable the achievement of 50% emission reductions and to achieve the climate-neutrality objective by 2050.

The commission will also formulate and recommend binding measures, including the legislative measures, which are required to be taken by the Central and State Government for fulfilling their commitment under the Act. The Commission will also have the jurisdiction to inquire, suo motu or on a complaint into any action by any Government and/or private entity, which will result in a violation of the neutrality commitment.

This Commission will be saddled with the responsibility to carry out an annual assessment to ensure that India remains on the trajectory of achieving its climate neutrality target and incase the Commission feels that any additional measures are required to be taken, then it will be empowered to direct mid-course correction.

In other words, the object of the bill is to create an entity somewhat akin to an Environment Lokpal, an independent body which is not saddled with the liability of taking populist measures at the cost of the environment and has as it’s sole focus the mission of protecting India and the World from the drastic consequences of Climate Change.

In the early 1990s, a fiercely independent Election Commission, headed by Late Mr. T.N. Seshan, changed forever the way elections are fought and won in India and gave true meaning to fair and free elections of the country. This Act is an attempt to create a Climate Change Commission which will have the same backbone and muscle to deal with and prevent the calamity which we are heading towards.

The present Environment Ministry, which at present is saddled with a
somewhat similar responsibility has failed in rising to the challenge posed by Climate Change as it is a part of the executive and has to stick to the agenda of the government, which is driven more by GDP growth and popularity. The environment ministry also has no clout to control the more powerful ministries and thus, is unable to control and coordinate the policies of various departments.

The failure of the Environment Ministry and the reasons there emphasizes the need to have an autonomous body to take care of the issues relating to
Climate Change, as Climate Change, is too important and critical an issue to be left to vagaries of electoral politics and changing governments. The Right to Life enshrined in Article 21 of the Constitution of India is a basic feature of our Constitution and therefore, a Climate Change Commission which will work for the protection of Humanity from extinction will be working under the ambit of Article 21.

Is the Climate Change Act, 2020 going to stop climate change completely and protect us from its consequences? No, I don’t think so but it will be a first step in that direction. Wiser women and men will in coming years and decades improve upon it and adapt it to the changing situation. It’s just a first baby step in our battle against Climate Change, but then no battle would have been won if the first step was not taken.

I had shared this bill with one of the most prominent and well known environmental activists in the Country and she, through her experience, told me that this is a wastage of time as we already have an Environment Ministry for this purpose, which is doing absolutely nothing for the environment and is permitting cutting of forests and killing of animals and this Commission, if created, will also do the same. Her words filled me with despondency and I almost gave up on the idea.

While I was wallowing in self-pity, I suddenly remembered a childhood bedtime story about the King of Scotland Robert Bruce, who was defeated in every battle he fought against the British to free his nation.

One day, while he was lying disheartened in a cave, like me, he saw a small spider trying to weave a web across the cave ceiling. As the spider crawled up, a thread of the web broke and the spider fell down. But the spider did not give up. He tried to climb again and again. Finally, the spider successfully climbed up and completed the web. I still remember the moral of the story- Try, Try & Try again, until you succeed.

I realized that though due to various experiences, she may have given up on our planet and the future generations, we cannot do so as it’s a fight for our future and the future of everyone we know.

We cannot accept extinction due to Climate Change as a fait accompli. We just have to keep fighting till either we win or we are over the brink. With this bill, we are just trying to weave a thread, and I know that we may fail and we may fall, but have no doubt that we will climb again and again, till we succeed.