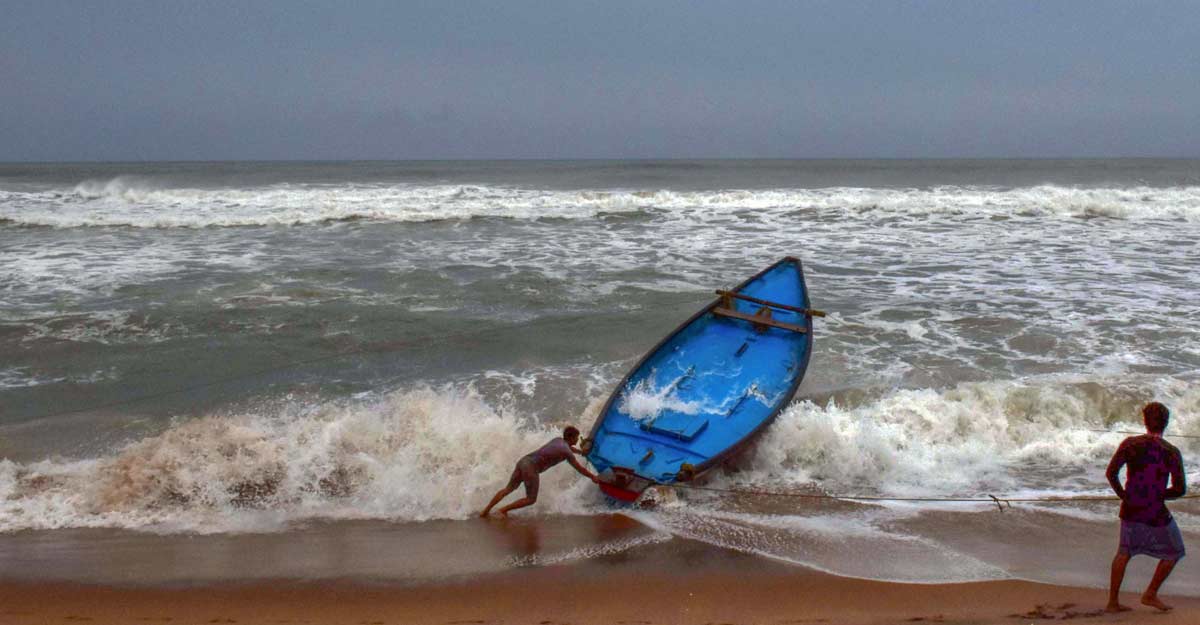 Extremely severe cyclonic storm 'Amphan' made landfall at 2.30 pm today between Digha in West Bengal and Hatiya island in Bangladesh.

The landfall process, triggering heavy rain and gusty winds in Odisha and Bengal, will continue for about four hours.

"The forward sector of the wall cloud region is entering into land in West Bengal. The intensity of the cyclone near its centre as the landfall process started was recorded at 160-170 kmph, gusting to 190 kmph," said the official.

"Bhadrak and Balasore (in Odisha) will continue to have damaging impact for 2-3 more hours. After this Odisha will not have any damaging impact," says Indian Meteorological Department (IMD) Chief Mrutyunjay Mohapatra.

Deaths in Bhadrak and Kendrapara districts of Odisha amid the cyclone

"We have received reports of a child's death at Tihidi in the Bhadrak district. The District Collector has sent a team, comprising tehsildar, medical and police officials. The exact cause will be ascertained after the autopsy," IANS quoted Special Relief Commissioner (SRC) Pradeep Jena as saying.

Cyclone Amphan is currently crossing the West Bengal coast near the Sunderbans and will reach Kolkata by evening, IMD director general Mrutunjay Mohapatra said as the storm was making landfall. He said strong winds with an intensity of 160kmph have commenced in coastal West Bengal districts. (PTI)

"Amphan will reach Bangladesh as a cyclonic storm and Assam as a deep depression," says IMD DG.

"In view of the prevailing Covid-19 scenario, all teams are equipped with PPE," officials say as the NDRF, IMD and Health Ministry brief the media on the current situation of cyclone Amphan and coronavirus.