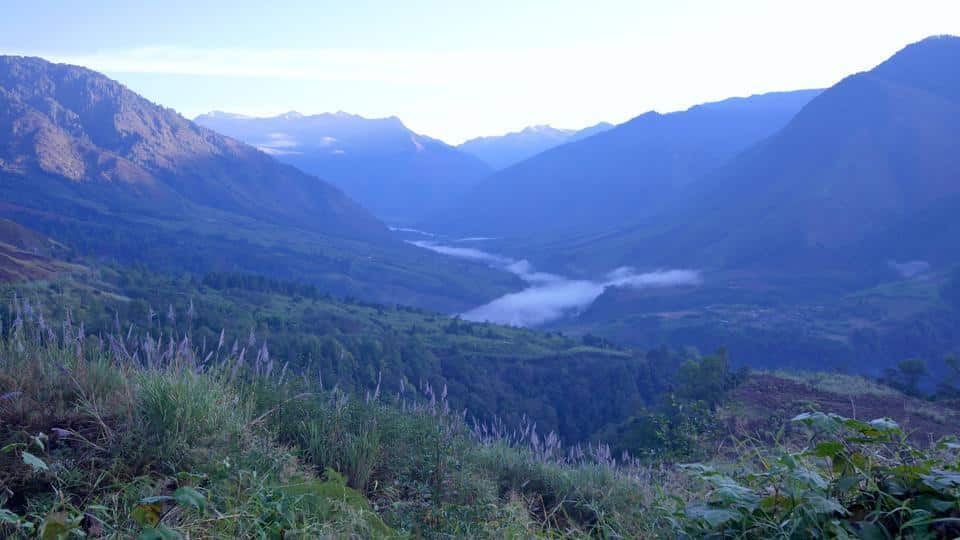 Why is saving Dibang Valley From The Etalin Hydropower Project Critical?
In the summer of 2008 in the dusty halls of a government office a file bearing the name “Etalin Hydroelectric Project” was put forward. The project was based on River Dibang in the Dibang valley. However, it was rejected not once but twice, in 2013 and in 2014. Expected to be the biggest hydroelectric power projects in India. It’s supposed […]

In the summer of 2008 in the dusty halls of a government office a file bearing the name "Etalin Hydroelectric Project" was put forward. The project was based on River Dibang in the Dibang valley.

However, it was rejected not once but twice, in 2013 and in 2014. Expected to be the biggest hydroelectric power projects in India. It's supposed to have two dams over Dir and Tangan, two tributaries of Dibang river.

The general argument in its favour is said to be the kind of electricity that would be generated and strategical location of the rivers on the Indo Sino border thereafter.

In September 2014, with Dam height reduction by over 10 metres from 288 meters, the project was swiftly cleared. Soon the clearances followed suit, non Environmental forest, (stage 1) defence and techno-economic were all cleared. The project awaited only forest clearance for seeking investment sanctions.

Surely, a project of such a huge proportion would have been much thoughtfully planned and not near a forest or an ecologically sensitive zone.

Dibang Valley: One of the global biodiversity hotspots across the world

However, we must take a closer look at the pseudo narrative that was put forward. First, let's take a tour of the Dibang Valley where the Etalin Hydroelectric Project is proposed.

In the North-Eastern most corner of India lies the enchanting Dibang Valley. The bejewelled Valley rich in Subtropical evergreen rainforests are home to one of the most diverse forms of life in the world. Majestic snowy capped mountains, gorges, valleys and roaring rivers. The valley has close to 300 glaciers in an area of 200 sq km and 350 glacial lakes covering an area of 50 sq km.

In 2018, Snow tigers were spotted in the valley at an altitude of 3630, one of the highest spots to behave Tiger sightings after a remarkable camera trap exercise that was carried out between 2015-2017.

An area of around 4129 sqkm of the entire Dibang valley is designated as Dibang Wildlife Sanctuary (DWS) Home to a considerable tiger population. According to a Taxa folklore, the Tigers are elder brothers to the Tani Tribe.

A 2014 Tiger census stalls 201 tigers in these hills and near the plains of river Brahmaputra out of which a number of them were spotted in Dibang Wildlife Sanctuary which extends to the Mishmi hills in the valley.

These tigers are guarded according to the local Idu Mishmi tribe around a cultural model, a culture has so far proven to be effective in saving the tigers.

Idu hamlets in the valley are centuries old. The local customs traditions, values and languages are only indigenous to the Dibang Valley region, some of these tribes are already facing extinction due to onslaught of modern lifestyle. The valley provides a safe haven for these tribes who keep their traditions alive. The region is also rich in plants of medicinal value such as Coptis Teeta. (Eroh), Taxux, Bacata etc.

The centuries-old heritage is under threat

However, this dense tropical forests, the richness of the diverse animal kingdom, the centuries-old heritage of the indigenous tribes is under threat to be gorged by the gigantic Etalin Hydroelectric Project.

Several scientists have got together and issued warning against the government granting forest clearance for close to 280,000 trees if the project was to go ahead. The valley is traditionally protected by local Idu Mishmi community with its wildlife.

In a letter by the Idu Mishmi people to forest department advisory committee (FAC), it was pointed out to the committee how the Elatin Hydroelectric Project would threaten local culture and heritage of the Dibang valley.

Anoko Mega member of the Arunachal Pradesh wildlife Board in his letter dated May 2, to the FAC, said that the Talon river is sacred to the community and the souls of the ancestors.

There are however further plans to build 18 more dams in the valley, which incidentally is also a seismically sensitive and active zone! The risk of floods and landslides also looms large in case of attempting with natural ecological topography.

According to the FAC itself in their report, the proposed project falls under "bio-geographical regions having luxuriant forests and a plethora of flora and fauna. It is also a vital tiger area. There was an earnest and active campaign against the project by conservationists, researchers, scientists as well as the local stakeholders like the tribes that inhabit the valley.

However, who can hear the voice of the animals, the pain of the trees as they are felled? Uprooted people can create another world but uprooted trees never grow back. A little bird has lost a home , a generation and started its lonely journey towards extinction.

The Forest Advisory Committee, the apex body of the Environment Ministry tasked with deciding whether forest land can be diverted for industrial projects, has once again deferred its decision on a controversial hydropower project in Arunachal Pradesh.

The 3097 MW Etalin Hydropower project, in the State’s Dibang Valley, has been delayed for over six years. This is because it required diverting 1165 hectares of forest in a region of rich biodiversity.

In a meeting on April 23, the FAC — at least two of whose members were part of the subcommittee that did the site-visit decided that it would be “prudent” to get input from the Ministry of Power. The reasoning, according to the minutes of the meeting, was that since 2015 the government may have changed its policy on hydropower projects.

Several hydropower projects have undergone a rethink in different parts of the country because of the costs, ecological damage and alternatives in the form of wind and solar energy

It is time for the priorities to veer towards wind, solar and sustainable energy rather than expensive hydroelectric projects which are a burden on economy, ecology and culture. Let us rethink power, rethink nature.

(Anku is a post-graduate in economics and studied filmmaking from nyfa, N.Y. She is a writer, animal and environment activist.)