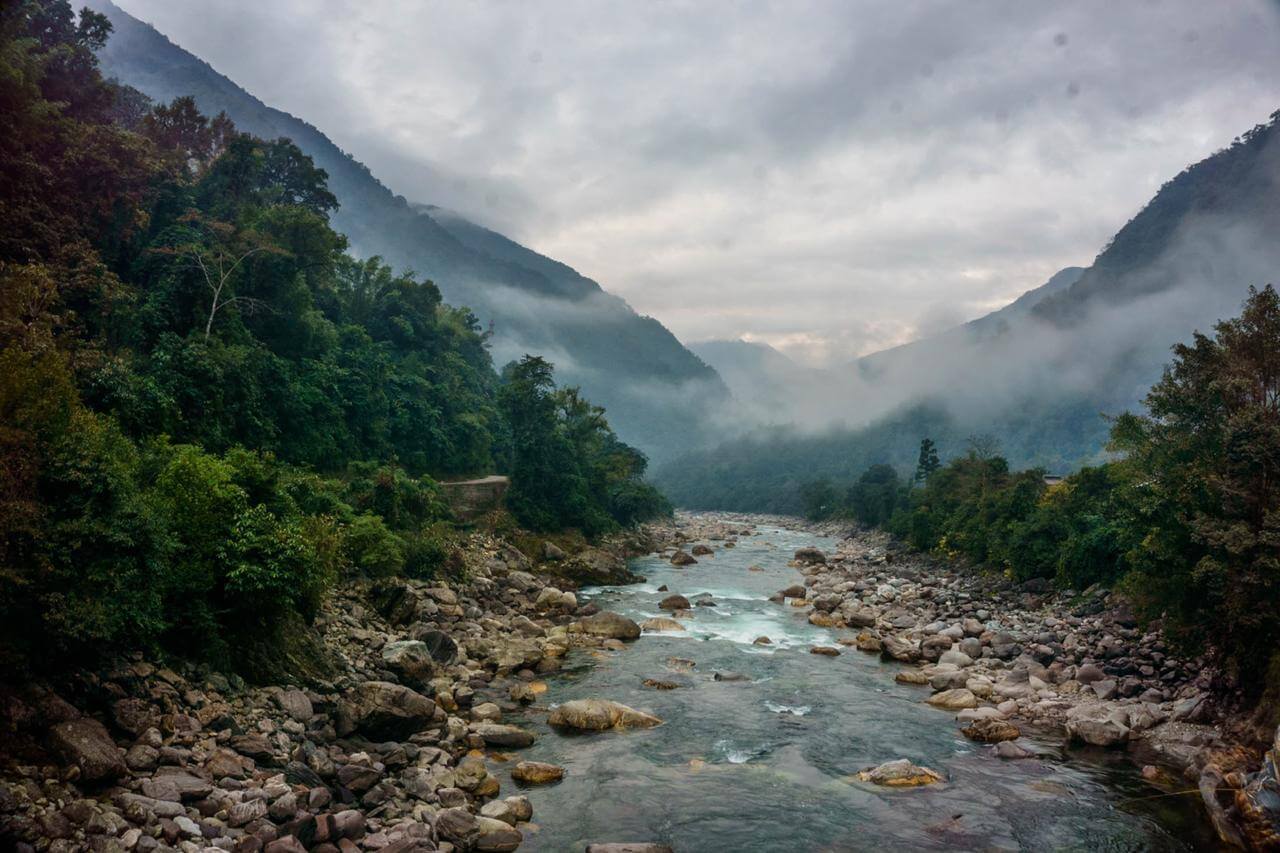 Twitter users come out to protest against hydropower projects in Dibang valley
Indian citizens express their angst in a nationwide tweetstorm against the government’s decision to push disastrous hydropower projects in Arunachal’s Dibang valley “What we are doing to the forests of the world is but a mirror reflection of what we are doing to ourselves and to one another,” said Gandhiji, the father of our nation. […]

With this thought in mind, citizens from different towns and cities across the length and breadth of India participated in a nationwide tweetstorm on Saturday, 9th May 2020 to demand that the Indian government stop the disastrous Etalin hydropower project in Arunachal Pradesh, which would destroy Dibang valley, one of the world’s mega biodiversity hotspots and a rich carbon sink for the entire nation.

The Prime Minister’s Office, Ministry of Environment, Forest and Climate Change (MoEFCC), India’s Environment Minister, and the Chief Minister of Arunachal Pradesh were tagged in all the tweets with the hashtags #StopEtalinSaveDibang and #SaveArunachalBiodiversity.

The tweetstorm held between 6 and 9 pm trended as high as number 10 in all India trends, number 1 in Mumbai trends, number 13 in Delhi trends and trended in many cities such as Calcutta, Itanagar, Guwahati, Shillong in East India; Jaipur, Lucknow in the North; Bhopal, Indore in Central India; Pune in West India; Hyderabad, Bangalore, Chennai in South India.

The message of the citizens from every corner of the country to the Indian government at the centre and in Arunachal Pradesh is loud and clear - “Do not destroy our rich carbon sinks and water recharge zones in the name of disastrous hydro power projects which would aggravate climate crisis in India when we are one of the most vulnerable nations to the impacts of the changing climate.”

No afforestation can replace the loss of more than 6 lakh old growth trees and the rich biodiversity they host that will be destroyed as a combined result of the 3097-megawatt Etalin project and the 2880 megawatt Dibang Multipurpose project, 2 of India's largest hydropower projects being planned on the same limb of the Dibang river.

The Factsheet (F. No. 8-20/2014-FC) considered in the Forest Advisory Committee meeting in February 2017 states, "Land in which the project is proposed is in pristine forest that once cut cannot be replaced."

Research in Dibang Valley shows that this region is a critical habitat for Schedule I endangered species including 52 tigers, more than 50 other mammal species including the Clouded Leopard, Mishmi Takin, Red Goral, Musk Deer and 430+ bird species including rare ones like Rufous-necked Hornbill, Ward's Trogon, Hodgson's Frogmouth, Mishmi Wren-Babbler.

These hydropower projects will also destroy the traditional way of life of the indigenous Idu Mishmi tribals who have for generations protected and managed these forests.

In their tweets, citizens pointed out facts such as:

Why is clearance being given to this project without conducting multiple seasonal studies on biodiversity by an internationally credible institute as recommended by the Forest Advisory Committee in 2017 saying that the current Environmental Impact Assessment done for the project is inadequate?

What is the logic behind making these hydropower projects on the Dibang river, a high mountain watershed area prone to natural hazards and in seismically active zone V which has recorded 34 earthquakes in the last 100 years?

It is not certain that dam safety measures and the design can withstand multiple glacial lake outburst floods and seismic events. Given the potential risks to communities and their ecosystems, the scientific consensus is against dam construction in Dibang Valley.

Why is the government not paying heed to the scientists and geologists when they are saying that rocks in the Eastern Himalayas are soft and fragile making dam building in these geological conditions risky when earthquakes occur?

For whom is the Modi government pushing these really expensive hydropower projects destroying precious biodiversity and India’s huge carbon sinks, when scientists have predicted that the fast retreating glaciers that feed the rivers upstream of Dibang valley will lose 60% of their current volume by 2050 which will drastically reduce the electricity production capacity of hydropower projects in the next few years?

Can the government control the thinning of glaciers taking place in upper mountain areas of Dibang that can cause sudden floods like what happened in Kedarnath in 2013 that could destroy the hydropower projects and lives downstream?

Why is the Indian government promoting hydropower as a clean and green source of energy when scientific studies show that methane which is 34 times more potent than carbon dioxide, makes up 80% of emissions from water storage reservoirs created by dams.

In tropical nations such as India, hydropower can emit methane emissions as much or even more than greenhouse emissions of coal-fired power plants.

Why is the government blind to hydropower leading to the extinction of fish & aquatic species, loss of forests & farmlands downstream?

Who is this economically & ecologically unsustainable Etalin Project and other such hydropower projects in Arunachal Pradesh being pushed for in a power surplus nation like ours which has an installed capacity of 369000 MW against its peak demand of 183804 MW?

It is the responsibility of the state to ensure that people’s Right to Life (Article 21 of the Constitution of India) is fully protected which includes citizen’s right to clean air and water security.

Further, the Directive Principles of the State Policy, Constitution of India (Article 48A) directs the state to protect and improve the environment and to safeguard the forests and wildlife.

Citizens hope that the government wakes up to the fact that India is not a dictatorship but a democracy in which the state cannot take unilateral decisions that negatively impact the well being of the citizens, the forests and the wildlife.

The views expressed in the article are the author’s own. Let Me Breathe neither endorses nor is responsible for them.)