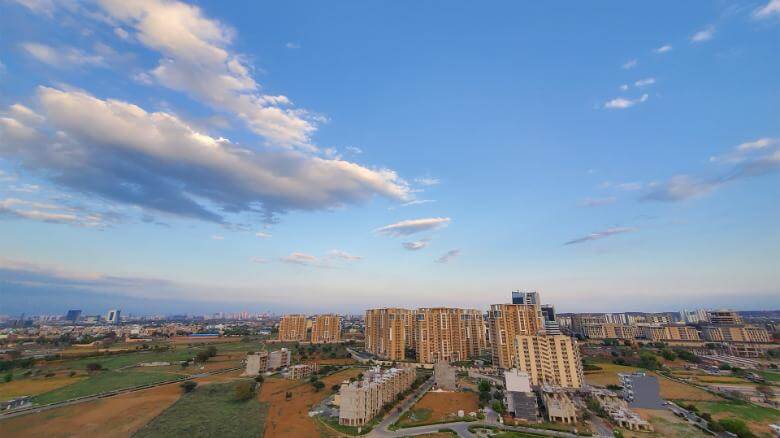 Its nature now moving back to the pieces left empty by the deadly coronavirus what began with gradually emptying the public spaces, empty streets, empty tourist spots, empty roads. Its now slowly seen nature occupying that space Italy’s effort to limit the coronavirus meant an absence of the boat traffic on the city’s favorite waterways […]

Its nature now moving back to the pieces left empty by the deadly coronavirus what began with gradually emptying the public spaces, empty streets, empty tourist spots, empty roads.

Its now slowly seen nature occupying that space Italy’s effort to limit the coronavirus meant an absence of the boat traffic on the city’s favorite waterways and the changes happen quickly meanwhile peacocks are roaming on the roads during the lockdown in Madrid and Spain.

While pigeons have taken over in Rajiv Chawk Delhi. Juhu beach hasn’t been this clean in decades. Countries that have been under stringent lockdown to stop the spread of the coronavirus have experienced an unintended benefit in pollution levels.

Pollution levels have gone down

The pollution level has shown a drastic dip. Satellite images revealed a marked fall in the global nitrogen levels. As cities lockdown to fight the pandemic daily average levels of nitrogen and PM (particulate matter) is less than 2.5 micron.

It is one of the harmful gas for air pollution. (PM2.5) causes more than 4 million deaths every year in the whole world. The World Health Organisation (WHO) describes No2 as a toxic gas which causes significant inflation of the airways at concentrations above 200 microorganism cubic meter.

The center for Science and Environment has also assessed hourly trends in PM 2.5 and No2 level during the day before and after the lockdown and also on the day of Janta Curfew.

The central pollution control board Delhi says that on the day of Janta Curfew, as a result of a combination of the reduced vehicle on the road, functioning of only essential commercial units and prevailing weather conditions, a significant reduction was noted for PM and Nox levels on March 21, 2020, AQI was ‘Moderate’ in which gradually improved from higher to lower level end of the category.

Overall up to 44% reduction in PM levels was observed in Delhi during March 22-23 , 2020 compared to the previous day. The PM reduction was though 8% on the curfew day but declined to 34% the next day owing to negligible combustion activities on March 22-23,2020 in and around the city.

We live in an age in which intersecting crises are being lifted to a global scale, with unseen levels of inequality, environmental degradation, and climate destabilization, as well as new surges in populism, conflict, economic uncertainty, and mounting public health threats.

All the crises that are slowly tipping the balance, questioning our business as the usual economic model of the past decades, and requiring us to rethink our next steps. First China, then Italy, now the UK, Germany and dozens of other countries are experiencing temporary falls in Carbon Dioxide of as much as 40%, greatly improving air quality.

From the studies done by SAFAR and TERI-ARAI in 2018, it is known that vehicles contribute about 40 percent The human footprints on earth has suddenly lightened. Air traffic halved by mid-March compared with the same time last year.

Last month, road traffic fell by more than 70% to levels last seen when the Beatles were in shorts. With less human movement, the planet has literally calmed: seismologists report lower vibrations from “cultural noise” than before the pandemic.

In China, the world’s biggest source of carbon, emissions were down about 18% between clearly between early Feb and mid-march a cut of 250m tonnes, equivalent to more than half the UK’s annual output, Europe is forecast to see a reduction of around 390m tonnes.

For many experts, it is a glimpse of what the world might look like without fossil fuels. But hopes that humanity could emerge from this horror into a healthier, cleaner world will depend not on the short term impact of the virus, but on the long term political decisions made about what follows that there is no doubt that these lockdowns are hitting the fossil fuel industry.

The fuel emission which harms millions every year has caused rapid structural change with no or limited overshoot of 1.5C global net and anthropogenic Co2 drops by about 45% from 2010 levels by 2030.

Significant falls can also be expected in the US, where passenger vehicle traffic – its major source of Co2 has fallen by nearly 40%. Even assuming a bounceback once the lockdown is lifted, the planet is expected to see its first fall in global emission since the 2008-2009 financial crisis.

So many more people are learning to teleconference from home that the head of the Automobile Association in the UK advised the government to switch infrastructure investment from building new roads to widening internet bandwidth.

The drop in emissions is global and unprecedented, Air pollution has plunged in most areas. The virus provides a glimpse of just how quickly we could clean our air with renewables. That’s why we need a systematic change in our energy infrastructure, or emissions will roar back later.

Firstly we have to understand that COVID-19 is not a climate change pandemic – as far as we know, nothing about the emergence or spread of the coronavirus beats the recognizable imprint of global warming.

But if the disease and our utter inability to respond to it terrifies you about our future staring down climate change, it should, not just as a “fire drill” for climate change, generally but as a test runs for all diseases that will be unleased in the decades ahead by the warning.

In India which is the home of 21 of the world’s 30 most populated cities, but recently air pollution levels have started to drop dramatically as the second most populated nation endures the second week of the 21-day lockdown amidst coronavirus fears.

The virus is a terrifying harbinger of future pandemics that will be brought about if climate change continues to so deeply destabilize the natural world scrambling ecosystems, collapsing habitats, rewiring wildlife, and rewriting the rules that have governed all life on this planet for all the human history.

With the sudden urge to gear with the turmoil in the economy  and politics, restoring lives back to normal, will we ever be ‘As green as possible?’ Newspaper, Articles flash with the info & danger of coronavirus but back then, the columns of climate and its crisis were left unheard for sure.

The top priority should now be the biosphere and the welfare of beings. Every step directed towards a Greener World. It’s early to say what effect will the virus actually does the environment. All need to be known as a current climate crisis is as alarming the coronavirus. We willingly have closed our ears to mother’s nature screams and eyes to her help wanted signs.

With decreased pollution, coronavirus shows it’s possible to restore. All it needs is determination and will power which hugely lacks when it comes to the future of our only planet.

(Sarthak is a 1st-year law student at Lloyd Law College, part of an NGO which works for the welfare of slum children. He aims to work for environmental issues.)