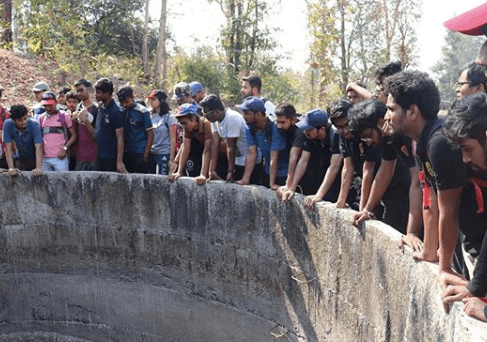 Water conservation in Maharashtra
10
The United Nations Educational, Scientific and Cultural Organization (UNESCO) World Water Development Report states that India is the largest extractor of groundwater in the world. Two-thirds of the total amount is abstracted in Asia with India, China, Pakistan, Iran and Bangladesh as major consumers. 21 major cities of India are expected to run out of […]

The United Nations Educational, Scientific and Cultural Organization (UNESCO) World Water Development Report states that India is the largest extractor of groundwater in the world. Two-thirds of the total amount is abstracted in Asia with India, China, Pakistan, Iran and Bangladesh as major consumers.

21 major cities of India are expected to run out of groundwater as soon as 2020, affecting around 100 million people, the think tank’s new report states. About 75% of households do not have drinking water at home, 84% rural households do not have piped water access, and 70% of India’s water is contaminated, with the country currently ranked 120 among 122 in the water quality index.

By 2030, the country’s water demand is projected to be twice the available supply, implying severe water scarcity for hundreds of millions and an eventual loss of around 6% of the country’s GDP.

What is the importance of groundwater in India?

Groundwater is supporting livelihoods of over 26 crore farmers and agricultural laborers.

Groundwater is one of the most important water sources in India accounting for 63% of all irrigation water and over 80% of rural and urban domestic water supplies.

Wells, including dug wells, shallow tube-wells and deep tube wells provide about 61.6% of water for irrigation, followed by canals with 24.5%.

Increased demand for water for domestic, industrial and agricultural needs and limited surface water resources lead to the over-exploitation of groundwater resources.

There are limited storage facilities owing to the hard rock terrain, along with the added disadvantage of lack of rainfall, especially in central Indian states.

Frequent pumping of water from the ground without waiting for its replenishment leads to quick depletion.

Subsidies on electricity and high MSP for water intensive crops is also leading reasons for depletion.

Water contamination as in the case of pollution by landfills, septic tanks, leaky underground gas tanks, and from overuse of fertilizers and pesticides lead to damage and depletion of groundwater resources.

An initiative of rainwater harvesting taken by Students of the institute of chemical technology and me, the community leader for eco-warriors India. We collaborated with Raah Foundation which works in the remote areas of Palghar, Jawahar and Mokhada talukas in Maharashtra where clean drinking water is not very easily accessible.

We conducted a drive where we made water harvesting and conservation pits.

We met the local people and understood the ground reality and decided to help them in whatever way we could. After imbibing knowledge about the recent developments in that area for water conservation and storage of water for the summer, we proceeded towards the grounds.

Near the fields, we helped in digging small ponds and percolation pit which will help recharge groundwater. The water stored here would later be used for irrigation and drinking purpose.

This was an eye-opening experience for everyone. We believe that we can contribute even more for the development of rainwater harvesting and we plan on taking frequent tours to water deficit.