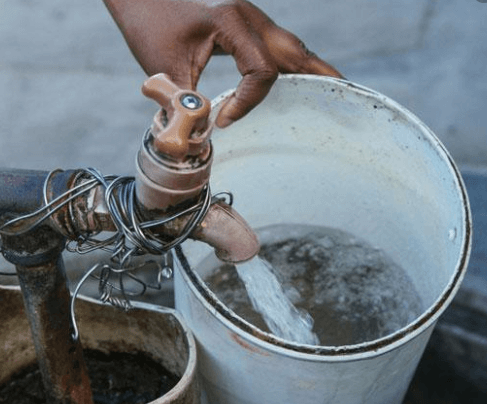 How much do we know about water conservation?
Yes! we all agree that there is a scarcity of water in Chennai. Most of us will agree that we need to be more proactive in tackling the issue. Some of us take the initiative and talk about it. Only a few of us will actively participate in the actions needed to be taken.  All […]

Yes! we all agree that there is a scarcity of water in Chennai. Most of us will agree that we need to be more proactive in tackling the issue. Some of us take the initiative and talk about it. Only a few of us will actively participate in the actions needed to be taken.

All I can hope is that when we do reflect on the matter as a society we are not left with our heads down realizing that maybe our efforts were too little and too late.

Noticed the ambiguity in the pronouns used earlier? So did Srihari Kothandapani, a 9 th grader residing in the Pallikarnai area of Chennai. The young gun took the matter in his hands and conducted a door to door survey of about 50 households in his neighborhood asking them nine carefully crafted questions to gauge the level of awareness and proclivity towards conservation of water in domestic use.

The audience being surveyed was the booming demographic of middle-class households, living in apartment-style residential complexes. The apartments were dependent completely on private water tankers to fulfill the domestic water needs. As a result spent a considerable amount of money on water and were considered to be ahead in the water conservation awareness curve. The outcomes however, paint a different picture of reality.

Here is a good start. A good degree of self-awareness was displayed admitting that maybe we are not very mindful about the way we use the water available.

Time to dig a little deeper and understand how exactly, if at all, we are moving towards more efficient usage of water.

When it rains it pours, especially in Chennai. This is old news. Surprising that house owners and designers haven’t invested in the kind of technology that makes them self sufficient and helps them assert an ownership over the rain that falls on their property.

Yes RO is a safe and reliable technology when it comes to ensuring purity of the water. But it is extremely wasteful when it comes to water efficiency. 3 liters of wastewater is generated for every 1 liter of drinkable water.

In most households, this tiny hose is led straight into the sink nearest to the purifier as the data indicates.

Who takes the blame for the complete lack of foresight in this case? is it technology? the users? or the enablers? Just some food for thought.

An aerator or usage point optimizer is a small device that can be fitted in any tap to drastically reduce (by 40-70%) the amount of water flowing through it per unit time hence preventing excessive usage.

It costs Rs 120 or lesser depending on the maker. No, it doesn’t really take a plumber to fix it to tap in most cases and yes all the points described earlier are true. The lack of awareness and its use is shocking to say the least as even the 6% who knew about the device had not yet incorporated it in their taps.

Here is a question that tested not just how little we know about water conservation techniques, but also how constricted out society remains about the things that we consider taboo, lowly or below us to even engage in a conversation, let alone get our hands dirty trying to bring about the change.

Flush tanks in most urban residential complexes are way too trigger-happy and discharge entirety of its load with a single press. Many will argue that this may not be the best of designs considering the purpose for which it is being used at any given time.

There are simple DIY methods to optimize the flush. Not-so-shockingly no one in the survey audience had ever heard of such an idea. Some were reluctant to even talk about it in an open conversation.

Although the survey actually paints a pretty grim image about our level of understanding, there are some positives that can be taken away from the whole exercise.

Trained at Reap Benefit Solve Bootcamp, Srihari had anticipated the behavior of the audience and as a good foresight had a few solutions ready to enable the people to moved enough by the embarrassment of such ignorance.

As a result of the interaction, 100% of the audience that did not re-use RO wastewater made a change in their households and started incorporating it for cleaning, mopping purposes.

84% of the audience bought an aerator and installed it in the most frequently used tap in their household leading to an average saving of 74,460 Lit per year per household.