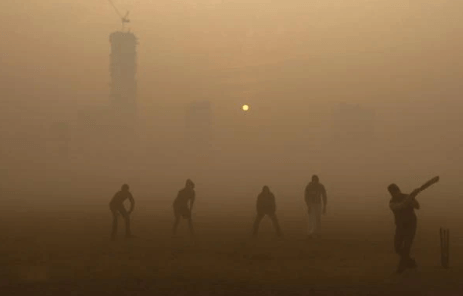 The rising air pollution in Kolkata
Pollution levels across India are some of the highest anywhere in the world. Kolkata is definitely one of them. A once beautiful city has hit high AQI and has been reduced to a huge garbage yard with tons of plastic waste strewn on every square inch of the city. Along with the number of aging […]

Pollution levels across India are some of the highest anywhere in the world. Kolkata is definitely one of them. A once beautiful city has hit high AQI and has been reduced to a huge garbage yard with tons of plastic waste strewn on every square inch of the city.

Along with the number of aging buses and trucks spewing smoke – the various coal fires and dusty construction sites, have made the landscape a wasteland.

Air pollution in Kolkata is a serious issue

Air pollution in Kolkata is a very underrated problem. The buses in Kolkata are very old and use very poor quality fuel which emits black smoke. Even after a few hours of staying outside, one can collect black particles inside the nostrils. We breathe very dangerous air in the city.

Last year, when the Environment Pollution (Prevention and Control) Authority declared a public health emergency in the Delhi-NCR region, Kolkata too reeled under toxic ambient air as a consequence of rampant bursting of fireworks during Kali Puja immersions but it went unnoticed.

Kolkatans lose 3.5 years of life due to air pollution: Study

Last month, a report was released Kolkata’s polluted air is reducing the lifespan of its citizens by as much as 3.5 years on an average, according to a study conducted at Chicago University.

The unique study — Air Quality Life Index (AQLI) — was unveiled in a presentation organized by the city-based Active Citizens Together for Sustainability (ACTS) and the Energy Policy Institute, University of Chicago (EPIC).

The study was conducted on data collected in 2016. Pollution levels have worsened since then, and experts have warned that had the study been conducted on subsequent years’ data, the negative impact on life expectancy would certainly have worked out to be much greater.

Another issue that Kolkata faces a lot is the burning of coal furnaces everywhere. Local vendors burn coal on the streets and that smoke is very very toxic and cancerous. Coal is cheap and easily available in Kolkata and that's why it's so widely used instead of gasoline.

Even the waste dumping system is unsustainable as there is no differentiation between recyclable waste and non-recyclable waste. Citizens of Kolkata need to start traveling in a more eco-friendly way in uber pool, carpooling, buses trams and on cycles.

Action is required. We need more electric buses in Kolkata. The street dwellers and people who live on the streets are in constant threat of lung cancer. The growth in the number of cars is very unsustainable. What Kolkata needs is a lot of tree plantation drives and an electric bus system and better public transportation.

(Kanishk Saraogi is the founder and president of WAO NGO. He is currently studying social enterprise in the University of Stirling in Scotland)