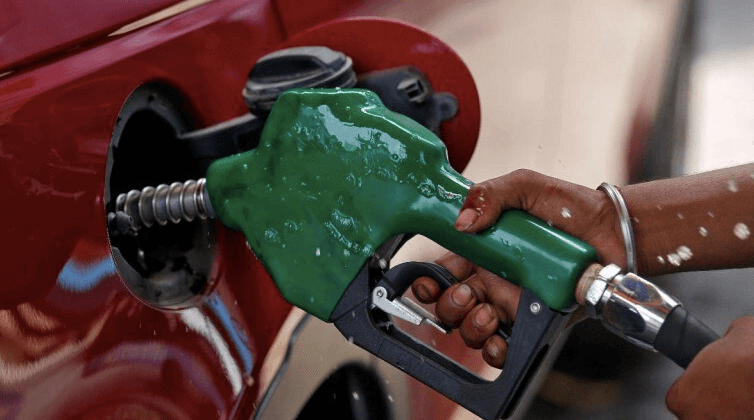 India to switch to world’s cleanest petrol, diesel from April 1
India will switch to the world’s cleanest petrol and diesel from April 1 as it leapfrogs straight to Euro-VI emission compliant fuels from Euro-IV grades now – a feat achieved in just three years and not seen in any of the large economies around the globe. India will join the select league of nations using […]

India will switch to the world's cleanest petrol and diesel from April 1 as it leapfrogs straight to Euro-VI emission compliant fuels from Euro-IV grades now - a feat achieved in just three years and not seen in any of the large economies around the globe.

India will join the select league of nations using petrol and diesel containing just 10 parts per million of sulphur as it looks to cut vehicular emissions that are said to be one of the reasons for the choking pollution in major cities.

Sanjiv Singh, Chairman of Indian Oil Corp (IOC) - the firm that controls roughly half of the country's fuel market, said almost all refineries began producing ultra-low sulphur BS-VI (equivalent to Euro-VI grade) petrol and diesel by the end of 2019 and oil companies have now undertaken the tedious task of replacing every drop of fuel in the country with the new one.

From storage depots, the fuel has started travelling to petrol pumps and in the next few weeks all of them will only have BS-VI grade petrol and diesel, he said. "We are 100 per cent confident that fuel that will flow from nozzles at all the petrol pumps in the country on April 1 will be BS-VI emission compliant fuel."

"It was a conscious decision to leapfrog to BS-VI as first upgrading to BS-V and then shifting to BS-VI would have prolonged the journey to 4 to 6 years. Besides, oil refineries, as well as automobile manufacturers, would have had to make investments twice - first to producing BS-V grade fuel and engines and then BS-VI ones," he said.

State-owned oil refineries spent about Rs 35,000 crore to upgrade plants that could produce ultra-low sulphur fuel. This investment is on top of Rs 60,000 crore they spent on refinery upgrades in the previous switchovers.

BS-VI has a sulphur content of just 10 ppm and emission standards are as good as CNG.

Originally, Delhi and its adjoining towns were to have BS-VI fuel supplies by April 2019 and the rest of the country was to get same supplies from April 2020.

But oil marketing companies switched over to supply of BS-VI grade fuels in the national capital territory of Delhi on April 1, 2018.

The supply of BS-VI fuels was further extended to four contiguous districts of Rajasthan and eight of Uttar Pradesh in the National Capital Region (NCR) on April 1, 2019, together with the city of Agra.

BS-VI grade fuels were made available in 7 districts of Haryana from October 1, 2019.

Singh said the new fuel will result in a reduction in NOx in BS-VI compliant vehicles by 25 per cent in petrol cars and by 70 per cent in diesel cars.

The switchover, he said, is a tedious task as every drop of old, higher-sulphur content fuel has to be flushed out in depots, pipelines and tanks before being replaced by BS-VI.

"We are confident of disruption-free switchover to BS-VI supplies across the country," he said. "What we will be supplying is the best quality available anywhere in the world. You don't have any better fuel that is supplied in any part of the world. Perhaps our BS-VI fuel will be better than equivalent fuel in some parts of the US and Europe."

India adopted a fuel upgradation programme in the early 1990s. Low lead gasoline (petrol) was introduced in 1994 in Delhi, Mumbai, Kolkata and Chennai. On February 1, 2000, unleaded gasoline was mandated nationwide.

Benzene limits have been reduced progressively from 5 per cent in 2000 to 1 per cent nationwide. Lead content in gasoline was removed in phases and only unleaded gasoline is being produced and sold from February 1, 2000.

The octane number of gasoline signifies the improved performance of the engine. Loss in octane number due to phasing out of lead was made up by installing new facilities in the refinery and changes in refinery operation. RON (Research Octane Number) of gasoline for BS-2000 spec was increased to 88. This has over time been increased to 91.