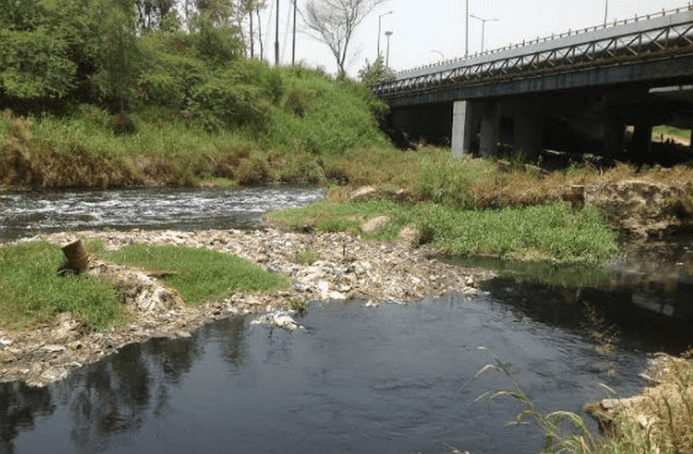 How plastic pollution is destroying Yamuna and Taj Mahal in Agra

The Yamuna River in Agra is gasping for life. The 22-km stretch along the national capital has virtually no aquatic life, all because of over 20 drains that pour untreated sewage and other waste into the river. It has been a known fact that plastic is a prime catalyst for air and water pollution, and […]

The Yamuna River in Agra is gasping for life. The 22-km stretch along the national capital has virtually no aquatic life, all because of over 20 drains that pour untreated sewage and other waste into the river. It has been a known fact that plastic is a prime catalyst for air and water pollution, and it indirectly degrades the living condition of masses.

According to the experts, factors like river-basin degradation, ecological pollution, contaminant effect on ecosystem and ecology, solid and liquid waste pollution and encroachment on riverbed have all combined to kill Yamuna’s aquatic life.

There is also water crisis in Agra which affects half of the people living there. “Because of plastic, underground water fails to recharge which is a major reason for water crisis,” said Green Activist Shravan Kumar Singh, Braj Mandal Heritage Conservation Society.

“When plastic settles at ground level, recharging of groundwater is not possible,” said Eco-activist Dr.Sharad Gupta.

According to a 2015 report, the Yamuna, by the time it flows through Agra, has nearly 50 times more biochemical oxygen demand (BOD) than the permissible limit. The Central Water Commission (CWC) has declared that the river water at Agra is safe neither for irrigation nor for domestic use. Water in the river, now polluted beyond repair, an official said, is also contaminating groundwater.

No drinking water left in Agra

The local residents in Agra also complain that despite various initiatives taken by the government, the situation of the Yamuna remains the same.

“Now, the water table has gone 200 feet down because there is no water left in the Yamuna!” said Sandeep Arora, President of Agra Tourism Development Foundation.

“There is a water pipeline that has come from Khurja which is 180km away from Agra. There is no water left here,” added Shravan Kumar.

Apart from the water crisis, plastic pollution has also affected the Taj Mahal. In fact, all the monuments are getting destroyed in Agra.

“Because of winters, water gets stored there and doesn’t dry up and due to this Geoldichironomus gets developed and then hits the Taj,” said Sandeep Arora.

Taj Mahal has been threatened by insect poo – environmentalists say that bugs from the polluted Yamuna river nearby are invading the monument, leaving greenish-black patches of waste on its pristine white marble walls. One of the insects is called Chironomus Calligraphus (Geoldichironomus).

Overall, plastic pollution is what needs to be ended from its root in order to save the Yamuna and the taj mahal. Governments need to be sensitive and determined and need greater public awareness.