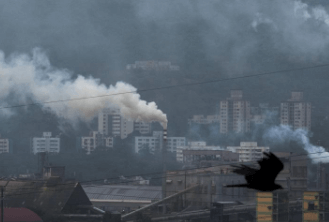 The Brihanmumbai Municipal Corporation (BMC) recently approved the development of an air quality monitoring network of 90 stations in the city, which will make it the largest such network in India. The project is expected to be completed over the next five years and will be funded by the BMC and private organisations. At ₹9.5 […]

The Brihanmumbai Municipal Corporation (BMC) recently approved the development of an air quality monitoring network of 90 stations in the city, which will make it the largest such network in India.

The project is expected to be completed over the next five years and will be funded by the BMC and private organisations. At ₹9.5 crore, 80 real-time air monitoring stationary stations will give location-wise updates, while 10 mobile sensors (in Brihanmumbai Electric Supply and Transport buses) will provide representative air quality sampling across the city.

Following the deployment of this network, the city will overtake Delhi’s network of 38 air quality monitors, the largest in India at present, said civic chief Praveen Pardeshi, adding that the focus would be to check hyperlocal sources and help develop measures to reduce air-pollution exposure.

There are 15 stations under the Maharashtra Pollution Control Board (MPCB), 10 under the System of Air Quality Weather Forecasting and Research (SAFAR), and five under BMC.

Mumbai witnessed an 80% surge in particulate matter concentration from 2007 to 2018. PM10 concentration was the highest in 20 years in 2018 at 162 microgrammes per cubic metre (µg/m3), which was almost thrice the national ambient air quality safety standards (60 µg/m3), and eight times the international standards (20 µg/m3) identified by the World Health Organisation (WHO). The 2019 average has not been published by the Central Pollution Control Board (CPCB) yet.

The proposed network will provide hourly and daily concentrations for pollutants like particulate matter (PM1, PM2.5, PM10) as well as three-day forecasts.

Monitoring of additional gas pollutants like nitrogen dioxide (NO2), ground-level ozone (O3), carbon monoxide (CO) and sulphur dioxide (SO2) will be introduced into the network in subsequent stages. The information will be provided in the form of graphs and maps, according to the proposal.

“This is a good development. Hopefully, the data at every local level will be used to develop more citizen-friendly policies in particular health policy. However, we all know that the best mitigation for poor quality air for Mumbai is trees. The authorities need to preserve our forests and old trees. Hopefully, the data generated will enable more eco-sensitivity and take more green measures for each and every ward and the local area. Construction pollutants need to be restricted and its effects on the health of citizens need to be a priority too,” said Rashida Atthar, an environmentalist in Mumbai.