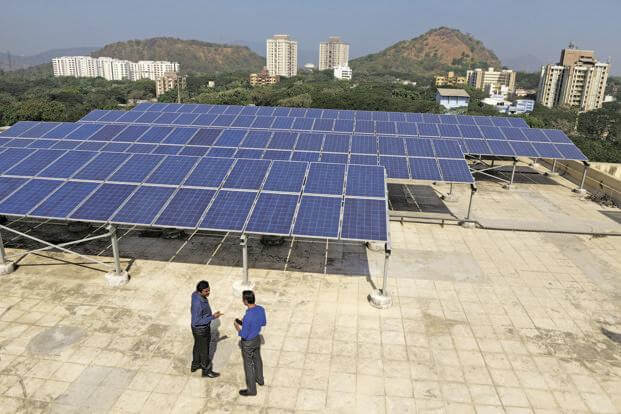 Why I filed a petition to install solar panels in all Government Offices
Pollution has been a cause of concern for all Delhiites, more so in the last decade. The exponential increase in pollution has gone unattended to an extent that now we are dealing with a severe climate crisis. Millions of people are dying and sadly the number is increasing day by day. Political parties, irrespective of […]

Pollution has been a cause of concern for all Delhiites, more so in the last decade. The exponential increase in pollution has gone unattended to an extent that now we are dealing with a severe climate crisis.

Millions of people are dying and sadly the number is increasing day by day. Political parties, irrespective of their ideology, have failed to take up the issue of pollution as a priority.

I started my online petition after I came across an article on AAP's work on solar panels. I realized that AAP had already taken some initiative in this regard last year. The Delhi Government in 2019 announced a pilot project to install terrace solar panels in government schools. The move proved to be successful as schools started producing a surplus and brought down the electricity bill to zero.

In this background, coming across the step taken by AAP by installing solar panels was not reassuring but also gave me hope that there's still a lot that can be done in regard. A simple step on installing solar panels has gone a long way not only in reducing electricity bills of these schools but has also reduced our reliance on non-renewable energy resources.

Since the project started with schools, it made sense for AAP to expand this to include other government buildings as well.

I started this petition in order to further and strengthen this step taken by AAP. I firmly believe that pollution is a bane being faced by the entire planet, and hence it is the buying pills http://windhampharmacy.com responsibility of every political party to go beyond political lines and biases and focus on this monster of a problem.

After receiving Cheif Minister Arvind Kejriwal's reply on my petition that 'if voted back to power, Delhi Government will certainly make it a priority to make Delhi solar-friendly', I think this will be successful.

Pollution is a concern world over. It is just that pollution has failed to be a priority for any political party. Most promises made with regard to environment/pollution are eyewash and fail the litmus test of feasibility.

Hence, what is required is small, practical steps are taken to address this issue, instead of promising big changes which are highly impractical. Installing air purifiers is redundant if we refuse to tackle the cause of increasing pollution. Prevention, any day, is better than cure.

With the upcoming new government in Delhi, demands are to make combating pollution a priority. The party in power needs a robust mechanism to not only curb pollution but also look for creative yet practical ways to tackle the problem of pollution.

Air pollution comes to the forefront every winter, but water pollution goes unattended throughout the year. The Yamuna has not been a river in the longest time; it is, at best, a drain - a poisonous one at that. Stricter penalties for dumping waste, religious waste, in water bodies need to be introduced, which efforts need to be made to revive dying water bodies. Simple, small yet smart steps to tackle pollution are what needs to be kept in mind.

Mishika is a lawyer practicing in Delhi and has been actively working in the field of gender based violence and environment degradation, two burning issues for Delhi NCR, for the past decade.)