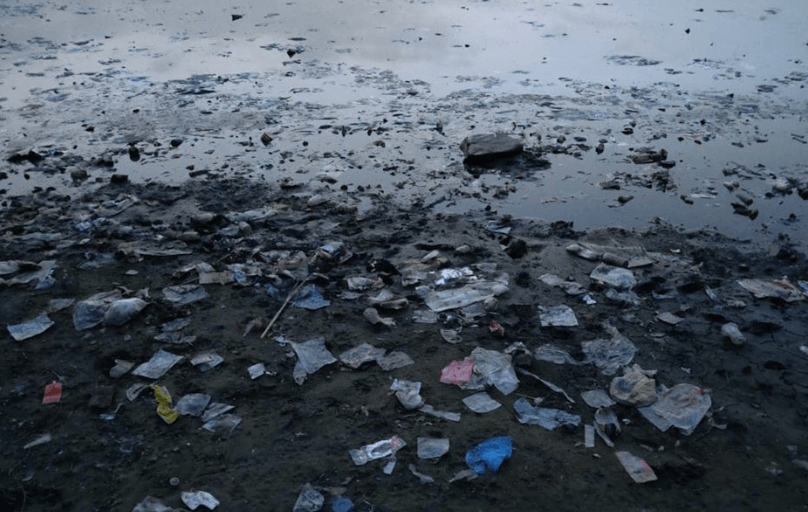 The city of Taj Mahal is one of the most polluted cities in India. Not just air pollution, it is choking with plastic problem too.

The Yamuna has also been dying with severe plastic pollution in Agra. “If you have a look, you’ll only see plastic and waste and nothing else. The Yamuna has turned into a dirty drain,” said Ratan Sharma, a local resident of Agra.

The Yamuna is the 2nd largest tributary of Ganga and the longest tributary in India and nearly 60 million people depend on its water. It is also home to turtles, different species of fish, crocodiles and an abundance of aquatic plants and phytoplankton which are now being affected because of plastic pollution and industrial.

High amounts of chromium, mercury and arsenic, and other heavy metals have been detected in Yamuna water, along with chemical pesticides, fertilizers and untreated sewage.

Marine life affected due to plastic

Local residents residing in Agra have experienced the change in the Yamuna over the years. “Earlier, there used to be many fishes and other aquatic animals in the river. But now, there is not a single fish in site because of all the pollution,” said Vishnu Sharma, Priest at Hathi Ghat in Agra

He added, “Plastic has become a part of our lives. You’ll see every person carrying a polythene bag over here. All the plastic ends up in the river.”

No clean water in Agra

Another local resident also complained about the lack of clean water because of the unclean Yamuna water. Water crisis affects half of Agra and plastic pollution is one of the reasons for this water crisis.

“When plastic settles on the ground, there is no water recharging and hence the underground water depletion takes place. This is what is happening in Agra,” said Mahesh Chand, a local resident.

Clogged and untapped drains are another major problem

The local administration of Agra claimed in 2019 that more than 40 drains have been tapped. Municipal environment official Rajiv Rathi says waste liquid was now being treated at half a dozen STPPs in Agra, before being discharged into the river.

“But the ground reality is vastly different,” countered activist Satyam Sharma of the River Connect Campaign. The Bhairon nala, adjacent to Etmauddaula Park, and the Mantola Nala, close to the Taj Mahal, flowing along the Fort, are good examples that expose the big lie,” adds eco-activist Chaturbhuj Tiwari.
Even after hundreds of petitions, protests and action plans, Yamuna continues to drown in plastic pollution which seems never-ending.