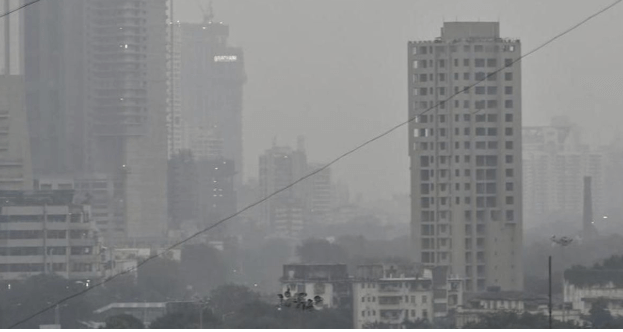 Mumbai needs to take air pollution more seriously than it does

The financial capital of India is now competing with the national capital which records the worst AQI throughout the year. Mumbai’s air quality is deteriorating rapidly as unhealthy to very poor AQI is being recorded at several locations within the city. In 2019, Mumbai recorded 6% of total days with very poor AQI as compared […]

The financial capital of India is now competing with the national capital which records the worst AQI throughout the year. Mumbai’s air quality is deteriorating rapidly as unhealthy to very poor AQI is being recorded at several locations within the city.

In 2019, Mumbai recorded 6% of total days with very poor AQI as compared to 1%-5% in 2017-18 as per report by SAFAR (system of air quality and weather forecasting) According to data collected by SAFAR, up to December 25, Mumbai recorded AQI index between 300-400 which is considered as very poor and unhealthy.

Now In 2020, it is observed that the AQI index in Mumbai at several locations is following the constant deterioration process. The Bandra Kurla Complex (BKC) recorded its worst air quality this season as the AQI increased to 348 (very poor).

Doctors said PM 2.5 was the primary pollutant in the city and was a risk for patients with lung ailments, children and senior citizens. “Mumbai has high PM 2.5 levels. Aside from respiratory illnesses like asthma and lung cancer, these pollutants in the air also predispose us to heart attacks, skin infections, cognitive impairment, and can also lead to Alzheimer’s,” said Amita Nene, Head of Dept. of Respiratory Medicine, Bombay Hospital.

The major contributors to air pollution in Mumbai:

2. Followed by the power plants which contribute 20% of the total PM levels.

3. As per the reports from an air quality assessment conducted by CPCB and NEERI, the emissions from heavy-duty vehicles running on diesel were also found to be majorly contributing to the pollution.

4.Dusty Mumbai: If you traverse through every section of Mumbai, you will come across construction ongoing.

5. Under repair and dug out roads.

The above mentioned are the major factors that mainly contribute to PM levels (particulate matter) sourced through road dust. The dust emitted in large amounts from these sites clogs up the sky and many times the sky appears very hazy and the AQI index of that particular time and location was the worst amongst all.

Vehicles increasing and so is the pollution

The increasing number of private vehicles over public transport would replace the industrial fumes by transport emissions as the prime source of air pollution in the city by 2030 as per the pollution monitor It was observed that the areas which recorded the poorest AQI index in Mumbai also had the highest number of private vehicles registered or massive vehicular traffic i.e BKC, Malad, etc.

As per the Maharashtra economic survey, in 2019 Mumbai saw a 9.9% increase in the number of private vehicles registered, around 3.575 million vehicles are in Mumbai and surrounding townships.

A pair of white artificial lungs named ‘Billboard that breathes’ were installed outside R D National college Bandra west Mumbai, to create awareness regarding increasing pollution levels in city and health hazards associated with it.

This chalk white HEPA filter lungs have turned black within 2 weeks of installation. While these artificial lungs have reacted to the pollution levels so early, the natural lungs within our bodies need our attention ASAP.

The major relievers from pollution i.e the forests and other ecosystems face a major threat in Mumbai. Deforestation emits a lot of CO2 into the atmosphere and there are many proposals of deforestation table for Mumbai.

Huge loss of green and open spaces for Mumbai which is already reeling under pollution. The metro3 project which claimed over 2100 trees in Aarey forest and over 5000 trees across the city.

While the state and municipal administration of Mumbai is working on to boost mass public transport, they should also make it sustainable.

The 22 million people in Mumbai have just 3 million trees for them as per the BMC released tree count report. The administration needs to adopt conservative policies in order to relieve Mumbai from this pollution stress.

(Tanmay Shinde Age-23 is a student of St. Xavier’s college Mumbai. He is passionate about the environment and wildlife. He is also a part of the #SaveAareyforest movement and supports a more few initiatives for the environment. His Twitter: tanmay_shinde99)