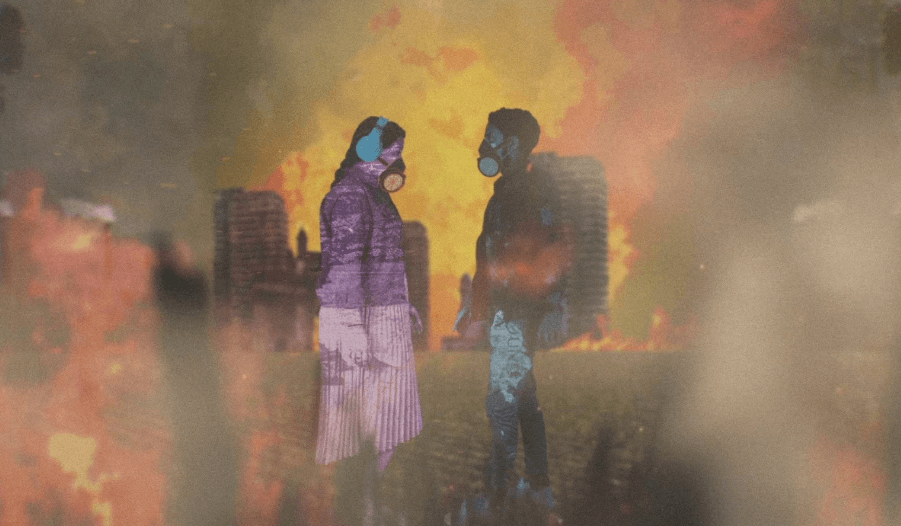 Air pollution has worsened in Mumbai, with the city reporting ‘poor’ air quality constantly for the past few weeks.

According to the System of Air Quality Weather Forecasting and Research or SAFAR, air quality index (AQI) - the pollutant measuring indicator was above 300 in Navi Mumbai from 21st January to 27th January 2020.

Voicing their concerns at an exhibition – Breathless: An Artistic Call To India’s Air Pollution Crisis – at the Bombay Art Society, organized by citizens’ group, Clean Air Collective, concerned citizens discussed their worries over the deterioration of air quality in their city.

Anita Dhole, one of the residents while speaking at the panel discussion at the exhibition said, “We are asking for our right to live and breathe clean air. Almost every family has at least one member suffering from an ailment and incurs a monthly cost of ₹7,000 on treatments, especially pertaining to skin problems. We continue to live in hell.

“Wherever we go, whether its Patna, Punjab or south, you will see cases of asthma very much everywhere. Children are suffering too,” said Nidhi Jamwal, environment editor of Gaon Connection, who was present at the exhibition.

Popular singer Ankur Tewari also shared his new song about ‘living in an India full of smoke’. He said, “one thing is communicating about air pollution through art because art is sneaky and it gets into your homes and your system without you suspecting it. And then you are forced to think about it.”

‘Government must be answerable for every single thing’: Faye

Dr.Sanjeev Mehta, Pulmonologist at Lilavati hospital in Bandra said, “India had the second-highest number of COPD deaths which is lung damage because of pollution and smoking. We are now number one. “

Journalist Faye D’Souza said, “We have to start taking this more personally. The air is our air, it’s our trees they are cutting and our water they are dredging on the coastal thing. The Government must be answerable on every single thing.

Last week, artificial lungs put out in Bandra Kurla Complex in Mumbai to make people aware of the rising air pollution levels in the city started turning black within just a week of installation, also depicting the poor air quality.