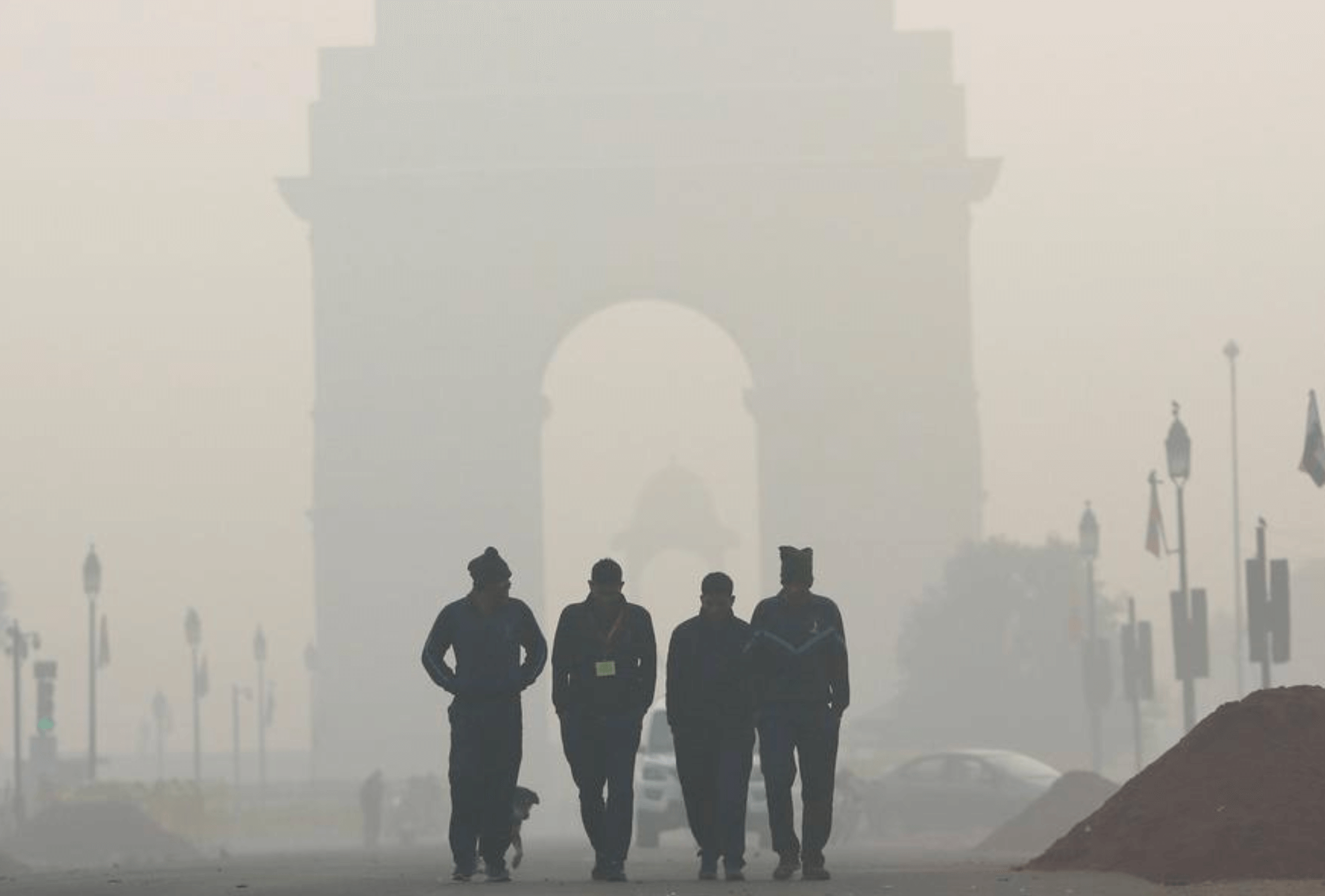 Why is Delhi Choking?
As the world gets hotter and more crowded, our engines continue to pump out dirty emissions, and half the world has no access to clean fuels or technologies (e.g stove, lamp), the very air we breathe is growing dangerously polluted. As per the official data, nine out of ten people now breathe polluted air, which […]

As the world gets hotter and more crowded, our engines continue to pump out dirty emissions, and half the world has no access to clean fuels or technologies (e.g stove, lamp), the very air we breathe is growing dangerously polluted. As per the official data, nine out of ten people now breathe polluted air, which kills 7 million people every year.

Air pollution is hard to escape, no matter where you live. Most air pollution comes from energy use and production. Burning fossil fuels releases gases and chemicals into the air.

And in an especially destructive feedback loop, air pollution not only contributes to climate change but is also exacerbated by it. Air pollution in the form of carbon dioxide and methane raises the earth’s temperatures.

Smog and hazardous air pollutants are formed as a result of pollution with serious damage health of people as it contains some toxic air pollutants such as benzene, which is found in gasoline, perchloroethylene, which is emitted from some dry cleaning facilities and methylene chloride, which is used as a solvent and paint stripper by a number of industries.

These can lead to cancer or other serious health effects, such as reproductive effects or birth defects.

After the Diwali 2019, the air quality of Delhi and NCR region dropped to Hazardous level in several localities. Over the years, the pollution level in the city of Delhi has gone bad to worse.

In fact, as per a study carried out by the World Health Organization (WHO) among 1600 cities, Delhi is the worst of any major cities in the world in terms of air pollution, says Time of India.

Why Delhi is choking

There are several factors involved in Delhi’s worst air pollution in history and that promoted Delhi into the top position of number one air polluted city in the world.

National capital shares its border with the states of Haryana and Uttar Pradesh. One of the main reasons for increasing air pollution levels in Delhi is crop burning by the farmers in these states.

Farmers burn rice stubbles in Punjab, Haryana and Uttar Pradesh. It is estimated that approximately 35 million tons of crop are set afire by these states. The wind carries all the pollutants and dust particles, which have got locked in the air.

As the winter season sets in, dust particles and pollutants in the air become unable to move. Due to stagnant winds, these pollutants get locked in the air and affect weather conditions, resulting in smog.

Another reason for air-pollution is over-population in the capital. Over-population only adds up to the various types of pollution, whether it is air pollution or noise pollution.

Despite the ban on cracker sales, firecrackers were a common sight this Diwali. It may not be the top reason for this smog, but it definitely contributed to its build-up.

Serious action from authorities is the need of the hour

As the situation is not considerably improving, we need a serious action from authorities and as stated above reasons for air pollution, a combined effort from all political parties and the public to tackling air
pollution disaster.

Policymakers should give priority to action on air pollution in connection with how it could be dangerous to health. Invest in feasible public transport infrastructure projects, in addition to metro services and I believe such
the strategy will encourage the public to reduce cars.

I have been hearing from many large cities in the world, they are trying to promote more eco-friendly business strategies and that helps to convert cities into the green. Delhi may adopt such strategies and policies and develop a good environmental culture among the public and only possible through awareness programs and education.

At last, it is our responsibility to protect our environment and our every activity is very important for the sake of a healthy planet. Act now or suffer later!