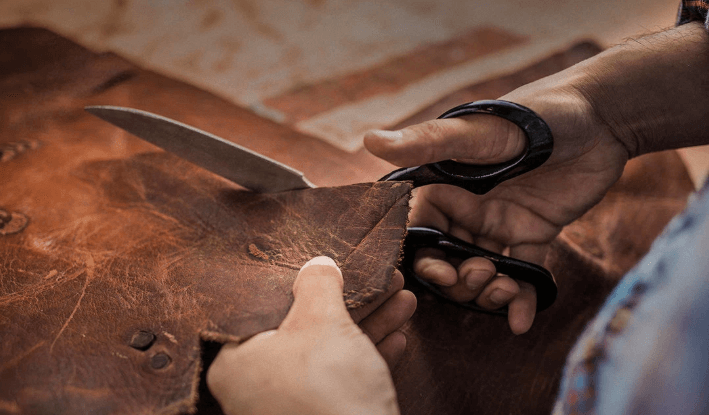 The Environmental Impact of Leather Factories in Chennai
As of now 2019, there are more than 2000 leather processing/tanning factories that run with or without proper waste management solutions

I live in Pallavaram which is about 4 km from the Chennai airport. I decided to make this because I was one of the many local residents who got affected severely by the overwhelming joyous act of one of the tanneries near to my area. Pallavaram is really close to Nagalkeni which is the hub of leather tanneries and Nagalkeni comes under Chromepet where once existed a leather tanning factory which used chrome tanning process.

Tanning is the process of treating skins and hides of animals to produce leather. A tannery is a place where the skins are processed. Tanning hide into leather involves a process that permanently alters the protein structure of the skin, making it more durable and less susceptible to decomposition, and also possibly colouring it.

Before tanning, the skins are unhaired, degreased, desalted and soaked in water over a period of 6 hours to 2 days. Historically, this process was considered a noxious or odoriferous trade and relegated to the outskirts of town. In this case outskirts to the Brits’ was Chromepet.

As also this place had excellent water resources because of numerous lakes that existed on that time, they fortified this area with leather industry which gave rise to other tanners to get leather and set up new factories here.

As of now 2019, there are more than 2000 leather processing/tanning factories that run with or without proper waste management solutions. All these leather products are imported to countries all around!

To those who run the factories, all the liquid chemical wastes are just dumped into the sewage lines which lead to one of the lakes or empty rivers then to the sea. If liquids are drained, what about the solid leather grease(animal fat) and hairs from the leather? Well, they've taken care of at Ambur near Vellore.

The superior companies that make enough money to dispose of the leather waste correctly implement cost-cutting here and take the next step to dump off the waste unto open lands during the nights because of generation of huge amount of liquid and solid wastes, which also emits obnoxious smell because of degradation of proteinous material of skin and generation of gases such as NH3, H2S and CO2.(ammonia, hydrogen sulphide, carbon dioxide)

Solid wastes are raw trimmings, fleshings, chrome shavings, buffing dust and keratin wastes which eventually degrade or rot making it hard impossible for municipal workers to clean them. This rotting skin can be smelled from over 100 metres causing irritation to eyes and throat.

I have experienced this when I cross as I have worked as a delivery guy for a courier company and I used to go through all these places. Respiratory issues are irreversible when these chemicals are breathed into.

There is also a need to mention the condition of the workers in the factories. None of them have any special protective gear, not even a face mask for that matters.

Pollution on one hand, depletion of resources on the other. Not only these factories contribute to immense pollution, but they deplete/successfully depleted the water sources in that area long before we started talking about this.

There is no groundwater and now lakes have buildings on them, trees cannot survive there due to extreme pollutants already polluting the earth.

Now, it is up to us to figure out how we can handle this situation that we dragged ourselves into. Leather has alternatives. And these industries thrive on the money that we give them.

We can stop this by choosing a vegan lifestyle and not providing the leather in the first place. To save the remaining ecosystem in this area all the factories must be regulated for treating their wastes properly even which cannot reverse the damage that’s been done on that place.