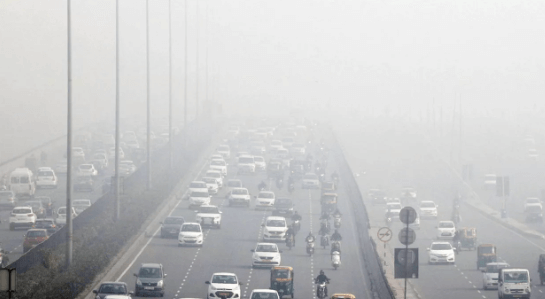 Dear Mr. Khattar I am a resident of the most polluted city in the world, The Millennium City, Gurugram. I was hopeful that after getting this dubious tag our elected representatives and administration would show some urgency in solving the air pollution issue on a war footing. Unfortunately in the past year and a half, I […]

I am a resident of the most polluted city in the world, The Millennium City, Gurugram. I was hopeful that after getting this dubious tag our elected representatives and administration would show some urgency in solving the air pollution issue on a war footing. Unfortunately in the past year and a half, I have seen no concrete steps being taken and therefore I am forced to write to you.

Gurugram has not witnessed a single day of healthy air quality in the past few days. Isn’t it a pity that a city that generates the maximum revenue for the state of Haryana gets so little in return? Can the citizens of Gurugram hope that you will fix the air pollution we are facing?

There are many things that can be implemented that can make a short term and long term impact on air quality.

First and foremost preserve all the greens and jungles in the vicinity of Gurugram.

Make it illegal to cut any tree without written permission. There is no logic in tree transplantation when the rate of survival of transplantation is a dismal 10% and it’s foolish to imagine a sapling can rival decades-old trees in terms of carbon dioxide absorbing sump, so compensatory aforestation doesn’t work either.

Trees and green cover are the most important tool we have against air pollution, and we must make serious attempts to increase our forest cover to reach the national average of 20.7%; it is a pitiable 3.62% at the present. The work for the forest and environment ministry seems very clearly cut out. Please make them work on it.

Road dust makes up 38 percent of the particulate matter10 (PM10).

Please procure 40-50 trucks to vacuum clean the roads of Gurugram, night and day including the roads inside all the sectors. Ensure that the curbs of all the roads are paved properly with shrubs on the side so that there is no cloud of dust rising each time a vehicle passes by. Enforce complete enclosure of all buildings under construction, for air and noise pollution control.

Fine people who dump sand and construction materials on the roadside. These are steps you can put into action within weeks, all it needs is political will.

Waste management is a mess in Gurugram despite all the claims being made by MC Gurugram and Ecogreen.

Segregated waste is being mixed by the collection team and carted off to Bhandwari,1000- 1200 tonnes of waste deposited every day by Ecogreen. Why are we paying them for carting mixed waste? Their job is to collect segregated waste, compost the wet waste, recycle the dry waste and only bring the sanitary waste to the landfill. Proper waste management is
essential if you wish to control the air pollution on a long term basis.

The underground water of 5 villages around Bhandwari landfill including Mangar, Dera Mandi, Bhandwari, Baliawas, and Gwal Pahari has become unfit for human or animal consumption according to the Central Pollution Board groundwater report. This must be treated as an emergency. Indore has shown the way to the entire country, hope the Gurugram administration can ACT NOW!

Install E-waste collection points in every sector and market.

E-waste is anything that runs on electricity or needs a battery. Phones, lights, fans, toasters, heaters, bulbs, batteries, wires. E-waste contains heavy metals like Cadmium, lead, mercury, lithium and needs to be disposed off very judiciously.

Japan has extracted material for all the medals for the upcoming 2020 Olympics from E-waste. They are showing us the way. It would be foolhardy to continue to dispose off E-waste the way we do at present – mixed with general waste and at risk to be burnt releasing toxic fumes in the air or dumped in landfills where the leachate poisons our soil, groundwater and enters the food chain through water and vegetables. These chemicals cause cancer.

There are hundreds of open waste heaps across Gurugram. These are not only unhygienic and a community health hazard, but they are also unsightly, and one finds animals especially cows eating plastic. There was a recent report of 52 kg of plastic removed from a cow’s stomach. Please instruct the MCG to install large community animal-proof dustbins in every colony, with designated segregation of waste into wet, recyclables and sanitary waste and these should be emptied every day.

Cleanliness is not rocket science. One needs to work on the ground. Why is it that despite 5 years of the Swatch Bharat program launch we don’t see ‘swatchata’ in Gurugram?

I urge you to put effort into actionable. Preserve the Aravallis and any green cover that we have, and work on improving the quality of the air we breathe. The next generation will be grateful to you if you put action behind your words, or hold you accountable as the man who had the power to make a difference but refused to take responsibility.

(Dr. Sarika Verma is an ENT Surgeon and Allergy Specialist and an active campaigner of the Aravalli Bacaho initiative)

Written by
Dr.Sarika Verma
Dr. Sarika is an ENT surgeon in Gurgaon and an environmentalist.
Recommended Articles