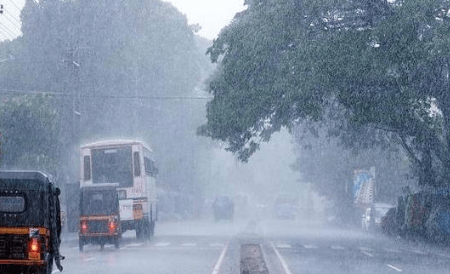 IMD to Change Reference Dates for monsoon from this year
The official date of monsoon to commence withdrawal from the extreme north-western parts of the country, that is from west Rajasthan, is September 1

The India Meteorological Department (IMD) has announced that it would introduce new dates for the normal onset and withdrawal of the south-west monsoon this April.

Commencement of monsoon from September 1

“The report is almost ready, and we will implement the changes from this monsoon season, starting June. While there would be no change in the normal date of onset over Kerala (June 1), the dates when monsoon would be expected to reach different parts of the country could change. The new dates would be announced meteorological station-wise," said M. Rajeevan, Secretary, Ministry of Earth Sciences.

The official date of monsoon to commence withdrawal from the extreme north-western parts of the country, that is from west Rajasthan, is September 1. The four-month-long season officially ends on September 30.

India had been adhering to June 1 and September 1 as ‘normal’ reference dates for onset and withdrawal of monsoon ever since it was the last set in 1941, 79 years ago.

The changes, based on analysis of historical data on changing rainfall patterns across the country, will help farmers, civic agencies, hydro-power plants and disaster management authorities in carrying out better planning of their works during the season.

The south-west monsoon which provides over 75% of the annual rainfall over India has been consistently arriving late and taking longer time to withdraw from different parts of India. As a result, rains are spilling over to mid-October, delaying the harvesting of Kharif crops like rice.

The MoES secretary, however, did not specify whether climate change was behind the IMD’s move to change the ‘normal’ dates. He said the weather agency had noticed the changes in rainfall patterns over the year but did not revise the dates.

“It may not be climate change. It must be some systemic changes. I insisted that it should be brought out. We should not continue with the climatology of 1940s to inform people about the monsoon rainfall,” said Rajeevan.