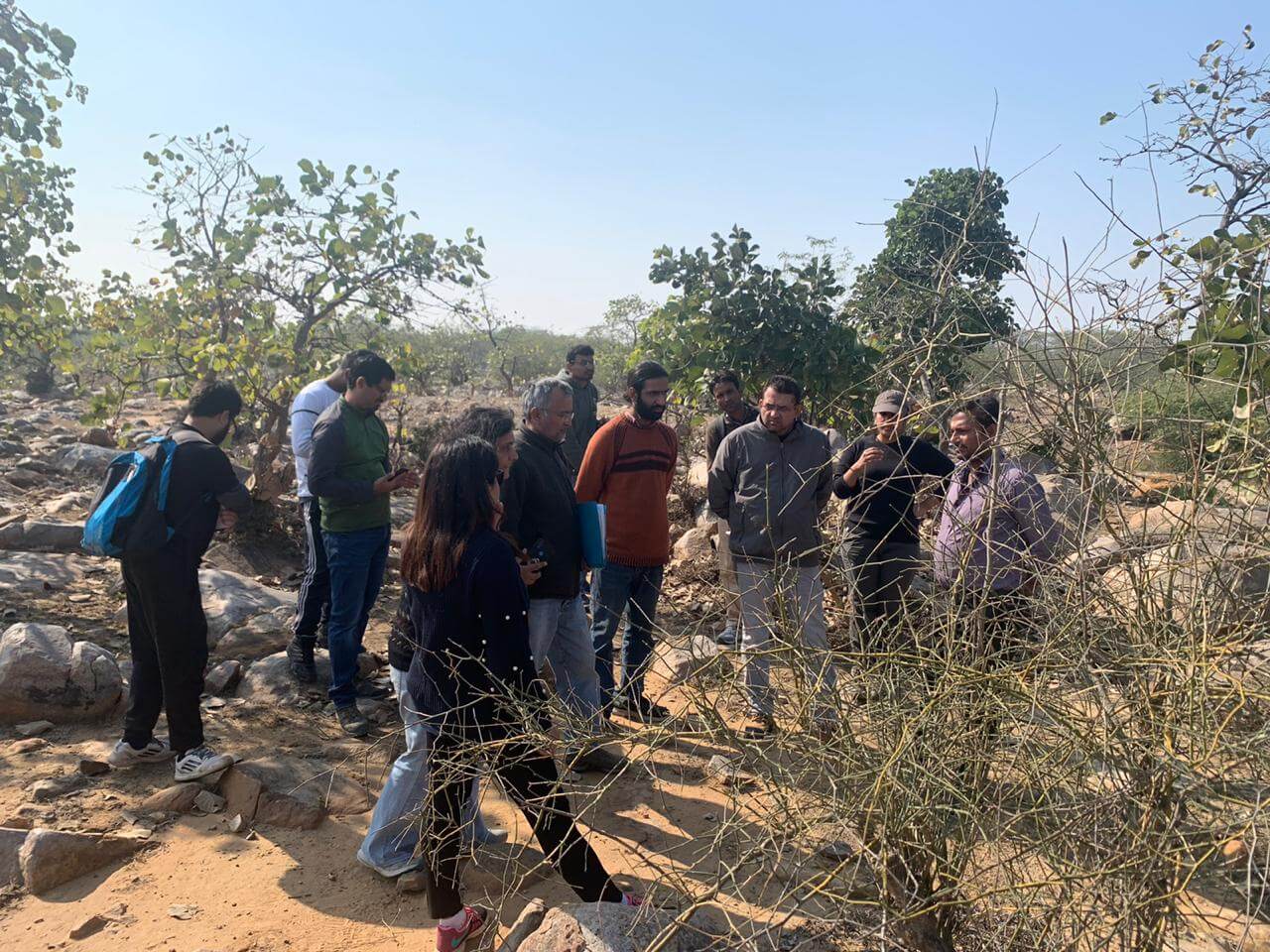 ‘Destruction of the Aravallis well-planned’: Citizens Tour To See Illegal Construction on Forest Land
The Citizens took a tour to understand the implications of amendment in the Punjab Land Preservation Act, 1900.

A group of citizens, including photographers, students, MNC employees which were led by environmentalists, took a tour of a few villages along Gurugram-Faridabad Road on 12th January 2020 to see the extent of illegal construction on forest land.

This comes amid reports that Haryana Governor Satyadev Narayan Arya has given his consent to the amendment in the Punjab Land Preservation Act (PLPA), 1900, despite reservations expressed by the Supreme Court.

They took a tour to understand the implications of amendment in the Punjab Land Preservation Act, 1900.

“The destruction of the Aravallis is not something happening by accident. It is well planned, systematic and it seems that there is collusion across all levels of the government with the real estate lobby. It was shocking to see tracts of forests in Mangar - an area under the scrutiny of the SC, DFO, media and other authorities - be encroached upon and deforested,” said Gaurav Sarup, a sustainability professional working in Gurugram.

Sarup added that the equally shocking was the KMs of kaccha roads built into the heart of the hillsides - leading to gaushalas, cricket coaching centers and Satsang grounds - all constructed in violation of the PLPA. And as if the encroachment wasn't enough, there is the dumping of waste and the laying of pipelines to discharge untreated sewage by these illegal establishments.

“Someone should tell these folks that Gods reside as much in the jungles as they do inside Satsang grounds and temples. The authorities need to act now and safeguard the Aravallis and implement the letter of the law!” he said.

The citizens were shocked to find how so many buildings and farmhouses had come up illegally on the land preserved under the PLPA, 1900. Some of the plots with illegal constructions belonged to a former Haryana government Minister; senior and serving and retired bureaucrats.

"It's a big mafia and lot of rich corrupt people are involved, so it's extremely difficult to evacuate the existing encroachments. We absolutely need to stop this PLPA amendment. This tour was an eye-opener to show on ground reality and the execution mechanism." said Puja Ahmed, senior marketing manager, American Express.

She added that awareness is the key. Common man is too busy in his life. Most of the times he is not even aware of the environmental issues going on and this will be a massive problem for people in Gurgaon NCR.

Environment analyst Chetan Agarwal, who led the group, said that around 75,000 acres of forest land in Haryana was protected under the PLPA, including 60,000-odd acre in Aravalis. “Though the Haryana government stated that if the PLPA was not amended, it would necessitate large-scale demolition of houses and buildings, it is not true. For instance, Akhneer with around 15 illegal structures has only 10% of the PLPA land under illegal construction. It is even less in most of the other areas. It can be easily demolished. The amendment will actually throw open the majority of the Aravalis to real estate development causing havoc with the ecology and the environment,” cautioned Mr. Agarwal.

Roma Jaswal Vinayak, an entrepreneur thinks that greed and cruelty synonymous with Aravalli Encroachers. "The ruthless man choking the voiceless planet. How a bureaucrat makes a printing error to let Bharti Airtel chop off 7000 trees in One Night is disdainfully spine-chilling and shocking," she said.