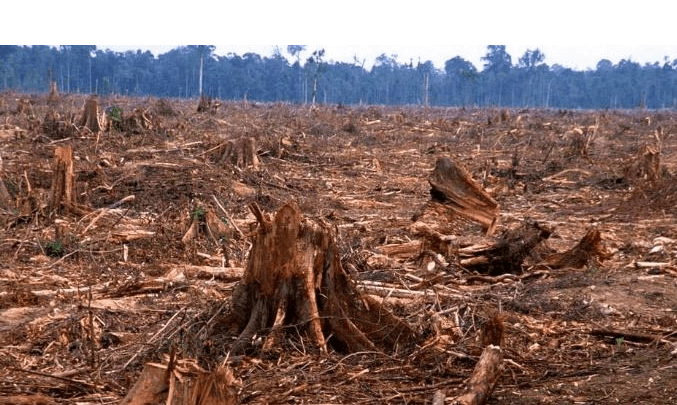 Forest cover spread over 1000 hectares is to be destroyed for mining activities at the Talabira region. The Union Ministry of Environment, Forest and Climate Change (MoEF&CC), state government and the local administration in the Sambalpur district of Odisha gave clearance to divert 1,038.187 hectares of forest land for an opencast coal mining project. The […]

Forest cover spread over 1000 hectares is to be destroyed for mining activities at the Talabira region.

The Union Ministry of Environment, Forest and Climate Change (MoEF&CC), state government and the local administration in the Sambalpur district of Odisha gave clearance to divert 1,038.187 hectares of forest land for an opencast coal mining project.

The local administration cut thousands of trees and made deserts out of forest land within days.

“The felling of trees started from the second week of this month. Within a week thousands of trees were fell down while the villagers saw it in shock. Not only the forest areas and the trees are under threat but with the mining activities planned there, it is very likely that it will threaten the agriculture land and livelihood of the villagers living nearby,” said Hemant Kumar Rout, a villager from Khinda in the area.

He also said that many of the trees in the forest area which the government has started falling down were grown and taken care of by the villagers living along the periphery of the area where the government has planned to make a dessert out of a forest and start extraction industries there.

“We were surprised to know that they destroyed some long trees which stood for ages on our private land located juxtaposed to the mining site during their spree to cut trees. Due to lack of exact location site from the executing agencies we are facing the loss of our land revenues and resources,” a villager from Talabira said.

According to the letters the state government submitted to Union government for seeking environmental clearance in 2014 to pave way for the open cast mining in Talabira II and Talabira III, it has been said that the government planned to divert a total of 1038.187 hectares of revenue and DLC forest land under the Sambalpur and Jharsuguda Forest Divisions.

NLC and Adani to operate

The project is being given to the Neyveli Lignite Corporation (NLC) India Ltd in Jharsuguda and Sambalpur districts. NLC later signed a mine development and operator contract with the Adani Group in 2018. The state government report to the centre claimed that in selected 1038.187 hectares of diverted land there are 1,30,721 trees. With the starting of destruction of trees all these 1.30 lakh trees have come under radar.

It has been anticipated that more than 40,000 trees have been cut down till now, however government admits cutting only 17,000 trees in the Sambalpur district. The government meanwhile also claims trees will also be transplanted to other areas.

The letter read, “A letter from each of the concerned Gram Sabhas, indicating that all formalities / processes under the FRA have been carried out, and that they have given their consent to the proposed diversion and the compensatory and ameliorative measures if any, having understood the purposes and details of proposed diversion,”

The state government claimed that to compensate the loss of green cover compensatory afforestration drive in alternate land will be taken up. It said, “Under the Forest Conservation Act, 1980, degraded forest land twice in extent i.e. 1692.0 ha has been identified in Bikramkhol PRF (1558.0 ha) and Amkhaman-Sagarpali RF (134.0 ha) under Lakhanpur Tahasil in Jharsuguda district in lieu of 845.561ha. of forest land proposed for diversion for this coal mining project in Jharsuguda district,”

In a media statement, noted environment crusader Prafulla Samanta said, “It is especially tragic since this verdant forest nurtured by marginalized forest communities is one of the last forests left in Sambalpur- Jharsuguda industrial belt, an area where climate change fueled temperatures tend to reach 48 degree Celsius in summer.”

Tribal rights and livelihood expert Y Giri Rao while commenting on the issue said, “It is going to be disastrous impact on ecology, livelihood of locals and also for wildlife. Odisha is a power surplus state. Why state government is so hurry? Proposal submitted before FAC mentions that more than 1.35 lakh trees would be felled. Out of total trees 69 percentage sak trees diameter is more than 60 cm,”

He also added, “It indicates health of forest. Further the report mentions that soil and regeneration health of forest area is good. The villagers have been protecting it since 80s. The village also got certificate from forest department for their contribution for conservation of forests,”

Now it is very likely that the green lungs of Sambalpur and Jharsuguda district will soon be converted into the pollution emanating epicenters in the area. The dust laden trucks moving into the area, increased air pollution levels, dilapidated roads in the area akin to what we seen in mining hit areas of Odisha like Joda in Keonjhar, Angul, Talcher will soon be a reality for Talabira II and Talabira III.

Notwithstanding the suffering of the local people due to mining activities, government data suggest that mining had been an attractive source of income for the state government. As per the Economic Survey of Odisha for 2018-19 the mining activities alone contributed to 10.8 of the Gross State Domestic Product (GSDP). The report also claims that there has been a surge in income from the mining sector hinting at the increased contributions of the same to the GSDP in Odisha.

The issue has failed to garner much response in the local media although it has started creating ripples in the national media and also making rounds onto the alternative media like the social media where environmentalists and forest rights supports are castigating the government for their decision to apparently murder the green cover of the area to pave way for mining.

Not only is the green cover under threat in the mining proposed site area. The dependency of the mining activities and power plants in the area will also add up to the burden on the nearby water bodies and also there are likely chances of pollution of the water bodies nearby if norms are flouted post-production.

(The article was originally published in The Blink)