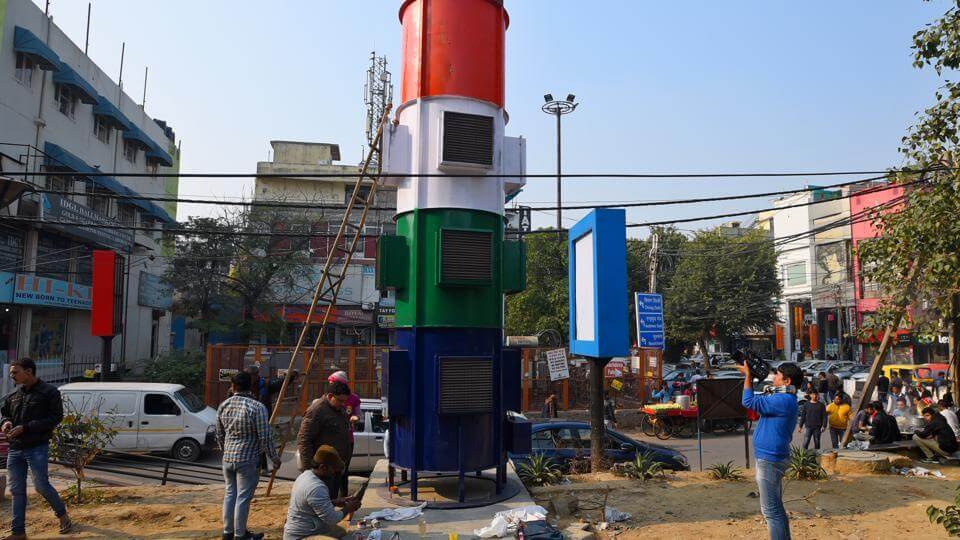 Delhi Gets its First Smog Tower to Combat Air Pollution

To combat the high levels of air pollution, the national capital has installed its first-ever Smog Tower in Lajpat Nagar. The 20-feet giant air-purifier was inaugurated by BJP MP and former cricketer Gautam Gambhir.

Smog Tower built at a cost of 7 lakh

The smog tower, which is installed at a height of 24 feet from the road level, has been built at the cost of Rs 7 lakh, reported Hindustan Times. The report added that the cost of running the smog tower will be around Rs 30,000.

The air purifier, built in cylindrical design, will purify the air within the vicinity of almost 500 meters to 750 meters. The smog tower is expected to purify around 2,50,000 to 6,00000 cubic meter air per day.

In November, the Supreme Court had asked the Centre and the Delhi government to come up with a plan to install smog towers in the capital to deal with air pollution.

The national capital has been struggling with alarmingly toxic air quality every winter over the past few years, so, a smog tower comes as a big relief to the residents.

How does a smog tower work?

Smog towers are fitted with multiple layers of air filters, which clean the air of pollutants as it passes through them.

According to the experts involved in the project, the prime motto of the air purifier is to create a clean air zone around the region, with an estimated 80 percent reduction in particulate matter.

After the cleaning, the tower releases clean air.

The Delhi government is also planning to install a smog tower at Central Park in Connaught Place.

“These are post-apocalyptic times. Tell me one person from October till now who did not have any breathing issues? We will soon start bearing the brunt of these high pollution levels. We need more of these structures called smog towers.” said Pavneet Singh Puri, co-founder of Kurin Systems.

Apart from India, China has two existing smog towers — in its capital Beijing and in the northern city of Xi’an.