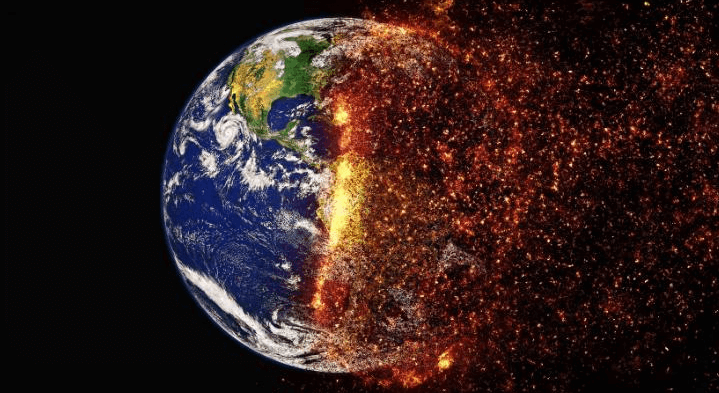 Climate Change is ‘Almost’ Here!
Climate crisis will be the end of the planet if we don’t act now and don’t act together

“I believe humankind has looked at climate change in that same way: as if it were a fiction,  happening to someone else’s planet as if pretending that climate change wasn’t real would somehow make it go away. But I think we know better than that”: Leonardo DiCaprio

Every time we are asked to talk about climate change, we always try and describe it in terms of ‘White Walkers’ from Game of Thrones or ‘Voldemort’ from Harry Potter.

These plots help us identify the three main truths of the climate emergency we are facing now:

1. There is still a significant portion of the population that does not believe in the existence of a climate crisis.

2. Climate crisis is already here – forest fires in Australia, floods in Italy, droughts in India and many more instances of a breakdown are not making it to the news.

3. Climate crisis will be the end of the planet if we don’t act now and don’t act together.

A unified front against climate change is the need of the hour. We not only require our industries to acknowledge these three truths, but we also need our consumers too to make well informed and conscious decisions.

It has now come down to us, as individuals, to educate ourselves about the planet we live in, its needs and its requirements, the extent to which we have an impact on the planet and how we can control the same.

We, at Pukaar, believe that ‘knowledge is empowerment’. That is why we bring to you a platform that seeks to build awareness about environmental issues and concerns and empower us against the biggest challenge that lies before us - climate breakdown.

We are a spirited bunch of students from various universities across the world who believe that they can change the world. We love our planet and we are prepared to fight for it.

It is easy to identify us - we say no to plastic straws and we carry a cloth bag with us at all times.

We intend to keep our followers updated with all that happening around the globe, the critical areas that require attention and the initiatives that require participation and appreciation. We will also keep notifying our followers with what they can do to further the cause and make their contribution to the fight against climate emergency.