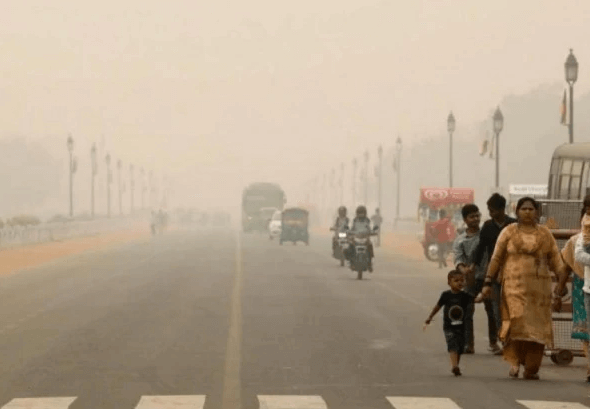 “Doctors for Clean Air”: Doctors Lead the Fight Against Air Pollution
Over 99.3% of India’s population breathes polluted air that is above the standards set by WHO.

It’s a known fact that Air Pollution is a Public Health Emergency. The simple act of breathing is causing many chronic health issues and leading to over 7 million premature deaths across the world.

Over 99.3% of India’s population breathes polluted air that is above the standards set by WHO. According to Air Quality Life Index (AQLI), an average Indian could gain 4.3 years in life expectancy if the WHO standards are met.

In spite of various efforts by the government, media, and NGOs to raise awareness about the ill-effects of Air Pollution, most of our population is unaware of the damage caused by Air Pollution to their health.

6,27,000 premature deaths in India due to air pollution: Report

Lack of information about the severe health ill effects of air pollution, including the damage occurring to their children is the reason for people’s opposition to any corrective measures to control air pollution. If people are made aware of the seriousness of the issue, they will not only accept the measures but will also contribute actively towards solutions.

According to the State of Global Air Report 2019, PM2.5 pollution contributed to nearly 3 million early deaths in 2017 and more than half of this disease burden fell on people living in China and India.

Also, in India, 6,27,000 premature deaths are attributable to ambient, or outdoor PM 2.5 exposure. When household or indoor pollution is added to this figure it rises to 16 Lakhs.

Since Air Pollution affects the health of the people, Doctors are in the best position to talk about it. Their talking will not only have an immediate connect with the people but will also be far more convincing.

These circumstances are the foundation for the “Doctors for Clean Air”, an initiative of the Lung Care Foundation, supported by Health Care Without Harm, to engage and empower Doctors to become advocates for Clean Air.

“Doctors for Clean Air” (DFCA) is a network of identified, passionate and informed Doctors who are leading the fight against Air Pollution in their respective regions across India.

40 Senior Doctors (representing every state of India) and Leaders of 12 National Medical Associations ( representing over 150,000 Doctors) joined hands to advocate for Clean Air.

What does the campaign aim at?

Through this campaign, doctors want to make the people aware that 2.6 billion Indian lungs are in serious danger due to air pollution.

They also want to Influence union level and state-level policymakers and administrators towards the formulation and implementation of air pollution control policies and laws.

Dr. Arvind Kumar, Founder and Managing Trustee, Lung Care Foundation says, “The gift of clean air is the best gift we can give to our future generation. we owe it to them.”