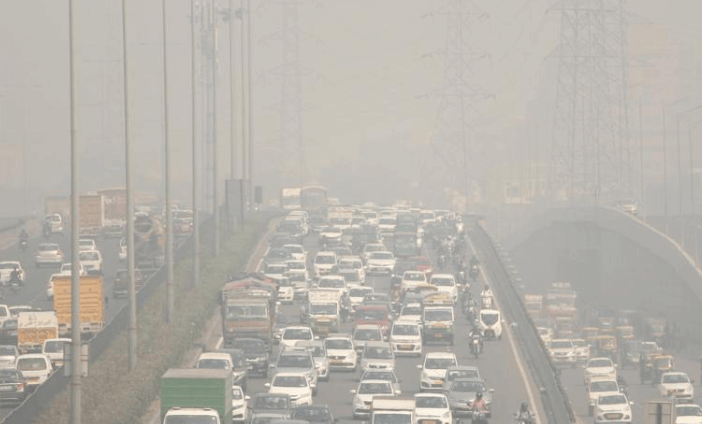 Delhi’s Air Quality is back to ‘Hazardous’

Despite several measures taken to combat air pollution, air quality in Delhi-NCR crossed the ‘hazardous’ category in many places. The overall air quality index (AQI) in Delhi stood at 389 on Wednesday at 12 pm according to air-quality. In the National Capital Region, Ghaziabad performed the worst as its AQI was recorded at 781 at […]

Despite several measures taken to combat air pollution, air quality in Delhi-NCR crossed the ‘hazardous’ category in many places.

The overall air quality index (AQI) in Delhi stood at 389 on Wednesday at 12 pm according to air-quality.

In the National Capital Region, Ghaziabad performed the worst as its AQI was recorded at 781 at Loni Dehat area at 12 pm. The AQI in Greater Noida, Gurgaon and Noida was 387, 229 and 320 respectively. Indira Gandhi International Airport (Terminal 3) and IIT-Delhi also registered an AQI of 365 and 365 again in the ‘very poor’ category.

On Monday, the Supreme Court even lifted the ban on construction activities partially in the Delhi-NCR region following recommendations of the Central Pollution Control Board.

The judicature had imposed a moratorium on all construction and demolition activities in light of the deteriorating air quality from the past couple of weeks in the region.

Sources of pollution located in Delhi itself: Kejriwal

Earlier, the Delhi Government had blamed stubble burning as one of the major contributing factors for the rise in pollution levels in the national capital and its adjoining areas. But, now even though stubble burning has reduced in Punjab and Haryana, Delhi’s air pollution still remains out of control.

Delhi Chief Minister Arvind Kejriwal, in an event, admitted that sources of pollution, being experienced currently are located in the national capital itself. He said, “In the last 4-5 years, there has been a lot of progress but there’s a lot which still needs to be done. Delhi has its own vehicular, industrial and dust pollution. If right now, I ask someone why there is pollution in Delhi, nobody will have an accurate answer.”

‘Prakriti E-Mobility Private Limited’ will introduce 500 electric vehicles in the first phase and hopes to touch the 5,000-mark within the next two years, according to a statement issued by the company.

The app-based electric vehicle cab services will be known as “EVERA”.

“We wanted to provide customers with delightful service and give them an opportunity to contribute to the cause of cleaner air as well. ‘EVERA’ as a service is not only focussed on getting customers from point A to point B but will also contribute towards the greater good of the planet,” Nimish Trivedi, the co-founder and CEO of Prakriti E-Mobility Private Limited, said.