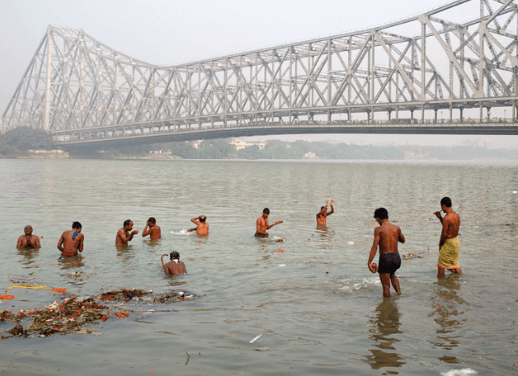 How Are The Water Bodies Doing in Kolkata?
4
Kolkata water bodies are facing the worst possible scenarios at the present time. Lakes and Rivers all over the city are witnessing sharp increases in pollution. Very soon a time will come when “Khaal”(Bengali term for clogged canals) is all that will be left. Due to scorching heat in summer, lakes, and rivers are getting […]

Kolkata water bodies are facing the worst possible scenarios at the present time. Lakes and Rivers all over the city are witnessing sharp increases in pollution. Very soon a time will come when “Khaal”(Bengali term for clogged canals) is all that will be left.

Due to scorching heat in summer, lakes, and rivers are getting dried up. These dry areas are then either transforming into dumping grounds or are paving the way towards construction sites.

Almost every street taps in the city are broken which allows the water to flow unrestrictedly. Few of the taps which are intact are left open after use. Due to these, a tremendous amount of waterfalls into the drains. West Bengal chief minister Mamata Banerjee even urged civil societies and educational institutions in the state, to create campaigns for the conservation of water after she expressed her concerns on the severe water crisis that Chennai and other parts of the country faced earlier this year.

Nowadays, people here find themselves surprised whenever they spot a clean and clear water body as they are habituated to see at least one-third of such bodies being used as dumps for wastes.

Kolkata witnesses almost every other major religious festivals throughout the year. These festive periods tag along some or other types and causes of pollution. Be it the Durga Puja, Ganesh Puja, Chhath Puja, etc., the water bodies of this city become the most targeted substance. Every other water body becomes so polluted that we don’t find a single bird around these areas. The rivers and lakes become a dump for plastics, flowers, incense sticks, boxes, fruits, and vegetables, etc.

After the devastating incident of the Chhath Puja,2018, which occurred in the Rabindra Sarobar Lake, the National Green Tribunal(NGT) imposed order of banning people from entering and performing such rituals in the Sarobar lake. Kolkata Metropolitan Development Authority along with Kolkata Police was to prevent such actions from happening.

Substitute arrangements were formalized to help the devotees in offering their prayers without damaging the clean 192-acre park.

But everything failed as Rabindra Sarobar experienced a frontal attack — first on the security arrangements in place to secure the 192-acre ecologically sensitive zone, which provides breathing space to south Kolkata, and then on its environment as devotees poured in on the green zone to observe Chhath rituals.

With the growing incidents of pollution, there has been a tremendous increase in various life threatening diseases. Deaths by Dengue have risen at an alarming rate in Kolkata.

According to the report by The Times Of India as on October 24th, as many as 23,000 people have been affected by Dengue. The present count now stands at 44,000. The death count due to Dengue has climbed over 40 since this years’ Durga Puja.

The Calcutta High Court even directed the state government to submit a report on action taken by it to control the vector-borne disease.

A division bench comprising Chief Justice T B N Radhakrishnan and Justice Arijit Banerjee directed the state government and the Kolkata Municipal Corporation (KMC) to submit by November 22 the report on the spread of dengue and action were taken to control it.

How to prevent this massive degradation?

According to me, the first and foremost step is to minimize the usage of plastics to zero. The Government and the Kolkata Municipal Corporation(KMC) should organize educational campaigns to let people know the critical impact of plastic usage.

Strict actions must be taken against people violating the NGT regulations which might include hefty fines. Regular cleaning of the city’s water bodies should be done so that the environment around these areas stays healthy.

If artificial ponds are made for idol immersions and other cultural and religious activities, it will keep the eco-friendly lakes free from pollution. Together, if we can take one leap towards these measures, not only Kolkata but every other city and state would be much cleaner and safer.

(Satyajit recently graduated this year and now planning to do my Masters in Media. Like others, he is too is concerned with the rapidly changing environment and scared by the thoughts of its effects.)