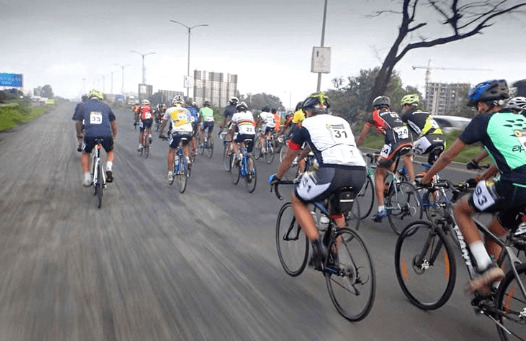 There are citizen-groups working for saving Trams, demanding cycle tracks for solving air pollution crisis but they struggle due to lack of mass support.

When we say “save the planet”, I think we must reframe it to save ourselves as the planet is going to be here with or without us.

One of the most basic and urgent needs of ours is ‘clean air’. A few years ago, our right to getting free water was changed to bottled water and we started paying for it. Now, the days are near when we will start paying for clean air too!

Air Pollution taking a toll on people’s health in Kolkata

I live in Kolkata and this city has one of the poorest air qualities with average AQI 120-200 while the safe limit is 0-50. On some days, it has reached to 300+ and categorized as “very poor”. The air quality was really bad especially during Kali Puja because of the bursting of crackers in huge numbers.

Pollution also took a heavy toll on people’s health in Kolkata as several private hospitals reporting a sharp spurt in the number of patients suffering from lung ailments.

Cycling prohibited in many parts of Kolkata

I prefer cycling around the city for local transport, which not only keeps me healthy but also makes my contribution to air pollution as nil. But, then comes to struggle with city law where in many parts of the city, cycles are not allowed. I wonder in these worst air quality time, how such restrictions help!

According to the authority, they are taking several steps to contain air pollution in Kolkata like sprinkling water at construction sites, stopping the movement of over 15-year-old commercial vehicles in the cities of Kolkata and Howrah, and banning coal-based ovens in roadside food stalls.

Awareness about air pollution among people

I prefer wearing a mask while I go out but I feel authorities must work around educating school children and citizens as I don’t see much of the citizens using masks and taking the situation as seriously as it is. There are citizen-groups working for saving Trams, demanding cycle tracks, and others who are doing commendable jobs for solving this situation but they struggle due to lack of mass support.

I make sure to participate in their events as I feel it’s my moral responsibility to take action rather than complaining about the problem.

Sometimes when I am not able to cycle, I prefer local transport or bike services over personal four-wheel vehicles. There are groups such as Fridays for Future Kolkata, Kolkata Clean Air, and a few more who are working actively for this problem.

I think that we as citizens need to get really serious and come out of the fake comfort zone at our office and home. Our future generations will buy clean air bottles and will blame us for our inaction. Let’s join hands so that there is a future worth breathing!