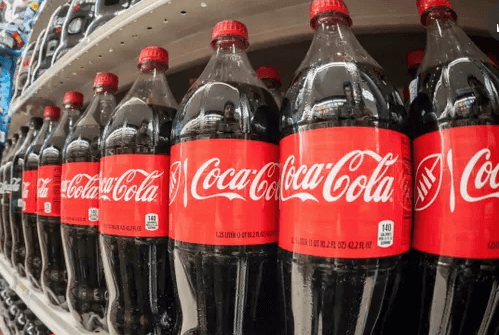 Why I Filed A Petition Against the Use Of Plastic Bottles By Major PET Bottle Companies
Polyethylene Terephthalate (PET) is one of the most widely used plastics today. PET bottles are ubiquitous in our day-to-day lives and one just has to look around to spot a PET bottle near us.  Over the last few decades, PET bottles have become very popular as they are leakproof, easy to transport and cost-effective. Around […]

Polyethylene Terephthalate (PET) is one of the most widely used plastics today. PET bottles are ubiquitous in our day-to-day lives and one just has to look around to spot a PET bottle near us.

Over the last few decades, PET bottles have become very popular as they are leakproof, easy to transport and cost-effective. Around the world, one million plastic drinking bottles are purchased every minute. Most of these PET bottles are designed to be used only once and then thrown away and thus are categorized as Single-Use Plastic. Plastic waste is now so ubiquitous in the natural environment that scientists have even suggested it could serve as a geological indicator of the Anthropocene era.

The most common single-use plastics found in the environment are, in order of magnitude, cigarette butts, plastic drinking bottles, plastic bottle caps, food wrappers, plastic grocery bags, plastic lids, straws and stirrers, other types of plastic bags, and foam takeaway containers. The total plastic waste generated in India per day is around 26,000 tons per day out of which the PET bottles form 10% of the Total Plastic Waste.

Thus, almost 2600 tons of Pet bottle waste, is created every day in our country, which totals up to 9,49,000 tons of plastic waste every year. The magnitude of the problem will be evident from the fact that the number of PET Bottles of Rail Neer manufactured by the IRCTC alone is 11,64,000 per day which will likely be increased to 16,24,000 bottles per day in FY 2019-20 as per IRCTC website.

Single-use plastics: Threat to the Environment

‘Single-Use Plastic’ has emerged as one of the biggest environmental challenges for our planet. The fact that it’s non-biodegradable and is recycled in very small percentages, means that our planet is with the passage of time becoming a big dumping ground for single-use plastic. A single water bottle can take up to 1000 years to break down.

Single-Use Plastic breaks down into smaller fragments known as microplastics and then contaminates our soil and water. The innocuous-looking plastic, which we use and throw without a thought, outlives humans by thousands of years and end up blocking the waterways, littering of the marine ecosystem, soil and water pollution. The microplastics and chemicals released by plastic enter the food chain and find a way into the human body and can severely damage the human nervous system, respiratory system and other organs.

Scientists at Ghent University in Belgium recently calculated people who eat seafood ingest up to 11,000 tiny pieces of plastic every year. The results of a study by Plymouth University reported that plastic was found in a third of UK- caught fish, including cod, haddock, mackerel, and shellfish. Plastic bottle caps represent a serious threat to marine life, While most bottles aren’t eaten by marine animals, the caps are.

Plastic bottle caps and other plastic items from the stomachs of seabirds. Another problem with plastic bottles is that because they have a large surface area and since they float, they are a really good vector for the transport of invasive species from place to place.

In view of these harmful effects of plastic and to curb the use of plastic, the Plastic Waste Management Rules, 2016 have been enacted. Rule 9 of the said Rules reads as under:-

(1) The producers, within a period of six months from the date of publication of these rules, shall work out modalities for waste collection system based on Extended Producers Responsibility and involving State Urban Development Departments, either individually or collectively, through their own distribution channel or through the local body concerned.

(2) Primary responsibility for collection of used multi-layered plastic sachet or pouches or packaging is of Producers, Importers and Brand Owners who introduce the products in the market. They need to establish a system for collecting back the plastic waste generated due to their products. This plan of collection to be submitted to the State Pollution Control Boards while applying for Consent to Establish or Operate or Renewal. The Brand Owners whose consent has been renewed before the notification of these rules shall submit such a plan within one year from the date of notification of these rules and implement with two years thereafter.”

However, due to lack of monitoring and implementation agencies, the PET Bottling Companies, like Coca Cola, Pepsico, Bisleri, Parle Agro and IRCTC continue to produce and sell PET Bottles, without taking responsibility for proper management of thousands of tonnes of plastic waste that’s being created by them every day.

The PET Bottles manufactured by these corporations are used and thrown in the garbage by the consumers and the same end up at landfill sites, leading to a burden on the earth; damaging the environment due to non-biodegradability.

Companies creating over 1,89,800 tonnes of PET bottle waste every year

In spite of dispensing so much plastic to the consumers, these plastic waste producers have not made any arrangements for either taking back the PET bottles or for ensuring that the entire plastic waste generated by them is recycled. Though their claim is that 80% of the plastic bottles produced by them are collected and recycled. The same is also false as is evident from the huge numbers of plastic bottles, which can be seen in the garbage dumps and landfills of our cities and villages.

Even if their claim was true and 80% of bottles were being collected, then 20% of the total plastic bottles will still find their way to the landfills and pollute the environment. So these companies are creating at least 1,89,800 tonnes of PET bottle waste every year as per their own claim.

Further, the claim of these companies that they are recycling the PET bottles being collected by them, is not correct and is misleading. These PET bottles are not being recycled to make PET. The fact is that PET bottles are being downcycled into a plastic fiber, used in clothing, etc. Eventually, after the clothing is used for a while, it too finds its way into landfill.

So, the creation of plastic waste due to PET Bottles is not being prevented by this downcycling, it’s only being delayed by a year or two and finally, they end up in landfills, but at this stage, the PET Bottling  Companies are able to avoid any liability for this plastic waste.

The Plastic Waste Management Rules were enacted in 2016 and as per law the arrangement for collecting the plastic waste should have been made by these companies within a period of six months. However, though three years have passed no effective arrangements have been made to comply with the provisions of Rule 9.

Thus, legally these companies are required to immediately stop selling their drinking water and other beverages in PET bottles, till they make arrangements for the management of the plastic waste created by them.

On 29-10-2019, I had requested the Major Pet Bottle Companies to stop using plastic bottles for packaging of water, and other beverages as these bottles are a major cause of plastic pollution and should switch to glass bottles as were being used earlier.

Parle-Agro responded that it’s end-to-end PET plastic waste program to collect and recycle 100% of PET bottle waste has already been implemented. However, upon further inquiry the company admitted that recycled plastic will be used in textile and other non-allied industry segments.

This clearly establishes that Parle Agro is not recycling the PET but is down-cycling it, which would lead to the plastic ending up in landfills after a few years and does not amount to safe and proper disposal of plastic waste.

Thus, left with no alternative, my co-activist Aman Banka and myself were constrained to approach the Hon’ble National Green Tribunal through a petition U/s 14 of the National Green Tribunal Act seeking issuance of directions to these companies to stop using PET bottles to pack water and other beverages produced by them, till they formulate and implement a scheme as required under Rule 9 of the Plastic Waste Management Rules, 2019 to collect and dispose the plastic waste created by them.

The matter will come up for consideration before the Tribunal next week and I am confident that unless the PET Bottle Companies immediately formulate and implement a scheme for 100% collection and recycle of PET bottle waste produced by them, they will have to stop the production of PET bottles and switch to eco friendly alternatives, like glass, steel or aluminum bottles/cans.

However, it needs to be emphasized that the availability and opting for legal recourse does not mean that the citizens do not have a responsibility towards the environment. Till the time we continue to accept and use PET bottles for the sake of our convenience and it’s economical cost, there will be some company or the other, willing to produce and sell plastic bottles.

Therefore all of us, who claim to be concerned about our planet, it’s environment and our fellow living beings, have to learn to refuse to accept plastic bottles everywhere. People’s voice is the ultimate power in a democracy, so let’s start using it to save our planet. #SayNoToPet.