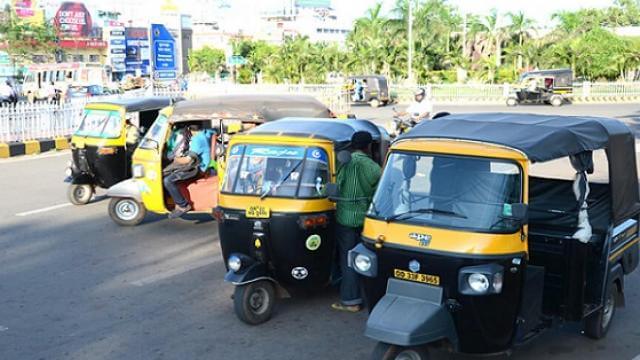 Brakes On The Wheels Of Diesel Autos From January 1 In Gurugram
1
Diesel autos which produce hazardous vehicular fumes and contribute to Gurugram’s air pollution will no longer operate on the roads of Gurugram from January 1.  This maneuver comes after the air quality in the city deteriorated beyond the Index to a severe level just a few weeks back after Diwali. It turned into vicissitudes each […]

Diesel autos which produce hazardous vehicular fumes and contribute to Gurugram’s air pollution will no longer operate on the roads of Gurugram from January 1.

This maneuver comes after the air quality in the city deteriorated beyond the Index to a severe level just a few weeks back after Diwali. It turned into vicissitudes each day when the Central Pollution Control Board declared the GRAP( Graded Responsive Action Plan) in which no construction activities were allowed with the closure of stone crushers, hot mix plants, and industries running on coal.

According to the Regional Transport Authority (RTA) officials, there are 40,000 autos, of which around 20,000 are diesel operated. As per their action plan, no diesel autos including which are over 10 years old will ply on the roads. They launched this special campaign at Rajiv Chowk and few other places where the officials from RTA and pollution control board interacted with auto drivers and told them to switch to CNG or other environment-friendly alternatives.

RTA Secretary and additional deputy commissioner Raza told that they will launch an awareness drive with the auto drivers at various places like petrol pumps, metro stations, and their associations to ensure the trouble-free transition.

Earlier, the National Green Tribunal (NGT) had also prohibited the plying of 15-year-old petrol and 10-year-old diesel vehicles in the Delhi-NCR. Last year, Apex Court ordered the Government to impound 15-year-old Petrol, 10-year-old Diesel Vehicles in NCR. Even, Chief Minister ML Khattar during his visit to the city on July 13 had issued a directive that all autos older than 10 years should be impounded and not allowed to ply on city roads.

Ultimately, a crackdown on diesel autos executes in the city amidst the fluctuations in Air Quality Index from the ‘poor to severe’ category.

There are various routes like Gurugram Railway Station-Bus Stand, Gurugram Bus stand to Sector 57, Sikanderpur, Huda City Metro station, and many others on which diesel autos run with overloaded passengers and noise they make in the city. They also complete numerous rides to and fro in a day causing a double amount of emissions.

What could Government do for a better and sustainable solution

There are thousands of e-rickshaws that run at specific routes which could be increased as the Government already saw e-rickshaws as a potentially viable solution. Smart-Es which are electronic vehicles and made their debut three years back in the city could also be expanded seeing their rapid growth.

These come in an affordable way which costs Rs.10 per person and ride vis-à-vis the cost of diesel autos as commuters argue that CNG autos charge heftier. Adding 50 e-buses on the city’s roads which were approved by the ministry. By making the diesel autos convert to CNG.

In a city where there is a state of great activities and a large number of people to cater, the flow of Public Transport might cripple if the Government doesn’t come with proper alternatives along with executing the ban on diesel vehicles because nobody can support diesel autos which are highly polluting to the environment.