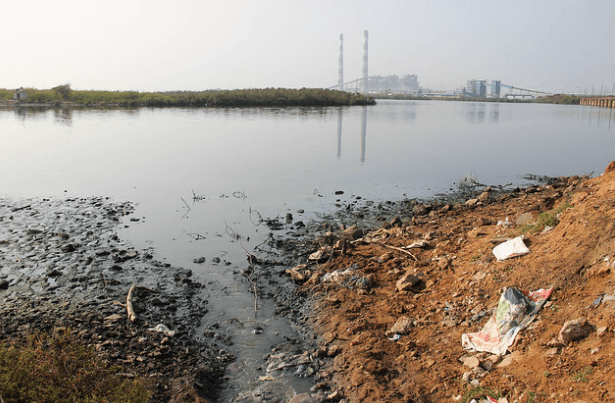 The Growing Environmental Issues Of Chennai
5
From the severe water crisis to the rise in pollution levels, the capital city of Tamil Nadu has witnessed some major environmental calamities since the past few years. Apart from that, the Kosasthalaiyar river which is the major water source for Chennai has been “more polluted than industrial effluents”.  It all started with when Chennai […]

From the severe water crisis to the rise in pollution levels, the capital city of Tamil Nadu has witnessed some major environmental calamities since the past few years.

Apart from that, the Kosasthalaiyar river which is the major water source for Chennai has been “more polluted than industrial effluents”.

It all started with when Chennai saw unprecedented flooding as a result of heavy rainfall in December 2015. The storm brought life to a standstill and almost everyone experienced some kind of loss. An year later, there was also a giant oil spill reported outside Kamarajar Port at Ennore near Chennai in early 2017.

Four years after the 2015 floods, the reservoirs that overflowed during that period, dried out resulting in a severe water crisis in Chennai.

Of Chennai's total requirement of 830 MLD (million liters a day) water, the Chennai Metro Water Supply and Sewage Board (CMWSSB) was able to supply only about 525 MLD during the worst days of the crisis.

Lack of rainfall and low groundwater levels gave a major blow to Chennai’s water needs. Local media also reported that the reservoirs’ water levels are some of the lowest in 70 years.

Around this time, a NITI Aayog report which came out said that India is facing the worst water crisis in its history and twenty-one Indian cities, it has been predicted, will run out of groundwater by 2020, and 40% of the country’s population may not have access to clean drinking water by 2030.

Coming the present issues, Air Pollution tops the list. The air quality in Chennai has been ranging from unhealthy to hazardous since the past few months. Many of the city's residents have been facing symptoms like runny nose and eyes, skin allergies and breathing difficulties.

The modeled source contributions highlight transport (including on-road dust), industries (including the coal-fired power plants), and open waste burning as the key air pollution sources in the urban areas of Chennai.

The Kosasthalaiyar river, which is 136 km long is the major water source for Chennai. But, rapid and unscientific industrialization has made the river more contaminated than effluents let out by industries!

According to the study conducted by the National Green Tribunal (NGT) in 2017, a total of 20 water samples were taken - five from Kosasthalai river, five from backwaters, three from the river near Seppakkam, two of water from the Daikin area, two from borewell, two Metrowater samples and one from a secondary pond.

All samples from Kosasthalaiyar, the backwaters, and the secondary pond contained elevated levels of several toxic metals.

Kosasthalaiyar was reported to be “more polluted than industrial effluents”.

Chennai’s largest dump yard in Kodungaiyur allegedly has 12 million cubic meters of waste, dumped over a period of 30 years! It is a dumping ground for nine out of 15 zones in Chennai.

A drone camera surveillance conducted a year ago, by members of the social and environmental forum Vettiver collective, indicated that the dump yard was 300 feet height, spanning across 345 acres.

“Only 0.004 per cent of the garbage (200 tonnes) that reaches the dump yard is segregated. Some 2500 tonnes of unsegregated waste is dumped at Kodungaiyur by 252 lorries every day,” said D K Venkatesh, one of the surveyors.

Not only does it carries with it severe health issues but also is responsible for soil, air and water contamination. CAG used the Human Rights Impact Assessment (HRIA) concept to assess the toll on health the dump yard has on the people.

It found that 31.7 percent of the residents experienced symptoms that affect the skeletal and muscular system while over 32.8 percent faced common respiratory issues such as persistent cold and cough, sneezing, wheezing and breathing difficulties. Respondents said these symptoms were due to the burning of garbage at Kodungaiyur.

These are a few of the multiple environment problems Chennai is facing. It's high time the authorities take charge and do something about it.