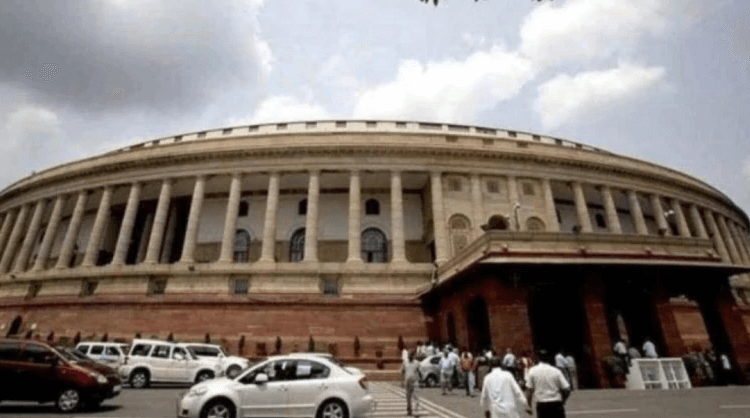 Parliament Winter Session Live Updates: Discussion on Pollution Crisis Continues
Entering the fourth day on Thursday, the Winter Session of Parliament commenced at 11 am. The discussion on the pollution crisis in Delhi and NCR region and other parts of the country is continuing in the Lok Sabha. Congress’ Manish Tewari and BJD’s Pinaki Misra had initiated the debate and a reply is expected from […]

Entering the fourth day on Thursday, the Winter Session of Parliament commenced at 11 am. The discussion on the pollution crisis in Delhi and NCR region and other parts of the country is continuing in the Lok Sabha.

Congress' Manish Tewari and BJD’s Pinaki Misra had initiated the debate and a reply is expected from Environment Minister Prakash Javadekar.

Rajya Sabha is also expected to discuss air pollution across the country with a focus on Delhi-NCR.

Here are the live updates:

Both Houses have now been adjourned for the day.

'How dare you' remark directed at all of us: KJ Alphons

In the Rajya Sabha, KJ Alphons of the BJP spoke on air pollution and said, "Greta Thunberg's remark of 'How dare you!' was directed at all of us." He also cited examples of cities that have succeeded in controlling pollution, such as Indore, Bhopal, Vizag and Pune.

The environment minister proposes a Jan Andolan or large scale movement where individuals take the initiative to plant trees and students are encouraged in schools to plant saplings and take the responsibility to ensure that their plants grow into trees.

He says the Jan Andolan should also include the pollution caused by traffic, both noise and air. He said that individuals have to fight the menace together by taking some basic steps such as using environment-friendly fuel and avoiding honking unnecessarily as part of conscious effort.

AAP member Bhagwant Mann and Apna Dal leader Anupriya Patel said in Lok Sabha that farmers should not be blamed for stubble burning, considered as one of the main reasons for air pollution in the national capital region.

During a discussion on "air pollution and climate change", Mann said farmers should be encouraged to grow crops including pearl millet (bajra) and sunflower as they do not leave stubble after harvest. He said farmers grow crops which leave stubble as they get minimum support price (MSP). If the government announces a reasonable MSP on pearl millet and sunflower, then farmers would be encouraged to cultivate it, Mann, who represents Sangrur in Punjab, said.

Patel said stubble can be used for biogas and cardboard manufacturing and farmers should be encouraged to sell it. The discussion had remained inconclusive on Tuesday.

SP MP Jaya Bachchan points at the small number of members present in the House to discuss such a serious matter. She further says that Delhi is not the only polluted city and names Varanasi and Kanpur among some of the cities facing the menace.

She demands that environmental emergency be declared and those responsible be punished for it.

AAP MP Sushil Kumar Gupta listed out a number of steps that the Delhi government has taken to combat air pollution.

He said, "The Delhi government has implemented the odd-even policy, it has procured machines to spray water on trees, gave subsidies for electric vehicles and it has enacted a law to barricade construction sites."

Taking a jibe at the Environment Minister's report that the situation in the National Capital has shown major improvement, Congress leader Pratap Singh Bajwa said that the global reports on pollution showed otherwise, rather highlighted Delhi to be the most polluted city

"The minister claimed that the good days have gone up, but international bodies report show that Delhi is the most polluted capital. As per SAFAR, pollution is the highest in the city in three years," said Bajwa.

Because of Delhi government's effort, pollution has been curbed: Sanjay Singh

Aam Admi Party's Sanjay Singh says, "The Minister himself said that the air quality has been better. It is because of Delhi government's effort that pollution has been curbed. Our 56,000 machines have been given to the farmers to avoid stubble burning. But, in the SC they have quoted a different number. Where did all these machines go."

"If pollution can stop by abusing Arvind Kejriwal, please do so. Your mentality is polluted now!" said Singh.

BJP MP Vijay Goel said that the air quality index on Thursday was recorded at 370 and claimed that a number of lung cancer patients have gone up by 10 percent, according to Ganga Ram Hospital research.

Congress leader Kumari Selja said that due to air pollution the average life expectancy was shortened. "Six lakh children under 15 die every year due to  Air Pollution," said the Conngress leader.

Delhi government has been inactive in the matter: Vijay Goel

BJP MP Vijay Goel says, "The way Delhi government has been inactive in the matter, I want to bring your attention to that. 50 lakh masks have been distributed but no one is seen wearing it. There is so many pollutants in the water, that we are being forced to drink it from the bottles."

Congress' Kumari Selja says,  "The Minister's statement is showcasing that all is well. But that is not so. Every day, there are reports about the crisis in Delhi-NCR, in fact, the whole of Northern India and the severe quality is increasing. We asked why there are no monitoring stations is Haryana but we didn't receive a convincing answer."

"We hold farmers culpable of stubble burning and they are criminalised. But the farmers are forced to burn the stubble because they don't have access to the technology. In our country most of the farmers are debt-ridden. Where will they go." she said.

Prakash Javadekar further said that the Centre has allocated a total of Rs 280 crore for awareness programs to curb air pollution in Delhi and NCR regions.

"We are now migrating to BS6 which will reduce vehicular pollution by 80 percent," said Javadekar.

We are monitoring pollution level at 793 location in 43 cities: Prakash Javadekar

Prakash Javadekar further says, "A comprehensive air plan for Delhi NCR has been developed identifying the timelines and implementing agencies for actions delineated..."

Minister of Environment, Forest and Climate Prakash Javadekar says that the air quality has improved. "To control air pollution in Delhi...several initiatives have been taken and a high-level task force is made. The major source of air pollution are industry, construction, vehicles, biomass, construction/demolition," he says while failing to specifically mention stubble burning as a source.