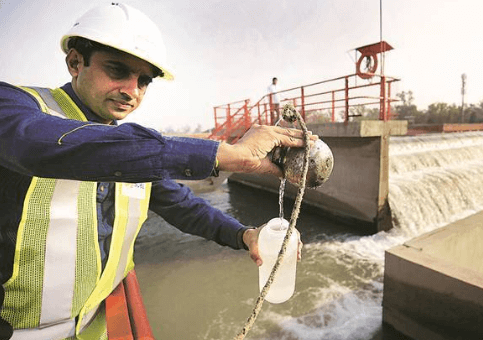 Is Drinking Water Safe In Delhi?
Four reports have been released in less than two months on the quality of water in Delhi

Amid the various conflicting reports released on the quality of water in Delhi, the common man remains confused about the actual quality of tap water.

Though the  Bureau of Indian Standardisation (BIS) report stated that drinking water in the national capital failed quality tests, the other reports released over the past four months have a different story to tell.

Delhi Chief Minister Arvind Kejriwal even accused the central ministers of playing "dirty politics" and scaring people by saying that the city's drinking water is poisonous.

Delhi’s water is the worst among 21 big cities: BIS Report

According to a report released this month, based on sample tests done by BIS, Delhi’s water is the worst among 21 big cities. Tap water in Mumbai is the safest for drinking.

Of greater concern is the fact that all the samples of tap water taken from 15 out of 21 cities failed to meet one or more safety parameters during tests carried out in laboratories.

The water samples were tested on 28 parameters as prescribed for drinking water standards of BIS notified in 2012.

In the case of Delhi, 11 samples picked from different parts of the national capital, including Union consumer affairs minister Ram Vilas Paswan’s home, his office in Krishi Bhawan and several residential areas, failed to meet the norms on a maximum of 19 parameters.

In fact, four reports have been released in less than two months on the quality of water in Delhi.

While the Union Ministry of Consumer Affairs said that the tap water samples from different locations of Delhi had failed to meet the quality norms, the two other studies (one by Jal Shakti Ministry and the other by Delhi Government) says that the water supplied in Delhi's taps is fit for drinking and is, in fact, better than European cities.

Jal Shakti minister Gajendra Singh Shekhawat said, “This must be his (Paswan's) personal opinion. A few months ago, we had checked water samples from 20 locations in Delhi. All were better than European standards.”

The Delhi Jal Board (DJB), the Capital's water supplying agency, threw open its water treatment plant at Sonia Vihar and claimed the water was 100% safe.

But, Delhi BJP chief Manoj Tiwari claimed that people were "deeply scared" and "terrified of drinking the water supplied in the city which a BIS report has found to be "poisonous" and shot a letter to Kejriwal.

"I want to ask the CM how will people live in the city when its air and water are polluted? He should visit residential areas where people are ready to serve him bottles of polluted water," he said.

Meanwhile, the Congress, on its part, blamed the AAP as well as the BJP. "Aam Aadmi Party government is clearly playing with the lives of people of Delhi by supplying poisonous water. We demand a criminal case be registered against Chief Minister Arvind Kejriwal. The undrinkable water and the highly polluted air have put people's lives on the edge," Subhash Chopra, Delhi Congress President, said.

"There is a ministry of water supply in the Centre. It has failed the people of Delhi too," he said, targeting the Union government.

On an average, each household in Delhi gets around four hours of water supply per day. The Delhi Jal Board (DJB) supplies around 935 million gallons of water per day against the demand of 1,140 MGD.

(With inputs from PTI)