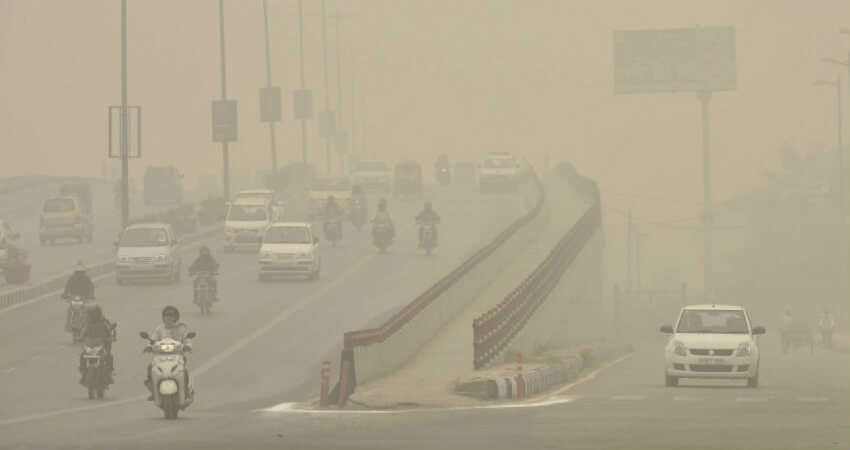 Odd-Even Scheme May Not Be A Permanent Solution For Delhi Pollution, Says SC
Air quality in Delhi-NCR continuous to be in the severe plus category in many areas as thick smog enveloped the region and schools remained closed for the second straight day. The air quality recorded in Pusa Road (777), Dwarka Sector 8 (930), Pragati Vihar (733), Noida Sector 125 (665), Noida Sector 62 (538) and Chanakyapuri, […]

Air quality in Delhi-NCR continuous to be in the severe plus category in many areas as thick smog enveloped the region and schools remained closed for the second straight day.

The Ministry of Environment, Forest and Climate Change, responding to reports that ministry officials were missing from a meeting of the Parliament Standing Committee on Urban Development in view of rising pollution levels in Delhi, said that the ministry was represented by Deputy Secretary and also from Central Pollution Control Board (CPCB).

"The Joint Secretary could not attend as she was to appear for an important matter in Supreme Court," the statement added.

Odd-Even scheme is not the solution to control pollution in Delhi: SC

The Supreme Court reprimanded the Delhi Government for the rising pollution levels in the city.

The apex court also observed that Arvind Kejriwal implemented Odd-Even scheme might not be the solution to check air pollution.

"Delhi is suffering badly, the Air Quality Index (AQI) is almost 600 even today. How do people breathe?" Supreme Court asked the state government.

The Supreme Court also stated that the Odd-Even scheme may not be a permanent solution, especially when the Central Pollution Control Board (CPCB) stated that cars constitute three per cent of pollution levels.

The Supreme Court also sought the presence of chief secretaries of Punjab, Haryana, Uttar Pradesh and Delhi on 29 November after it observed that these states failed to take effective steps to deal with air pollution levels in Delhi-NCR.

On being asked by the Supreme Court if there has been any improvement in Delhi's air quality after installation of Odd-Even scheme, the Delhi government responded saying that there has been a reduction in pollution levels by 5-15 per cent.

Putting the blame on stubble burning for pushing Delhi towards the 'emergency zone', the state government said, "The real culprit of Delhi pollution is stubble burning. Last year no study was done on impact of Odd-Even scheme."

The Supreme Court has asked the Centre to prepare a road map for installation of air-purifying towers across Delhi to handle the air pollution crisis the National Capital is subjected to.

UPDATE: Parliamentary Committee meet on pollution cancelled after no top officers turn up

As Delhi continues to gasp for air, Municipal Commissioners of all three corporations failed to show up in the meeting of Parliamentary Standing Committee to discuss the deteriorating air quality in the National Capital, CNN-News18 reported.

The key pollution meet stood cancelled after top officers, including secretary and joint secretary did not attend the parliamentary committee meeting.

Claiming that the high levels of pollution in the National Capital is because of stubble burning in Haryana and Punjab, chief minister Arvind Kejriwal on Thursday said that the Delhi government will take a call on extending the deadline of Odd-Even scheme on Monday after assessing the improvement in the air quality.

"We don't want to implement the Odd-Even scheme forcefully thereby, inconveniencing citizens. According to predictions, the air quality in Delhi is expected to improve from Saturday. "said Kejriwal

"If that happens, we won't extend the deadline. But the final decision will be taken on Monday, when the government will take a call on whether they extend the Odd-Even rule in the city, depending on the improvement or deterioration of the air quality," he said.

Senior AAP leader Sanjay Singh alleged that the BJP is trying to "politicize" a sensitive issue like pollution and the Centre is not taking concrete steps to tackle the issue.

"The BJP, on the other hand, is trying to increase pollution in the national capital. I think it is the time that the Centre clarifies why no concrete steps are being taken despite the Supreme Court's direction," Singh told PTI.

He claimed that a meeting on pollution held by Environment Minister Prakash Javadekar was not attended by state environment ministers of Haryana, Punjab, and Rajasthan.

"I request these ministers to show some seriousness towards the sensitive issue. Just to portray AAP in a bad light, you are putting people at risk not only in Delhi but also in Punjab and Haryana who are suffering due to pollution by stubble burning," he said.

'People aren't safe even inside their houses and rooms': SC

The Supreme Court pulled up the Centre and state governments over the toxic haze enveloping Delhi, leaving it choking year after year – something that could not be allowed in a civilised country, where "the right to life was (fore) most important," one of the judges said.

"This can’t go on. Delhi government and Centre can't just pass the buck to each other. People aren't safe even inside their houses and rooms," the court said.

"Why are crops still being burnt? This happens every year and the government doesn't do anything. We will call all those responsible here and settle it now," the court said, adding that it would now monitor stubble burning.

Half of Delhi's school-going population (some 2.2 million children) suffers from some or the other form of irreversible lung damage from poor air quality in the city.

Research is now showing that pollution can weaken a child's immune system and increase the risk of cancer, epilepsy, diabetes and even adult-onset diseases like multiple sclerosis.