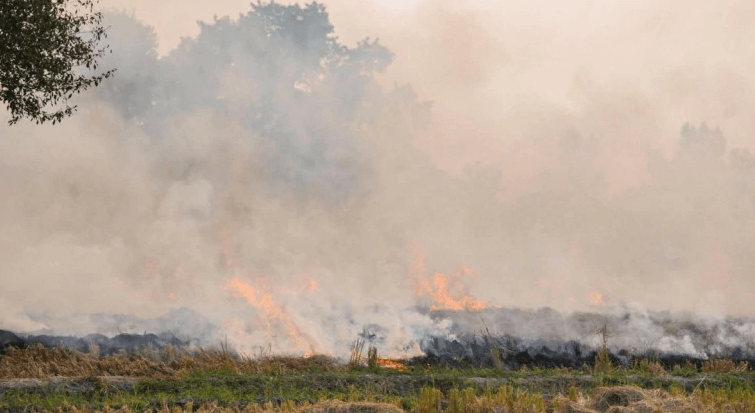 Delhi Pollution is Not Our Fault Says Farmers Of Punjab
Is stubble burning the only reason for air pollution in Delhi?

As air pollution leaves the residents of Delhi breathless, the neighboring states like Punjab, Haryana and Uttar Pradesh have been called out as they have done precious little to prevent stubble burning which has been identified as a major reason for the toxicity of the air.

In recent days, especially after Diwali, pollution levels hit their highest point in recent years. A Public Health Emergency was declared in Delhi-NCR, hospitals saw a rush of patients, schools were closed, construction activity was halted and the odd-even scheme was reimplemented by the Delhi Government.

Delhi's chief minister, Arvind Kejriwal called the city a "gas chamber" and said that his government had played its part, and blamed stubble burning to be a major source of air pollution in Delhi.

This year, there has been an increase in Stubble burning cases in Punjab and Haryana compared to the previous year with more than 5000 farm fire cases recorded by October, since counting began late September.

There were nearly 2600 stubble burning instances recorded last year in both the states in the same time frame, as per data released by the Central Pollution Control Board (CPCB).

But, is stubble burning the only reason for air pollution in Delhi?

He added that farmers burn stubble because they lack the resources to clear them from fields. The government provides subsidized happy seeders and super seeder but most of the farmers haven’t received a subsidy. The Government needs to listen to the farmers and it’s government’s responsibility to provide a viable solution to deal with the stubble problem.

A farmer in Punjab,  C. S. Grewal said, “Data shows that smoke from stubble fires contributes to 27% of Delhi's air pollution, which is a minor factor. Why is there no noise about the majority of polluting sources?”

“If the Farmer is allowed to sow paddy as per the natural cycle, he'll have more time to dispose of the paddy stubble, and even if he sets it on fire, the meteorological conditions favor an easy and rapid dispersal of smoke,” he added.

"It is sad to see that decisions that have such a direct and profound effect on the Farmer's livelihood are being taken at all levels without any consultation or representations from the farmer himself. All he's struggling to do is create food for you to consume. Unfortunately, the Farmer has been backed into a corner, which compels him to cut corners simply to survive. He must be heard, and equitable solutions found."

According to Grewal, the first step to solving the crisis is to accept the fact that the Farmer does not do this as a shortcut or out of lethargy - he has no other option. Once we accept this fact, then we examine the issue upstream, see the causes which get the Farmer to this stage and deal with them one by one.

"It is not an insurmountable issue and needs people from bureaucracy, industry, and farmers who are committed to finding a solution to come together, and work as a team. Stubble burning can be stopped by working with the Farmers, as opposed to taking an adversarial position and dictating what a Farmer should do," he said.