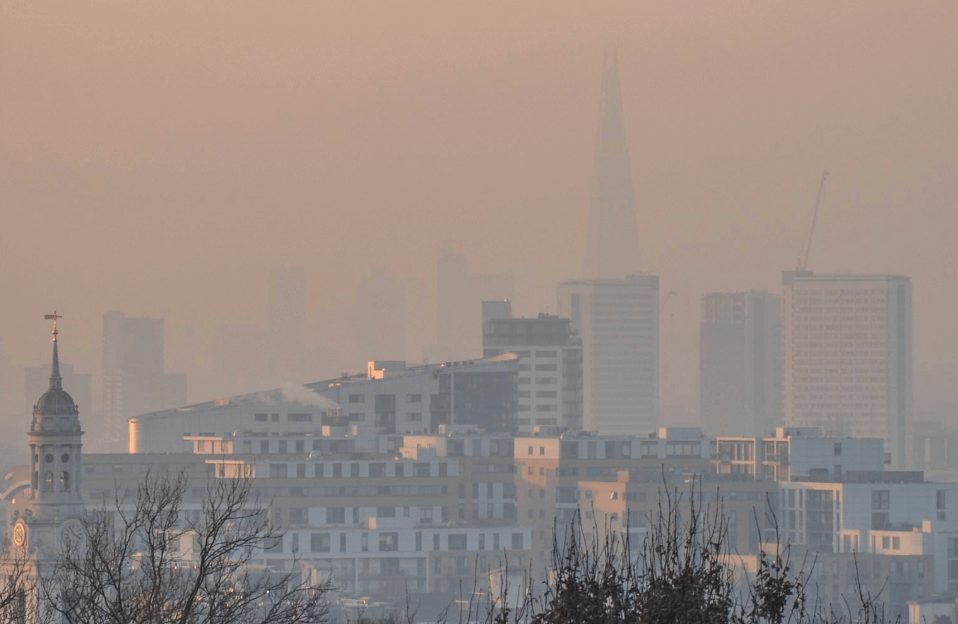 Are Countries Exporting Pollution and Waste?
In the nearly 48 years since the Clean Air Act of 1970 the United States reduced its pollution 70%. But, the US still doesn’t reach the World Health Organization’s Ambient Air Pollution Guideline limits of 2005 in many locations. The good news (for Americans) is that the continued exporting of manufacturing jobs inadvertently exports pollution […]

In the nearly 48 years since the Clean Air Act of 1970 the United States reduced its pollution 70%.

But, the US still doesn’t reach the World Health Organization’s Ambient Air Pollution Guideline limits of 2005 in many locations. The good news (for Americans) is that the continued exporting of manufacturing jobs inadvertently exports pollution and might just help them reach that goal.

Much of the US’ success in pollution reduction is due to laws and enforcement of regulations by a properly funded EPA (that’s the official story). But, as an informed global citizen I can testify that much of that reduction (or rather prevention of an increase), was also achieved unintentionally by shifting manufacturing jobs to markets where the cost of both labor and doing business is less. When multinationals seek low-cost labor in China, India, and other countries they also for all intents and purposes export pollution and waste.

Fuel quality standards and emissions standards are typically far more ‘relaxed’ as policymakers and regulators in many parts of the rapidly developing world are unaware of (or willing to ignore) the real cost to both Public Health and economic growth due to uncontrolled air, water, and soil pollution.

The leadership of the same multinationals that we often see publically commit to purchasing carbon credits to help slow Climate Change usually do very little to ensure the same pollution controls required by law and regulations in their own nations are installed or practiced elsewhere as they expand operations globally.

Many (not all) of these companies open or contract with manufacturing centers in developing nations in order to reduce operational expenditures. In the absence of regulations and enforcement, the executives make the deliberate choice to ignore installing or practicing the same pollution controls they know are required in countries with stricter air pollution laws and continuous emissions monitoring.

This apathy or conscious decision to ignore norms and standards designed to protect the public health in one country provokes myopic policymakers in the countries that are increasing manufacturing centers, in the perceived search for investment to foster growth, to accept industry that may not match the local climate and conditions. Alternatively, the policymakers are misled or allow themselves to be “misled” into believing that the facility will be “modern” and “cleaner”,  when in fact the pollution controls were never planned, or are dropped during construction.

Moreover, too often we see factory technology that is obsolete or polluting or viewed as unsustainable (and the accompanying factory tools and equipment) all bundled and exported to India and other countries precisely for the reason that laws permit the older technology with fewer pollution controls to operate. When this is done, this is the willful exportation of Pollution and air pollution.

I submit it is very unethical and even pernicious when developed nations with stricter environmental controls permit their multinational corporations to finance and create so-called “low-cost” manufacturing hubs in developing countries while ignoring the health impacts and environmental damage that occurs in the absence of the same pollution controls and processes they use back home.

One part of the solution would be if international organizations like WHO that created guidelines for countries to set standards and goals to reduce the health impacts of air pollution, or the IEA that has guidelines for energy efficiency in buildings, and more would also create health-based guidelines for:

An even more optimistic proposal would be if the United Nations were to permit international coalitions of researchers and experts to leverage science ALONG WITH the ‘precautionary principle’ to guide the creation of global health- and energy-based international standards for environment and environmental health protection. Our capability to better understand which of our choices are sustainable is improving dramatically with each passing year.

We have supercomputers, interconnected data logging devices, affordable and secure data storage, and nanotechnologies that enable us to analyze the impact of our choices of energy, chemicals, and materials. The owners of activities that we have long identified as polluting must now be required to provide ‘proof of no-harm’ before gaining approval to continue or start that activity. The status quo of requiring health and environment experts to shoulder the burden of proving harm from activities that we know involve ecological and environmental health hazards is foolish and myopic in this day and age of Sustainable Development Goals.

Only when true international standards are adopted and required globally, will multinationals be able to claim true corporate social responsibility.

China has already acknowledged that CleanTech and Clean Energy are driving the greatest economic growth and job creation. The sooner the world acknowledges that the public health and mortality of all global citizens is equally important, the sooner we can all enjoy happier, healthier, and more productive lives.

(This article was originally posted on Environmental Health Matters, a blog by Jeffery K Smith)