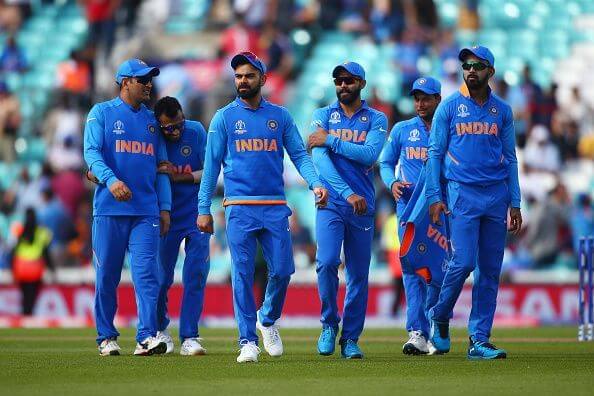 India is all set to take on Bangladesh in a T20 cricket match scheduled on November 3 (Sunday) at the Arun Jaitley Stadium in New Delhi where air pollution is a big cause of concern. Air quality has gone down to ‘’severe’’ category in the national capital.

Citizen’s led movement #MyRightToBreathe and NGO Care For Air have written an open letter to BCCI president Sourav Ganguly to shift the venue. Here’s the letter:

Let us first congratulate you on your new role as the President of BCCI. Just like you ushered in a new era for Indian cricket under your captaincy, we are extremely hopeful that in your tenure as BCCI president you will be the torchbearer for responsible sports in India.

By Responsible Sports, we would like to draw your attention to the air pollution emergency that India has been going through for the last few years, with Delhi leading as the world’s most polluted city in the world. As you are aware, air pollution levels in Delhi and NCR always worsen post-Diwali and towards the winter months. This year is no different. Current air quality (AQ) levels are hovering between “severe” and “unhealthy” with forecasts suggesting this will only get worse.

On the 3rd of November, India is scheduled to play against Bangladesh in a T20 match at Feroz Shah Kotla at a time when pollution levels are expected to be between severe to hazardous. Indian doctors and health specialists in recent years have consistently advised us to protect ourselves, our children, elderly and vulnerable during this severely polluted season and the Indian Medical Association has called this a public health emergency. It is now well understood that exposure to bad air even in the short term impacts our day to day activities and performance. The only way to protect ourselves from these hazardous levels is by staying indoors, wearing masks and using air filters whenever particulate matter (PM) levels are high. Thousands of innocent spectators at the venue will be putting themselves at risk in order to watch the match.

Even worse, any outdoor aerobic activity raises the respiration rate of the human body, thus depositing even higher levels of toxins into our lungs and organs. This puts our sportspeople at even greater risk when they play outdoors. Any match played outdoors harms the health and very lives of the players and it is irresponsible to schedule such sporting activities during times of such toxic air quality.

In December 2017 we had the Sri Lankan team playing a test match at Feroz Shah Kotla where multiple players had breathing issues because of extreme pollution, some players even got sick, were continuously vomiting and the team had to take the field post-lunch wearing pollution masks. National and international media covered this episode. The sight of cricketers playing one of the most loved sports wearing pollution masks paints a very sorry picture in front of the world and it can be completely avoided with some smart scheduling.

In the light of extreme pollution in Delhi, we would like to request you to consider shifting the venue for the first T20 outside of Delhi. Making our cricketers play a physically demanding sport for 3-4 hours in Delhi’s toxic air will end up doing more damage to our cricket team’s health in the long run. We would also like to request you to consider setting up responsible sports protocols that take into consideration the AQI of venues and cities while scheduling cricket matches to be it domestic or international.

We have been writing to government departments and corporates since 2015, asking that all outdoor aerobic activity for AQI levels of more than 250-300 be immediately suspended, without exception.

We hope you will give our request the attention it deserves, as we feel very strongly about this. Thank you most gratefully for supporting us in our attempts to keep our fellow citizens and others safe.

Though Sourav Ganguly, President of BCCI has acknowledged the fact that air pollution is a serious issue in New Delhi, but said it’s too late to change the itinerary.

“It’s too late to do anything because a lot of preparations go into matches like tickets and crowds. So, it’s impossible to cancel things at the last moment. Fingers crossed.” said Ganguly.

He added that in the future they will be more practical when it comes to scheduling of matches, especially in the northern part of India during winters.

(My Right To Breathe is a citizens group made up of concerned mothers, lawyers, academicians, urban planners, teachers, technical experts, Resident welfare associations, etc. who all care for cleaner air faster.)