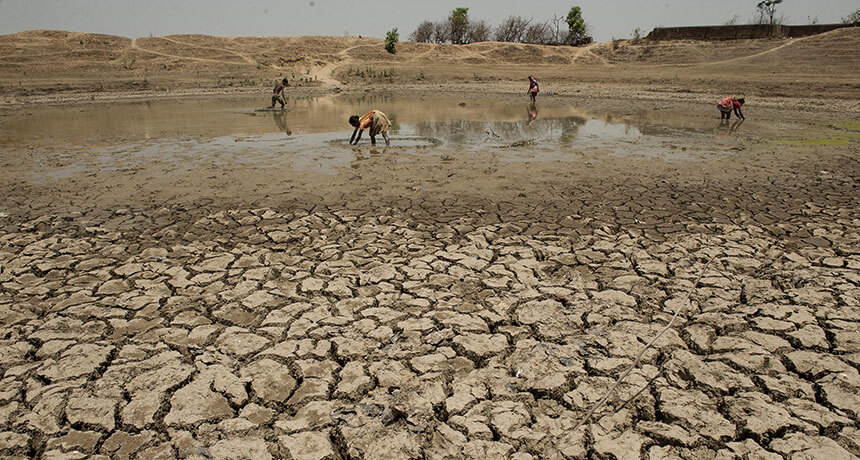 We Are The Cause Of Exploitation Of Resources
Human beings, at least on this planet, are the most sophisticated and complex form of creation. Being humans, we have been blessed with the ability to consciously change according to changing situations as well as to bring about changes as per our will. By the grace of this ability, we went on making changes around […]

Human beings, at least on this planet, are the most sophisticated and complex form of creation. Being humans, we have been blessed with the ability to consciously change according to changing situations as well as to bring about changes as per our will.

By the grace of this ability, we went on making changes around us. Today, our change centric actions have led us to various environmental problems such as pollution, water crises, climate change and so on. Talking about these problems we can vaguely point at many factors such as industrialization, lack of awareness, overpopulation, neediness, governments, etc.

Initially, humans believed in muscle power and strived for dominance. We surely do now as well, but now that some have shifted to brainpower, the reality of life has been projected in front of them clearly.

Humans have always thought of the universe to be human-centric; humans even thought that all the planets and sun revolved around the earth. Gradually, they came to a realization that the universe isn’t human-centric and we are just a speck of dust in this infinity.

Look for happiness within

Even when it was clear to us that we are here just to experience the grandeur of life, still we always found something to be missing. As a result, we kept on exploiting the resources in order to manifest something greater than what we already have.

We always kept postponing our happiness; we always externalized our bliss and went on changing things around us in search of bliss.

If we were to observe, we would find that the one who exploits nature and the one who preserves it is both doing so in the search of bliss. One acquires happiness in exploiting mindlessly and one in staying in the lap of Mother Nature.

Our need to fix

One of the fundamental causes of most of the misery on the planet is the tendency of humans to fix the things around them when in fact everything around us is perfectly fine and the most important task is to fix ourselves from within.

If we would have learned to walk on this planet joyfully, gracefully and with content, then we wouldn’t have bothered to damage it!

We need to change

Today’s environmental issues definitely need to be handled on a war footing but it’s important to fix the fundamental cause along with addressing the consequences. Blaming others and railing against someone might temporarily seem to be working but it’s an absolute waste of energy.

In actuality, it’s upon all of us to learn to manage our mind, body, and emotions and take our consciousness at higher levels in order to nurture a better generation ahead.

There is a complete science on how to be a better human, but my primary intention through this article is to highlight that most of the problems on the planet have arisen due to our own inability to handle our complex brains and nurture our own individual consciousness.

The greatest thing we can do is to learn to manage ourselves to be blissful, accepting, caring, loving and understanding in all situations.

(Shambhavi is a 16-year-old girl diving into different aspects of life like spirituality, fitness, music and most importantly, self-improvement. She aspires to explore new dimensions of life and help everyone to be the greatest versions of them. She also runs her youtube channel)