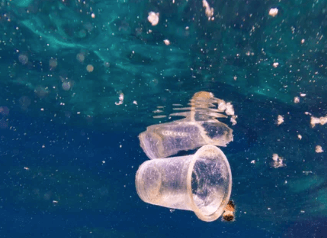 Microplastics, a very common word people or climate enthusiasts use these days to describe the micro-level particles of plastic that occur in various geographical environments and caused due to plastic pollution.

What is Offshore renewable energy?

To help you gradually deep dive into the topic, I will start by snorkeling around the concept. With the climate change scenario on the brink of pushing our planet into the manmade dark hole (not black hole), we need to be very careful while choosing the type of energy we wish to use at our homes and for industrial purposes.

Renewable energy is widely used everywhere, mostly solar, hydro and wind. We also have our hands-on tidal and wave, supplying energy to small areas in and around the coastline.

Offshore renewable energy, introduced to harness the energy readily available from the vast ocean network has become a trend in the energy sector in the last couple of years. There are offshore windmills, tidal energy plants and the movement of the strong currents or waves that help us produce renewable energy. Recent information on the production of solar energy by some advanced eastern countries as offshore plants also gives us an idea of why this is becoming a huge trend among RE production companies.

Now scuba diving a little deeper into the ocean of this topic, you see beautiful marine life and coral reefs but if you look closely, you see yourself swimming in between these tiny plastic particles we named as microplastics. Microplastics are not degradable; hence, once it is out there in the wild unless you lock it away like a zoo animal, it will keep wandering. Most of these particles end up inside fish and other aquatic animals. Found majorly in oceans and freshwater ecosystems, they affect the livelihood of millions of fishermen.

To give you a small scenario, let us say you are standing on the streets trying to open a frozen yogurt cup but it’s slippery because it’s melting from outside. So you try opening it with your mouth or hand or a pen and end up breaking a small piece of it, but you throw it down (into a drain nearby) since you were unsuccessful in opening the lid and continue with the struggle. By the time you open it and enjoy the partially melt yogurt, the small part that you threw into the drain has flown into the main drain where hundreds of thousands of such particles get collected!

This main drain then flows into an ocean and by the time you finish your lovely yogurt, some random fish named Andy has eaten that tiny particle and is inside of him. Andy's body tries to digest it but is a partial success and the next morning when a random fisherman named Bill is out for fishing, he catches his first slot in which Andy is stuck because he could not swim faster to escape because of your yogurt lid particle. So now, your butler buys some fish sold out fresh in the market in which Andy is lying dead by coincidence.

Therefore, in 24hrs starting the moment you threw that particle into the drain, you will be eating it in your lunch because those particles are so small and eroded, you will not be able to clean it out enough.

Long story short, microplastics can reach the oceans in any way possible along with affecting aquatics species, and also the lives of people on land, directly or indirectly. What I explained was a direct method. The indirect method is how it is affecting the offshore renewable energy technology. Offshore technology requires high maintenance as the parts of the power plants like turbines, gearboxes and the structures of the plant itself are in constant contact with the saline water of the ocean.

Science and technology have helped with the corrosion effect by using certain chemical substances to slow down or prevent it. However, tons of microplastics in the ocean affect the life of these corrosion-preventing substances by the process of leaching.

This, in turn, releases harmful substances into the ocean, hence looping us in a vicious cycle. This leads to the high maintenance of offshore RE power plants and continual shutdowns that result in inconsistent energy supply to a large number of rural villages who rely on this energy for their day-to-day activities.

Now, you may ask, did all this happen because of my yogurt lid? Not necessarily, because millions of tons of plastic wastes and other non-biodegradable wastes in the environment found right now in the oceans, on shores and in landfills are not because of your one yogurt lid. No miracle happens in a day when it comes to changing the habits or material usage lifestyle of households and industries.

Hence, we can reduce the usage of non-biodegradable substances or anything that relates to your yogurt lid material and may harm the environment on an individual level. If everyone just takes up their own responsibility to reduce waste and plastic pollution, we might just make it and be able to save ourselves from the dreadful effects of climate change.

(Shraddha is an energy engineer working towards an interdisciplinary approach in sustainable development, energy optimization and green energy to solve climate change issues. She can be contacted on Twitter and Instagram)